Accessibility links
Edward Brooke's Life in the Breach Former Sen. Edward Brooke (R-MA) made history in 1966 by becoming the first African-American elected to the U.S. Senate since Reconstruction. The Massachusetts senator talks to Tony Cox about his new memoir Bridging the Divide: My Life and the role race should play in evaluating a politician.

Former Sen. Edward Brooke (R-MA) made history in 1966 by becoming the first African-American elected to the U.S. Senate since Reconstruction. The Massachusetts senator talks to Tony Cox about his new memoir Bridging the Divide: My Life and the role race should play in evaluating a politician. 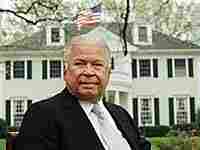 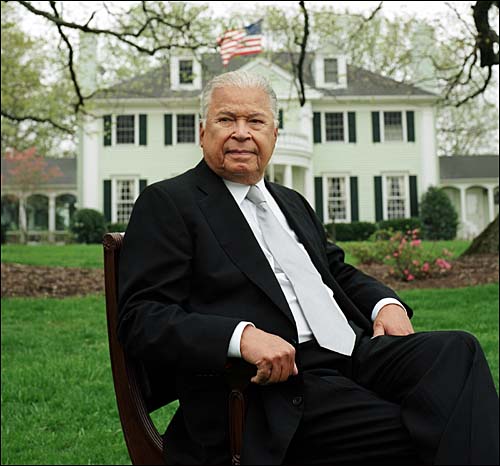 Before Carol Moseley-Braun, before Barack Obama, a Republican from Massachusetts broke the Senate's color barrier. Edward Brooke made history in 1966 as the first black senator elected since reconstruction. His victory left people wondering how in the world did a black Republican win over the predominantly white liberal state of Massachusetts? For one thing, Brooke may have been a Republican but he was also fiercely independent. For example, he spoke out against the Vietnam War. Now Senator Brooke has written a memoir "Bridging the Divide: My Life."

NPR's Tony Cox spoke with the senator about his book and a deadly health scare.

TONY COX: You were diagnosed with breast cancer in 2002, how are you doing now?

COX: Well, I'm glad to hear that you are doing well. Let's talk about Edward Brooke the politician. You say in the book that you have been criticized for being a Republican but you never regretted it. And you also say that moderates dominated the party back then, and that that was your attraction to join. Now the moderates don't dominate the GOP anymore and with a range of missteps from Tom DeLay to Scooter Libby and the lists goes on - would you still be, Senator, attracted to the GOP if you were starting out today?

Mr. BROOKE: The answer, Tony, is yes. And if your question is why, my response would be because that's where I'm needed the most. I don't intend to leave the Republican Party, but I would like to move the Republican Party more to the center. We've rejected the right. We've rejected the left. I think centrism is where America is where it should be, and I hope our party will move in that direction.

COX: You know you had interesting relationships with a number of people during your political career, not the least of whom was Richard Nixon, the president. And you talked about your relationship with him. My question, my first one with regard to Nixon is this, you were a supporter of his, although you say in your book that your relationship with him soured over the so-called Southern Strategy that he employed to gain support of the Dixie-crats and his opposition to extending the Voting Rights Act of 1965, which was something that you pushed very hard for, and yet, Senator, you turned around and supported his reelection in 1972. How do you explain that?

Mr. BROOKE: Richard Nixon was a very complex man. I don't think he was a conservative, nor liberal, not even a moderate. He was a pragmatic politician. He loved politics. He loved being in power and he loved foreign policy. He didn't focus well on domestic policies at all. And I think adopting a Southern Strategy, which he told me he would never do, enabled him to win elections.

And he was appealing. And I said to him, Mr. President, you're appealing to the worst instincts in men. You're preying on racial politics and that's wrong. It's morally wrong and you should not adopt it, and the party should not go down that road. We went down that road with Barry Goldwater in '64 and we were rejected, overwhelmingly, in the country. And I said, we should've learned a lesson and I think we should move forward with more centrist party.

On the other hand, I had been working on China for years and they were completely isolated. We didn't know what they were doing, and I thought we ought to do something about this - have some exchange. So one day, the president called me to the White House and he and Henry Kissinger were standing, or sitting, rather, when I came in. And he said, Ed, I want you to know that Henry and I have been listening to what you've been saying up there in the Senate, and he said, we're going to do something about it.

And I said, yes, Mr. President. What? And he said we're going to send a ping-pong team to China. Well, I said, well, Mr. President, that's not exactly what I had in mind. And he smiled and he said oh, don't underplay it, it's an important first step. It was an important first step, as we well know now. China is recognized and has become one of our largest trading partners.

COX: But do you think that that was a worthwhile tradeoff to support Nixon because of his foreign policy, even though, his domestic policy was one that hurt us, your people?

Mr. BROOKE: Well, there was more than that. I had some influence, I think, again with Henry Kissinger that I have high respect for in Nigeria, that we should not get engaged in that, what I perceived to be an internal matter; it's not a civil war brewing in Nigeria.

There are many others that I could cite, things that Richard Nixon did in foreign policy. I know he will go down in history and be perceived as - on the basis of Watergate, and you may remember, Tony, said - around at that time - I was the first United States senator, I believe, who called for his resignation. And I said to him, Mr. President, I think you've lost the faith of the American people. I think, in the best interest of those people, of your party, of your family and of yourself, you should resign.

And he said, Oh well, that would be taking you the easy way out. I said, Mr. President, I know what you did to get there. I campaigned with you. To give up the most powerful political position on earth is not taking the easy way out. I think you should step down because I'm - I learned how to count when I came here to Washington, and I believe the votes are there for impeachment, and you don't want to put the country through an impeachment.

COX: Well, speaking of foreign policy versus domestic policy, you and Dr. Martin Luther King also had opposing views on Vietnam. You supported a draft, Dr. King did not. Here is a clip, Senator, of a statement that you made about Dr. King's politics on the war. This was back in the '60s.

COX: You have the benefit of looking back over 40-some odd years at that statement. Do you still believe it?

Mr. BROOKE: I got to know him somewhat well. I had great respect for him and what he was doing. And I was careful that, at that time, that he may lose that position, not be effective, if he came out and advised the men not to go to war if they were drafted, and that disturbed me. And I said to him - I said, Martin, do you think that by coming out as you have and calling upon young men to resist the draft, etc., is the best policy at this time in your career and in the - and in this climate in the country today? And he said, no. He said, you know, Ed, I was a preacher of the word of God before I became a civil rights leader. And that was his position. I respected him.

Mr. BROOKE: Tony, we have improved in many areas. In housing, in jobs, you still have 25 percent of African-American unemployment. You've got more black males in jail than in college. You've got poverty, which all these issues - I could go on and on and on, I have a litany of them - cry out for solution and we made recommendation. It wouldn't have solved all the problems of the country, but it certainly would have put us much further along in improving the plight of African-Americans in the United States.

COX: Let's talk about some of the contenders for president this time around, because you, in fact, were mentioned as a vice presidential possibility for either Nelson Rockefeller or Richard Nixon back in 1968. Let's talk first about Barack Obama. Like you, he is the only black man in the United States Senate -like you were - and you both shared White House aspirations as I've already mentioned. From your perspective, Senator, where does Barack Obama's candidacy go, and what impact do you think it will have on November 2008 and beyond?

Mr. BROOKE: I've never met Senator Obama. I've talked with him on the phone. I congratulated him on his victories and ascending to the United States Senate. I watched his campaign very closely. But I think it would be wrong for the country to be making a decision - and the Democratic Party, to (unintelligible) of course, between a white woman candidate and a black male candidate.

Mr. BROOKE: This country is in such dire straits in so many ways, and in the troubled world we live in, it's a dark world - we need the best person we can get for the presidency.

COX: Let me interrupt to ask - I'm sorry, Senator. Are you suggesting that neither Barack Obama nor Hillary Clinton are the best for that position?

Mr. BROOKE: I don't know. I think it's too early. I think the campaign is too long. I'm looking for the best person irregardless of political party, of race or religion, or color of their skin. Those things don't matter to me. I want someone who's qualified, who has a qualification to character and the integrity to do the things that have to be done to save this world.

COX: Now of the candidates on the Republican side, then, who so far might fit that bill? Would it be Romney, would it be Giuliani, McCain perhaps, or even Fred Thompson?

COX: As a former United States senator, and politician, and a black man, would you, on that basis alone, consider casting your vote - party affiliations aside - for another black man to be president of the United States?

Mr. BROOKE: If you're asking me, Tony, whether I would vote for Barack Obama because he's a black American, an African-American, my answer would be no. He would have to be the best person that is being offered by either one of the two political parties.

COX: Thank you very much for coming on. I appreciate it, I wish we had more time to talk.

Mr. BROOKE: I wish we did too, Tony. Thank you very much for this opportunity. 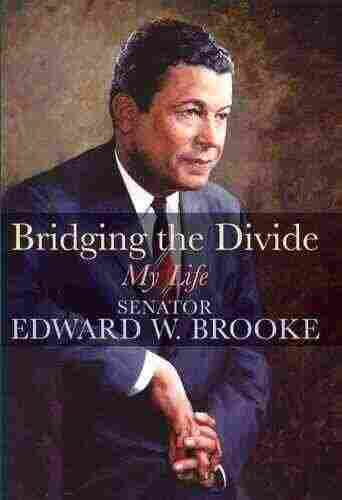