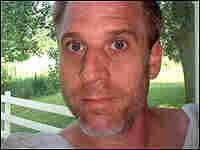 Jack Logan infuses his many songs with a novelist's sense of humanity, as well as caustic wit. hide caption

Would Jack Logan have been better served by a more conventional debut — say, 10 or 12 songs covering a more narrow stylistic range? 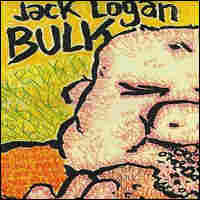 When it was released in 1994, Jack Logan's homemade debut Bulk attracted attention — and some derision within the music industry — for its staggering number of songs: 42, arranged in nine LP-style "sides" on two CDs. It took a few lumps for the bold range of styles he attempted, from scruffy post-punk screamers to gentle country weepers to dark character studies like "Shrunken Head" (audio).

Equally remarkable, and more obvious with the benefit of hindsight, is Logan's sharply developed songwriting, a distinctive approach he arrived at on his own through years of trial and error. No matter where he goes stylistically, Logan brings along a novelist's sense of humanity, as well as a wry, caustic wit and an ability to set scenes with just a few words. As he follows the waitress who's just finished her shift in "Fifteen Years in Indiana" (audio), he describes the smell of the Dumpster she passes on the way to her car (it's "giving off a scent, something cold and damp, something rotten"), and then gets around to describing her ("She's prettier than this / It's only that she's tired.") Like much of Bulk, the song might not last long, but within a few verses, Logan has conjured a believable little world. When, as often happens, those worlds are visited by terrible tragedy, Logan doesn't play up the pathos. Like the Southern Gothic writers who serve as a discernable influence, he talks "around" specific events, letting the somber music — as on the majestic "Floating Cowboy" (audio) — fill in the details.

Logan grew up in Illinois, but after high school he and his buddy Kelly Keneipp moved to the outskirts of Athens, Georgia, and began working as mechanics, while recording informally with various local musicians. (Among his early champions were Vic Chesnutt and Peter Buck.) Logan eventually sent some of their casual tapes to several record-business types, including Peter Jesperson, who'd helped guide the early career of The Replacements. Jesperson signed Logan to his label, Medium Cool Records, and the two of them went through the more than 500 songs Logan had documented in 10 years to arrive at the final 42. The album drew lots of media attention but didn't exactly burn up the charts. Since then, Logan has released a series of smart records (one of his groups is called the Compulsive Recorders), many of them made in professional studios. Bulk sounds lo-fi by comparison, but even in less-than-perfect audio, these songs stand out as the work of a prodigiously talented writer who, from the very start, has had more to offer than the industry could handle.