Accessibility links
Reflections On Race: Essays From The Archives Dan Gediman, executive producer of NPR's This I Believe, explores the archives of the original series hosted by Edward R. Murrow in the 1950s. He says the essays shed light on the realities of segregation at the dawn of the civil rights movement.

Gediman explores the 'This I Believe' archives.

Reflections On Race: Essays From The Archives

Reflections On Race: Essays From The Archives

Gediman explores the 'This I Believe' archives. 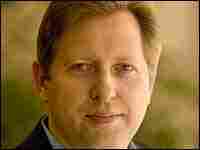 Dan Gediman, executive producer of the current This I Believe series, says listening to essays from the 1950s helped him "understand the courage required for blacks and whites to follow the moral compass in their souls." Nubar Alexanian hide caption

I was born in 1961 and raised in suburban Boston. For me, racism and segregation were stories in the news but not something I had any direct experience with. In my neighborhood, there were two black families, and I went to a largely integrated school all the way through high school. I don't recall hearing any of my friends, nor indeed any of the other kids at school, refer to any of the black kids in a demeaning or insulting way.

Years later, as an adult, I moved to Louisville, Ky., where I still live. Like many American cities, Louisville had its urban race riots in the 1960s and protests over forced busing in the 1970s. But by the time I moved there in the mid-1980s, that unrest was largely a thing of the past.

So racism isn't something I've had much direct contact with in my life — until I encountered a dusty, old book called This I Believe, which was an anthology of essays from a popular program on CBS radio in the 1950s. The book, and audio recordings I found later, featured the stories of people, black and white, who had lived through dramatically different times than I had. There was an essayist who told of his grandfather, who was a slave. Another mentioned his grandfather fighting for the Confederacy in the Civil War.

And I realized that even with all the history books I had read and all the documentaries I had seen, I really had no idea what it had been like to live in America during the Jim Crow era. Yet in listening to these powerful statements of belief, I heard history come to life: people living in segregation talking about segregation.

"Forty-six years ago, I was born a Negro in America," Harry McAlpin begins. "For this, of course, I was not responsible, though I am proud of it."

When he wrote his essay, McAlpin was an attorney in Louisville. He had been a distinguished newspaperman and the first African-American journalist to attend a White House press conference during the Franklin Roosevelt administration. McAlpin continues:

It takes a great deal of patience to accept the customs of some sections and communities, to try to fit into the crossword puzzle of living the illogic of a practice that will permit me to ride on the public buses without segregation in seating but deny me the right to rent a private room to myself in a hotel ... or the illogic of a practice which will accept me and require me to fight on the same battlefield, but deny me the right to ride in the same coach on a train.

The stories McAlpin and other This I Believe essayists told gave me a much better understanding — at a visceral, gut level — of what it was like to be an African-American in the 1950s. Even though life for many blacks hadn't changed much since Reconstruction, there was hope that the burgeoning civil rights movement would improve race relations in the United States — maybe not immediately, but in the years to come.

"I look at my children now and know that I must still prepare them to meet obstacles and prejudices," says Jackie Robison, the first black to play Major League Baseball:

But I can tell them, too, that they will never face some of these prejudices because other people have gone before them. And to myself I can say that, because progress is unalterable, many of today's dogmas will have vanished by the time they grow into adults. I can say to my children: There is a chance for you. No guarantee, but a chance.

Even with the day-to-day indignities of racism, some black Americans saw the occasional sign of progress. Billy Eckstine was a popular jazz and pop vocalist in the 1940s and '50s. His big band nurtured the early careers of Charlie Parker, Dizzy Gillespie and Miles Davis. Eckstine explains:

Recently, I made my first tour of the deep South in many years. As a Negro entertainer, I had some misgivings about the tour. But instead of supporting the wholesale segregation and bigotry of the past, I found people were genuinely interested in bettering their attitudes. They recognized the errors of the past and were anxious to correct them. A policeman in Alabama stopped me on the street one day and asked, "How they treating you down here?" When I told him I had no complaints, he replied, "That's good, we're trying hard." ... It proved to me once again that there is a basic goodness in all people. Warmth and decency don't belong to any one race. ... I don't kid myself that it's easy to accept everyone as a friend. My faith in people has been shaken at times by the cruelty and thoughtlessness of some individuals. ... But human dignity has never failed to win whenever it came to a showdown. That's why I have unfailing faith in the future.

Not all African-Americans in this period were as hopeful as Billy Eckstine and Jackie Robinson, whose fame gave them advantages other blacks likely didn't share. The experiences of Will Thomas may have been more common to the times. Born in Kansas City, Thomas traveled the country earning money at jobs ranging from newspaper writing to boxing. By 1946, though, Thomas had become so disgusted with how he had been treated that he decided to renounce his citizenship and move his family to Haiti, where he hoped they would escape racial prejudice. Thomas admits:

When I reached this point, I had become an unbeliever in both God and country, for it seemed to me that racial segregation, and all that it implied, was as rigid on the spiritual as on the temporal plane. ... I had condemned my country and my religion because I had only viewed what seemed wrong in both. ... But when I was able to remove the blinds of my own prejudice, it became clear that these failures, these flaws in church and state, were human failures, human flaws, and not mere self-willed bigotry. And that within each, there were and always had been many who had worked and fought for what was right. I think the core of my earlier bitterness had been the conviction that I had been denied my birthright of human dignity. But I know now that is something which cannot be given or taken away by man.

Blacks weren't the only people considering their place in society. There are quite a few This I Believe essays from the 1950s that feature white Americans talking about race relations. One story came from Amy Vanderbilt, the author of the bestseller Amy Vanderbilt's Complete Book of Etiquette. Vanderbilt recalls:

When my eldest son was a little boy, we were on a Fifth Avenue bus. He kept turning around to smile at someone I couldn't see. When we got off, this person did, too, and I saw that she was an elderly Negro. "Your little boy likes me," she said with some surprise. "He don't seem to notice any difference in me at all, like I was his own grandmother. How's that?" "Because," I replied, "he's never been taught by the grown-ups around him that there is a difference." Children uncoached in prejudice and class-consciousness enjoy people for what they are. As they mature, our society soon sets them right as to their place in it. More often than not, they accept this place without question, and thereby shut themselves off from warm human contact with many of their fellows.

In listening to these essays, it became clear that many white people — or at least the ones Murrow invited to appear on his "This I Believe" series — sincerely wished that circumstances would improve for African-Americans. But few whites had as much power to actually effect change as President Harry S. Truman. The grandson of slave owners, Truman desegregated the armed services in 1948. Many people believe that to be one of the first major successes of the civil rights movement. He recorded his "This I Believe" essay in 1953 shortly after leaving office, and he used his statement to call Americans to action:

I believe that our Bill of Rights must be implemented in fact. It is the duty of every government — state, local or federal — to preserve the rights of the individual. I believe that a civil rights program, as we must practice it today, involves not so much the protection of the people against the government, but the protection of the people by the government. And for this reason we must make the federal government a friendly, vigilant defender of the rights and equalities of all Americans. I believe that we should remove the last barriers which stand between millions of our people and their birthright. There can be no justifiable reason for discrimination because of ancestry, or religion, or race or color. I believe that to inspire the people of the world whose freedom is in jeopardy, and to restore hope to those who have already lost their civil liberties, we must correct the remaining imperfections in our own democracy. We know the way — we only need the will.

The period when these essays first aired was a time of tremendous fear and upheaval for whites and blacks alike. The Supreme Court was releasing its decision in the Brown v. Board of Education case, and a black teenager named Emmett Till was murdered in Mississippi for whistling at a white woman. It was a time that challenged people to walk the talk of their supposed religious and political beliefs, rather than continue to accept the status quo they were born into. This was part of the history lesson that Louisvillian Harry McAlpin taught me in the conclusion of his essay for This I Believe:

It takes a great deal of courage to put principals of right and justice ahead of economic welfare and well being, to stand up and challenge established and accepted practices, which amount to arbitrary exercise of power by petty politicians in office or by the police. Trying to live up to my beliefs often has subjected me to both praise and criticism. How wise I have been in my choices may be known only to God. I shall continue to pray, therefore, a prayer I learned in the distant past, which I now count as my own: "God, give me serenity to accept the things I cannot change, courage to change the things I can, and wisdom to know the difference."

By airing essays like this on national radio, Edward R. Murrow and his producers were encouraging Americans to reconsider long-held laws and social customs. By bravely stating their beliefs in such a public forum, the essayists were giving voice to a growing movement for civil rights in the country. Listening back to these old This I Believe programs more than 50 years later has helped me understand the courage required for blacks and whites to follow the moral compass in their souls.

Dan Gediman is executive producer of This I Believe.