Accessibility links
Movie Music 2009: Oscar-Nominated Scores Tucked in among the Oscars for Best Actor, Best Actress and Best Picture is a lesser-known category: Best Original Score. Film-music specialist Andy Trudeau has come to discuss the nominees every year since the 68th Academy Awards. 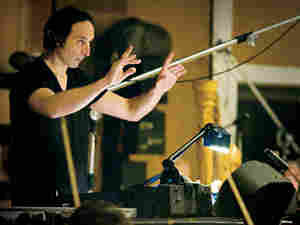 Sunday night is the night when the 81st Academy Awards will be announced at the Kodak Theater in Hollywood. Tucked in among the Oscars for Best Actor, Best Actress and Best Picture will be an important but lesser-known category: Best Original Score. Film-music specialist Andy Trudeau has come in to discuss the nominees every year since the 68th Academy Awards.

The rules for the nominated scores seem to change every year. Last year, studios were told not to send recordings of the nominated scores to Oscar voters — a move Trudeau assumes was made so that voters would make their decisions based on how the music works within the context of the film.

This year, however, sending recordings is acceptable.

"I guess someone decided that hearing the music is a good thing," Trudeau says. "Works for me, but we'll see what happens when Oscar 82 rolls around."

Noticeably absent from this year's list of nominees is the score for The Dark Knight, written mostly by Hans Zimmer and James Newton Howard. The Academy gatekeepers originally counted up the number of composers who had a piece of the score and decided that there were too many cooks in the kitchen. After a second listen, it was determined that Zimmer and Howard wrote enough to make the score eligible for nomination, but the honor was not awarded after all.

"Call me old-fashioned, but if I had a ballot, I'd go for a score with strong melodies, crystalline orchestration; one that takes us on an emotional journey," Trudeau says.

This year's music alphabet begins with the letter "C," for The Curious Case of Benjamin Button. The score is by Frenchman Alexandre Desplat, who was nominated for his soundtrack to The Queen two years ago. As a painter in sound, he applies his colors with great care. In almost every cue, you can hear each of the various thematic threads he's weaving together. When a melody's called for, he can melt your heart. For a film about a man whose body grows younger as he grows older, Desplat wrote melodies "that could be played both forward and backward." 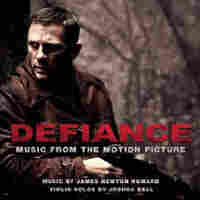 James Newton Howard, who composed the score for Defiance, has been around the block a few times with previous nominations -- including those for Michael Clayton, The Village and The Fugitive. For a picture set during WWII on the eastern front, Howard's score is a model of restraint. Much of the musical argument is in quietly pulsing percussion or low string registers. Since a pair of Jewish freedom fighters are at the heart of the movie, there's writing for solo violin. But unlike in Schindler's List, where the fiddle is strongly spotlighted, Howard usually blends it into the texture. Just as Yo-Yo Ma has become the designated cellist for quality film scores, so has Joshua Bell become the violinist to call. He performs the solo work here. 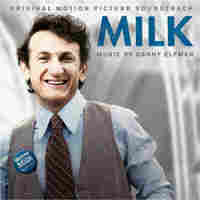 The score for the biopic Milk is by Danny Elfman, perhaps typecast for those wonderful will-o-the-wisp themes that he's written for costumed heroes from Batman to Spider-Man. When he does get a dramatic film to score, critics tend to take notice. Two of Elfman's three previous Oscar nominations were for Big Fish and Good Will Hunting. Milk gives him another opportunity to show that he's not a one-trick pony. Elfman admitted that scoring Milk was a tough challenge: He had to create an equivalent in music for the determination shown by the film's subject, California's first openly gay politician, Harvey Milk. He gave it his best effort in a cue titled "Harvey's Theme." Elfman's score is traditional, in the sense that the music charts an emotional course. 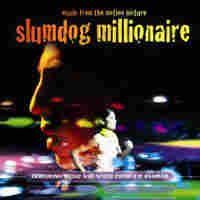 There's very little that's traditional about this year's fourth Oscar nominee: Slumdog Millionaire, with music by A.R. Rahman. Here's a soundtrack that just wants to rock. Rahman is a performer, producer, sound mixer and composer who's got a huge following for his Bollywood scores. Not unlike soccer, he's hugely popular everywhere in the world except the U.S. Slumdog Millionaire is very much a song score, where the tunes provide atmospheric backdrop and the lyrics sometimes move the plot along. Usually, a film score set in exotic places tries to blend West and East. Rahman delights in just letting them collide. In addition to Best Original Score, Rahman has two songs nominated, as well. Count on hearing a lot of his music Sunday night. 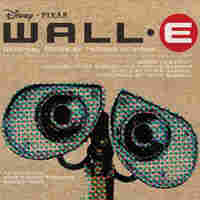 This list ends with Thomas Newman's music for Pixar's animated film Wall-E -- the composer's first science-fiction score. He's not lacked for previous Oscar nominations; his work includes The Good German, Lemony Snicket, Finding Nemo, Road to Perdition and one of my favorites, American Beauty. Wall-E shows his wonderful ability to make music out of weird vocal sounds, off-kilter tunings and melodic fragments. Just about everything is in this soundtrack, including the kitchen sink. This track sounds like a nod to Henry Mancini's Pink Panther.