Accessibility links
Illinois Governor Calls For Burris To Resign Gov. Pat Quinn called Friday for fellow Democrat Roland Burris to resign from the U.S. Senate and implored Illinois lawmakers to quickly pass a law setting up a special election to fill any vacancy. 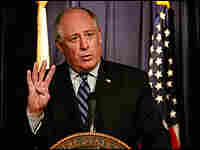 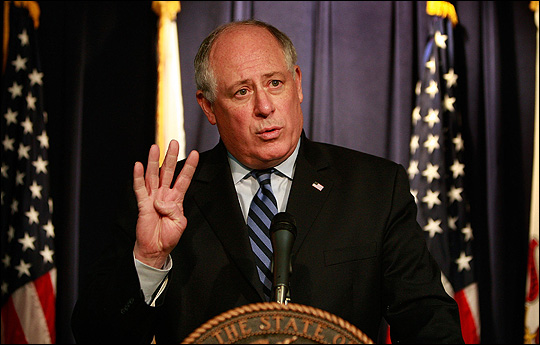 Gov. Pat Quinn called a news conference to press for the resignation of fellow Democrat Sen. Roland Burris and to urge lawmakers to change the way Senate vacancies are filled.

Quinn Chimes In On Burris 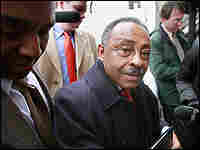 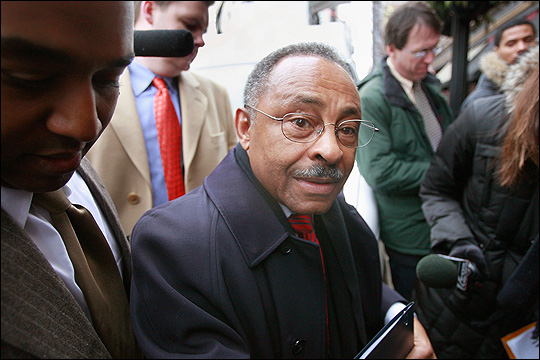 Sen. Roland Burris arrives for a City Club of Chicago luncheon on Wednesday.

Gov. Pat Quinn called Friday for fellow Democrat Roland Burris to resign from the U.S. Senate and implored Illinois lawmakers to quickly pass a law setting up a special election to fill any vacancy.

The White House also stepped into the fray Friday, with press secretary Robert Gibbs saying Burris should "come up with an explanation that satisfies" questions about the conflicting statements that have clouded his brief tenure in the Senate.

Burris gave no indication that he would step down. He was on a listening tour of the state Friday and was not speaking publicly about the controversy. A Burris spokesman said the senator is asking the public and officials to stop the rush to judgment and to allow all the facts to come out.

Meanwhile, the man who has served as chief of staff for Burris is leaving the job. Darrel Thompson is going back to work as a senior adviser to Senate Majority Leader Harry Reid.

Thompson said in a Friday statement he was temporarily detailed three weeks ago to serve as Burris' chief of staff and that the role ended Friday.

It was not immediately clear who would replace Thompson.

Gibbs said Burris should take time this weekend to think of "his future."

Quinn praised Burris as an honorable man but said a shadow hangs over him after revelations the senator attempted to raise money for the disgraced governor who appointed him and failed to disclose multiple conversations with advisers.

Burris should do what's best for the people of Illinois, Quinn said.

"To step aside and resign is, I think, a heroic act and I ask Roland to do that," the governor told a Friday news conference.

In the event Burris does resign, Quinn beseeched lawmakers to quickly pass legislation to fill any Senate vacancy by special election rather than gubernatorial appointment.

The fledgling senator gave no indication of heeding the growing calls for his resignation, continuing Friday with his listening tour of the state but refusing to speak publicly about the furor surrounding him. Messages seeking comment on Quinn's statements were not immediately returned.

Burris testified before the Illinois House committee that recommended Gov. Rod Blagojevich's impeachment in January that he hadn't contacted key Blagojevich staffers or offered anything in return for the Senate seat vacated by President Barack Obama.

Quinn's pleas for Burris to step aside joined numerous others in recent days.

"When you're under oath I think most people expect you to be honest and tell the truth, and Sen. Burris didn't and I think it disqualifies him," U.S. Rep Phil Hare (D-IL) said during a Friday morning appearance on CNN. "And this state has been through enough."

Quinn said Friday he wants the Illinois Legislature to enact a law that would allow him to name a temporary replacement to a vacant seat — ideally someone who wouldn't then seek re-election — until a special election could be held.

"At no time should our state go without full and fair representation in the United States Senate," Quinn said.

The governor declined to say whom he might temporarily appoint if Burris resigns.