Accessibility links
Chinese Foreclosure Tourists Shopping In U.S. A new kind of tourist package is being offered in China. Call it the "U.S. Real Estate Bottom-Fishing Tour." The first of 40 Chinese real estate shoppers are looking in the U.S. this week to buy for foreclosure properties and other housing bargains.

A new kind of tourist package is being offered in China. Call it the "U.S. Real Estate Bottom-Fishing Tour." The first of 40 Chinese real estate shoppers are looking in the U.S. this week to buy for foreclosure properties and other housing bargains.

A different sort of economic stimulus is coming to the United States from Asia. It comes in the form of Chinese tourists: real estate tourists. They're lured here by a housing market that's gone belly up. A group of 40 Chinese shoppers came to the U.S. this week in search of foreclosed properties and other housing bargains.

NPR's Anthony Kuhn talked with a couple of the tour group's members and filed this report from Beijing.

ANTHONY KUHN: Business is good with Beijing-based lawyer, 45-year-old Ying Guohua. His practice covers trade, finance and real estate. And debt-default cases have been keeping him busy lately, so busy he can barely find time to be interviewed over a cup of coffee, much less go off two weeks of home hunting in the U.S. But, he says, it's a good time to go shopping.

Mr. YING GUOHUA (Lawyer, Beijing): (Through Translator) Nobody's certain if U.S. property prices have bottomed out yet. But prices are definitely lower than in recent years, and in general, it's a good opportunity. It's possible that prices may drop further, but people invest partly based on their needs. And I have a need for this kind of home.

KUHN: Ying's law firm is getting more American clients. He and his wife are considering sending their three-year-old son to school in the U.S. later. And besides, Ying's got the money. He says he's looking for a nice neighborhood not far from the city center, probably in New York or Los Angeles.

Mr. GUOHUA: (Through Translator) I'm looking for a home in the $500,000 range. But if the quality is really good, I can go higher. If it's good value for the money, I'll consider it.

KUHN: If anyone asks Ying if he'd like a mortgage with his new home, he'll probably say no thanks and just pay it all at once in cash. A half a million dollars is a lot in a country that still has hundreds of millions of rural poor. But compared to home prices in China's top cities, it's not so bad.

Mr. VINCENT MO (Founder of Soufun.com): In Beijing or Shanghai, it's really not expensive at all.

KUHN: Mo got around 400 applications for the 40 slots on the first group, which includes quite a few real estate professionals. There will be bargain hunting and site seeing in New York, Boston, Las Vegas, San Francisco and Los Angeles. Mo says that officials from Australia, Singapore and Spain have recently contacted soufun.com and expressed interest, too.

Mr. MO: They would like to see similar groups. Soufun.com can organize to do some shopping tours.

KUHN: It's only in the past decade that large numbers of Chinese have saved up enough money to start buying cars and homes. The government helped things along by privatizing a lot of its housing stock a decade ago. Lawyer Ying says he already owns three homes.

Mr. GUOHUA: (Through Translator) Most Chinese people share a traditional notion. They see home ownership as very important and a key indicator of success in life.

KUHN: China's government and institutional investors have so far been wary about buying up distressed U.S. assets. But there are still plenty of reasons for newly wealthy Chinese citizens to invest in the U.S. Despite the current downturn, many Chinese investors consider the U.S. real estate market as more mature and standardized than their own. Business and educational ties between the two countries are flourishing. And with China's currency strong against the dollar, there may be some bargains that are just too good to pass up.

INSKEEP: Those Chinese house hunters do have some possible bargains. Falling home prices have created the most affordable housing market in at least five years. That's according the National Association of Home Builders. More than 60 percent of recently sold homes were classified as affordable, which means the average family is spending 28 percent of its income or less to buy the house. But the Chinese visitors should be aware of the regional differences: New York City is currently the least-affordable city in the country. And the most affordable city is…

In IMF Bonds, A Possible Rival For The U.S. Dollar

In IMF Bonds, A Possible Rival For The U.S. Dollar 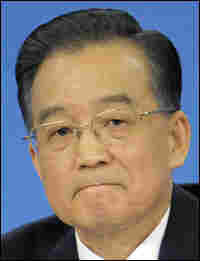 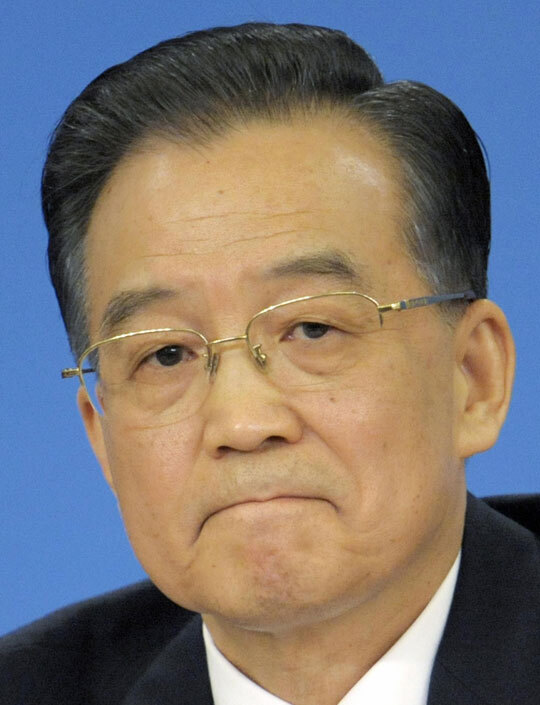 In March, Chinese Premier Wen Jiabao warned the United States to guard the value of its currency.

In times of global economic crisis, the International Monetary Fund lends money to nations in trouble. But in the current recession, the IMF has found that it, too, is running out of money.

"We have made quite a large number of commitments of our resources in the last year," says Craig Beaumont, division chief of the IMF's finance department. The organization has loaned out about $150 billion, leaving it with just another $50 billion on hand.

Now the IMF has decided to raise an additional $70 billion the same way large companies do — by issuing bonds (a first for the IMF).

That part of the story is simple enough, but the IMF bonds touch on a far more profound topic: namely, what the world's reserve currency should be. Reserve currency acts as an anchor and a safe haven. It's the currency everyone measures their own against, and the one everyone reaches for in times of trouble. Right now, the world uses the U.S. dollar.

But emerging players like China and Russia have said they wouldn't mind if that changed.

And that's where this story gets more complicated. The IMF's new bonds aren't denominated in U.S. dollars. Instead, they'll be issued in a kind of hybrid called Special Drawing Rights. SDRs are a mixture of the U.S. dollar, the British pound, the euro and the Japanese yen.

The IMF uses SDRs internally, to calculate the money it lends to various nations. A few months ago, the head of China's central bank suggested that SDRs could become the basis for a new kind of global currency.

"The emerging markets are hoping, and China in particular is hoping, that this will start the debate," says Eswar Prasad, a Cornell University professor who once led the China division at the IMF. The bonds could "also start some real progress toward challenging the U.S. dollar's dominance in international financial markets. The Chinese would dearly like to break free of the embrace they have of the U.S. dollar, because they have no alternative, and they would desperately like to have an alternative."

The Problem Of Dollars

Beaumont, of the IMF, is quick to point out that Special Drawing Rights are absolutely not a currency. They're more of an accounting tool, a way to track where the IMF's money is going.

"No one ever carries SDRs around in their pocket," he says.

The problem for China is that it has more money coming in than it knows what to do with. It sells tons of stuff to the U.S. and gets billions of American dollars in return. Where should it put those dollars? Often, China buys U.S. Treasury bonds, because they're the safest investment around.

The IMF bonds will also be very safe, because they're essentially backed by the entire world.

Against the scale of the global economy, Prasad says, these amounts are relatively small. But if countries decided they didn't trust Treasury bonds so much anymore and began moving a lot of money elsewhere — say, to IMF bonds — that could be a big deal. It could spook the U.S. bond and currency markets, he says, and they are in a fragile mood.

There are a lot of reasons to think China, for all its trash-talking about the dollar, doesn't want to knock it too much. Brad Setser, an economist at the Council on Foreign Relations and an expert on the relationship between the Chinese and American economies, says Beijing would hurt its own cause by moving away from the greenback. "I don't think this is a step toward a new currency that is going to rival the dollar," Setser says.

That's because China needs the dollar to remain strong. It happens to hold more than $700 billion in U.S. Treasury bonds. And it's still buying more.