Accessibility links
A Mother's Muse Breaks Away In her new novel, author Dani Shapiro explores the delicate balance between art and exploitation. Black & White tells the story of Clara, the daughter of a New York art photographer who becomes famous for taking artful, evocative photos of Clara in the nude.

Listen
A Mother's Muse Breaks Away 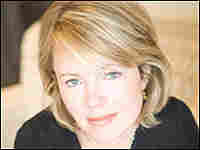 Author Dani Shapiro says that writing her new novel helped her sort through her own questions about using her children as subjects of non-fiction writing. Miki Duisterhof hide caption

In 1990, photographer Sally Mann shook the art world with pictures of her three children.

The intimate photos documented the everyday business of being a child: playing dress-up, eating popsicles and posing. But many of the photos were nudes, and they stirred immediate controversy.

Besides concerns that Mann's photos were pornographic, her work prompted deeper questions: where is the line between parent and artist? What happens when photo muses grow up?

Those questions particularly preoccupied author Dani Shapiro whose new novel, Black & White tells the story of Clara, the daughter of a New York art photographer who becomes famous for taking artful, evocative photos of Clara in the nude.

Shapiro says that writing Black & White helped her sort through her own questions about her responsibility to her children as an author of personal non fiction. Ultimately, Shapiro says, she couldn't sacrifice any part of her son's life for public consumption.

The art world celebrates the photos of Clara, but her childhood is abruptly sacrificed. At 18, Clara runs away to Maine, marries and stays away for 14 years.

When she learns that her mother is dying, Clara comes back to make sense of the woman who loved her, but perhaps loved her art a little more. 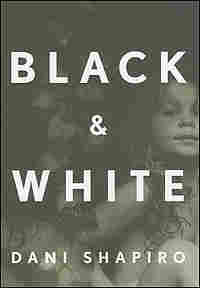 It has been years since anyone has asked Clara if she's Ruth Dunne's daughter—you know, the girl in those pictures. But it has also been years—fourteen, precisely—since Clara has set foot in New York. The Upper West Side is a foreign country. The butcher, the shoe repair guy, even the Korean grocer have been replaced by multilevel gyms with juice bars, restaurants with one-syllable French names. Aix, Ouest. The deli where Clara and Robin used to stop on Saturday mornings—that deli is now some sort of boutique. The mannequin in the window is wearing blue jeans and a top no bigger than a cocktail napkin.

This is not the neighborhood of her childhood, though she can still see bits and pieces if she looks hard enough. There's the door to what was once Shakespeare & Co. She spent hours in that bookstore, hiding in the philosophy section, until one summer they gave her a job as a cashier. She lasted three days. Every other person, whether they were buying Wittgenstein or Updike, seemed to stare at her, as if trying to figure out why she looked familiar. So she quit.

Shakespeare & Co. is now an Essentials Plus. The window displays shampoos, conditioners, a dozen varieties of magnifying mirrors. A small child bundled up in winter gear is riding a mechanical dinosaur next to the entrance, slowly moving up and down to a tinny version of the Flintstones theme song.

Since the taxi dropped her off at the corner of Broadway and 79th Street, she has counted five wireless cellular stores, three manicure parlors, four real estate brokers. So this is now the Upper West Side: a place where people in cute outfits, their bellies full of steak-frites, talk on brand-new cell phones while getting their nails done on their way to look at new apartments.

It is as if a brightly colored transparency has been placed over the neighborhood of Clara's memory, which had been the color of a sparrow: tan, brown, gray as smudged newsprint. Now, everything seems large and neon. Even the little old Jewish men who used to sit on the benches in the center islands in the middle of Broadway, traffic whizzing around them in both directions—even they seem to be a thing of the past.

She crosses Broadway quickly, the DON'T WALK sign already flashing. Outside the old Shakespeare & Co., a man has set up a tray table piled with books. A large cardboard sign announces PHILIP ROTH—SIGNED COPIES!!! Above the sign, a poster-sized photograph of Roth himself peers disapprovingly over the shoppers, the mothers pushing strollers, the teenagers checking their reflections in the windows of Essentials Plus.

She has brought nothing with her. No change of clothes, no clean underwear, not even a toothbrush. She's not staying, no way in hell. That's what she told herself the whole flight down from Bangor. Ridiculous, of course. She's going to have to stay at least overnight. Broadway is already cast in a wintry shadow, the sun low in the sky, setting across the Hudson River. Her body—the same body that spent her whole childhood in this place—knows the time by the way the light falls over the avenue. She doesn't need to look at her watch. It's four o'clock. That much—the way the sun rises and sets—has not changed.

She's been circling for an hour. Killing time. Down Columbus, across brownstone-lined side streets, over to West End Avenue with its stately gray buildings, heavy brass doors, uniformed doormen just inside.

A man in an overcoat hurries by her. He glances at her as he passes, holding her gaze for a moment longer than necessary. Why does he bother? She looks like a hundred other women on the Upper West Side: pale, dark-haired, lanky. A thirtyish blur. She could be pretty if she tried, but she has long since stopped trying. Clara stares back at the man. Stop looking at me. This, too, she has forgotten about the city: the brazen way that people size each other up, constantly weighing, judging, comparing. So very different from the Yankee containment of Maine, where everybody just minds their own business.

The phone call came at about eleven o'clock, a few nights ago. No one ever called that late; it was as if the ring itself had a slightly shriller tone to it. (Of course, this could be what her memory is supplying to the moment now—now that she is here.) Everybody was asleep. Jonathan, Sam, Zorba, the puppy, in his crate downstairs in the kitchen.

Jonathan groped for the phone.

A long pause—too long—and then he reached over and turned on the bedside lamp. It was freezing in their bedroom, the bed piled with four blankets. One of the windowsills was rotting, but to fix it meant ripping the whole thing out, which meant real construction, which cost money, which they didn't have.

Jonathan handed her the phone.

"Who is it?" she mouthed, hand over the receiver.

He shook his head.

"Hello?" She cleared her throat, hoarse from sleep. "Hello?"

With a single word—her own name—her head tightened. Robin almost never called her, and certainly not at this hour. They talked exactly once a year, on the anniversary of their father's death. Clara sank deeper beneath the pile of blankets, the way an animal might try to camouflage itself, sensing danger. Her mind raced through the possibilities. Something had happened, something terrible. Robin would not be calling with good news. And there was only one person, really, whom they shared.

"I'm going to tell you something—and I want you to promise me you won't hang up."

Clara was silent. The mirror over the dresser facing the bed was hanging askew, and she could see herself and Jonathan, their rumpled late-night selves. Through the receiver, on Robin's end, she heard office sounds. The muted ring of corporate telephones, even at this hour.

How like Robin to want to seal the deal, to control the situation, before Clara even knows what the situation is.

Clara squeezed her hands into fists.

"What do you mean?" Clara responded. The words didn't make sense. She was stupid with shock.

"I've made myself insane, going around and around in circles." Robin paused. "My therapist finally said it wasn't up to me—that you had a right to know."

"How long has this been going on?" Clara managed to ask.

Clara climbed out of bed and walked over to the window. She was suddenly suffocatingly hot in the freezing room. The lights from the harbor beckoned in the distance.

"Look, the truth is—I can't deal with this by myself," Robin said. Never, in Clara's memory, had Robin ever admitted such a thing. She was the queen of competence.

"I have to think about it," Clara said. Her sister was silent on the other end of the phone. Clara tried to picture her, but the image wasn't clear: round brown eyes, a tense mouth. "Okay, Robin? This is— I never thought I would ever even consider—"

After she hung up the phone, Clara climbed back into bed and twined her legs around Jonathan's, her hands on his belly. She closed her eyes tight and burrowed her face into the crease of his neck. He was asking her something—What are you going to do?—but his voice sounded muffled, as if suddenly there were something, something thick and cottony, separating her from her real life. She breathed Jonathan in, fighting the avalanche of thoughts.

Excerpted from Black & White by Dani Shapiro Copyright © 2007 by Dani Shapiro. Excerpted by permission of Knopf, a division of Random House, Inc. All rights reserved. No part of this excerpt may be reproduced or reprinted without permission in writing from the publisher. 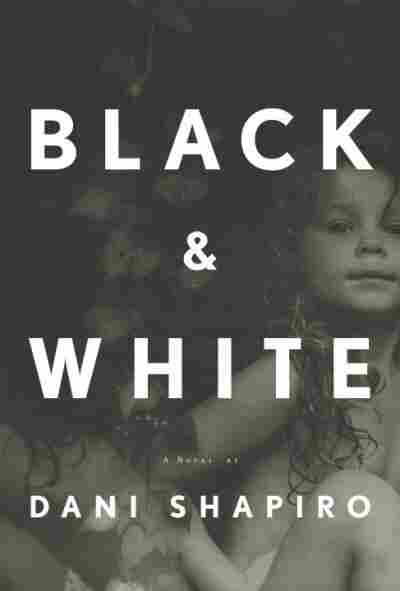