Accessibility links
Putting Japan's 'Lost Decade' In Perspective Opponents of President Obama's plan to use government spending to stimulate the U.S. economy cite the failure of a similar strategy by Japan in the 1990s. But a Tokyo economist argues Japan fared remarkably well during its "lost decade." 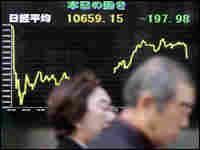 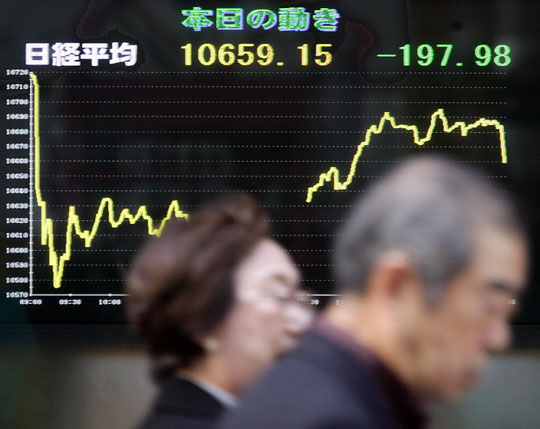 Counting the value of real estate and stocks, Japan lost wealth equivalent to three years' worth of gross domestic product during its "lost decade."

The "lost decade." That's how the Japanese describe their country in the 1990s — the boom years here in the United States. Japan's real estate and stock bubbles had burst. Consumers stopped spending, growth slowed, and the Japanese seemed to be losing clout on the world stage.

For conservative American commentators, the Japanese government's response shows the folly of fiscal stimulus spending. Charles Krauthammer, among others, has said "the Japanese tried huge infrastructure spending in the '90s and got nowhere."

President Obama draws the opposite lesson from the Japanese experience. He sees it as proof of the urgent need for big stimulus spending.

"If you delay acting on an economy of this severity, then you potentially create a negative spiral that becomes much more difficult for us to get out of. We saw this happen in Japan in the 1990s, where they did not act boldly and swiftly enough ..." Obama said at a news conference this month.

But in an interview with Steve Inskeep, a leading economist in Tokyo argues Japan fared remarkably well during its "lost decade."

Richard Koo, chief economist at the Nomura Research Institute, says the Japanese government implemented "one of the most successful economic policies in history."

Koo notes that when the real estate bubble of the 1980s burst, property values plummeted 87 percent from the peak nationwide. Counting the value of real estate and stocks, Japan lost wealth equivalent to three years' worth of gross domestic product. It was "just about the largest loss of wealth in human history in peacetime," Koo says.

Still, Japan wasn't in recession. While growth slowed, GDP never fell below the peak of the bubble. And unemployment never went above 5.5 percent — lower than the current rate in the United States.

The Japanese government tried to spur growth by reducing interest rates — from 8 percent to zero. But despite that drastic action, Koo says, "absolutely nothing happened — no increase in asset prices, no increase in economic activity."

Here, Koo sees a parallel to the current situation in the United States, where the Federal Reserve has dropped interest rates, to little avail.

Like Japan in the 1990s, the U.S. is suffering what Koo calls a "balance sheet recession." When asset prices collapse, the people who bought those assets with borrowed money are left with balance sheets underwater, and all they want to do is pay down debt.

"People are no longer maximizing profits the way it's assumed in economics. They're minimizing debt. The invisible hand of [economist and philosopher] Adam Smith works in the opposite direction," he says.

Still, by 2005, companies had repaired their balance sheets and the Japanese economy was marching forward — until the latest crisis.