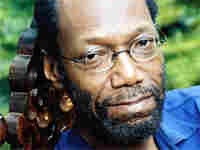 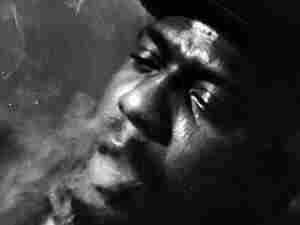 On the last day of February in 1959, Thelonious Monk introduced an entirely new band on stage at New York City's Town Hall. Monk, the iconoclastic jazz pianist and composer, had long been known as an excellent leader of small groups. But this time, he wasn't merely presenting a new saxophonist or bass player in his quartet. For several weeks, Monk had been rehearsing a 10-piece big band along with arranger Hall Overton, preparing for the first-ever performance of Monk's music by a large ensemble.

Fifty years later, nearly to the day, trumpeter Charles Tolliver presented an evening-length re-creation of Monk's Town Hall concert, with new note-for-note scoring of the big-band portion, as well as arrangements of the little-known quartet show which opened the night's program. Tolliver had obviously studied Monk's music intently, leading a precise performance which replicated the layered beauty and driving swing of the original — even down to the encore of "Little Rootie Tootie," played at a faster tempo than the version which appeared in the body of the concert, just like in Monk's show.

The families of Monk and Overton were in the audience at Town Hall, as was original French-horn player Robert Northern (a.k.a. Brother Ah). But the soloists and their solos were all new, and all players seemed at home blowing inspired hard bop, much as tenor saxophonist Charlie Rouse, alto player Phil Woods and trumpeter Donald Byrd blew with Monk. Of special note was pianist Stanley Cowell, a long-time collaborator with Tolliver, who did a remarkable job channeling (and not merely imitating) Monk's off-kilter melodies, riffs and cadences.

As a teenager, Tolliver attended Monk's Town Hall show. Several years later, he appeared on Monk's first recordings as a trumpeter, and has since established himself as a formidable and adventurous player. Having released several albums of big-band music — two on his own Strata-East label in the 1970s, with a third released in 2007 — Tolliver has also become known as a crack composer and arranger.

This 50th-anniversary concert grew out of a series of 2007 events at Duke University — 60 miles from Monk's birthplace — commemorating what would have been the pianist's 90th birthday. WNYC's Terrence McKnight hosted the broadcast with Sam Stephenson of Duke. It was supported by the Jazz Loft Project at the Center for Documentary Studies at Duke University, in turn supported by the National Endowment for the Humanities and the National Endowment for the Arts. For more information, visit monkattownhall.org.