Accessibility links
Cezanne's Shadow: A Master's Influence Lingers From Matisse to Mondrian, Braque to Giacometti — the list of venerable artists who were inspired by Paul Cezanne reads like the syllabus of an art history class. Now, a new exhibition at the Philadelphia Museum of Art celebrates the master painter's legacy. 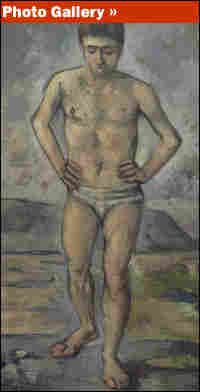 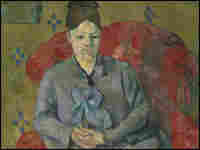 The colors and textures of Cezanne's paintings, such as Madame Cezanne in a Red Armchair, influenced countless future generations of artists. Paul Cezanne/Museum of Fine Arts, Boston hide caption 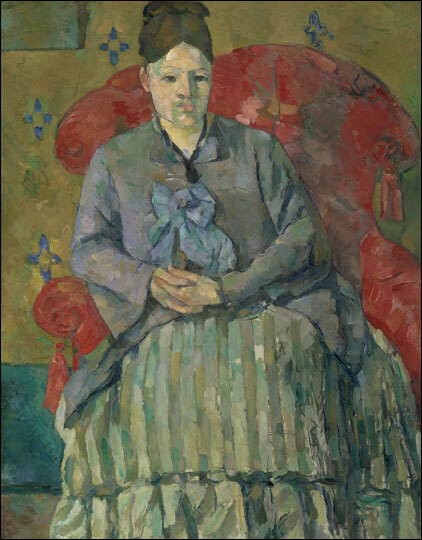 The colors and textures of Cezanne's paintings, such as Madame Cezanne in a Red Armchair, influenced countless future generations of artists. 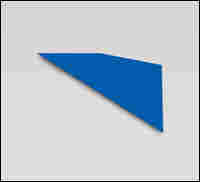 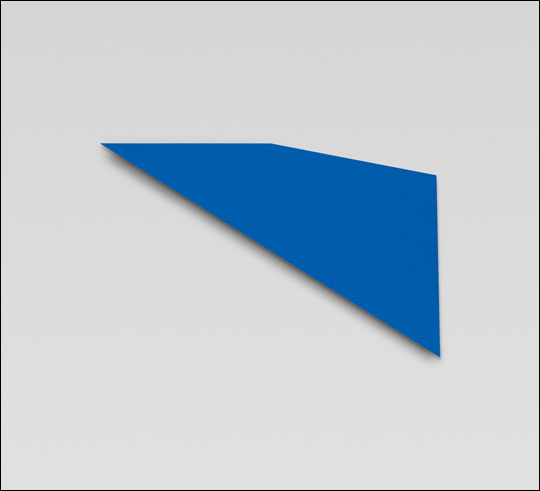 Ellsworth Kelly's stripped-down aesthetic takes its cues from Cezanne's strong and simple lines. Above is his 2002 oil painting, Lake II.

From Canvas To Film 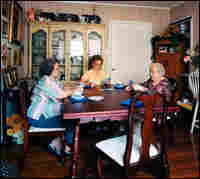 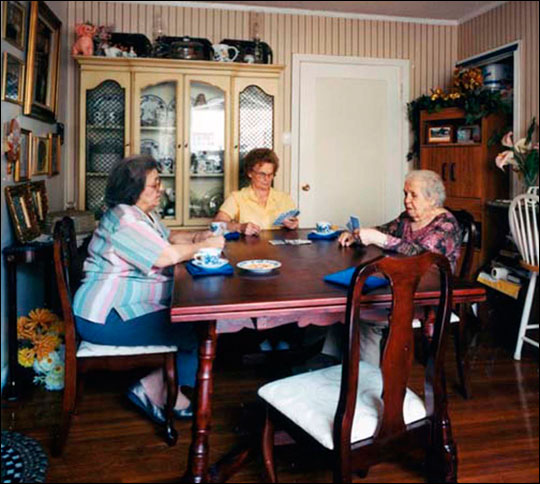 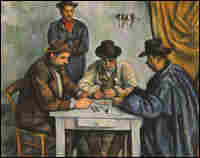 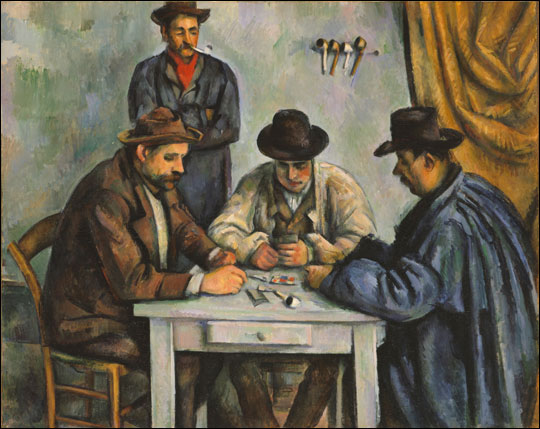 Pablo Picasso called Paul Cezanne "the father of us all"; Jasper Johns reportedly paid more attention to the 19th-century French postimpressionist than to any other artist. From Matisse to Mondrian, Braque to Giacometti — the list of venerable artists who were inspired by the master painter reads like the syllabus of an art history class.

Now, "Cezanne and Beyond," a new exhibition at the Philadelphia Museum of Art, explores the artist and his influences. The exhibit opens with The Bather, Cezanne's 1885 oil-on-canvas of a man in a white swimsuit contemplating the water. Curator Katherine Sachs says that for decades, the painting was one of the first things visitors saw upon entering New York's Museum of Modern Art in New York. Countless artists encountered the painting there — and carried it away in their mind's eye.

Artist Ellsworth Kelly says he's been hypnotized by Cezanne for most of his life. When he was 14, Kelly's mother gave him an art book that included all the masters, from Giotto to Picasso. Kelly's favorite reproduction was Cezanne's Chestnut Trees at the Jas de Bouffan — an avenue of slim, winter-into-spring trees Cezanne could see from his window in Provence.

"I took [the painting] out of the book and put it on the wall," Kelly remembers.

More than a decade later, Kelly made a series of elegant, pared-down sketches inspired by Cezanne's chestnut trees. Three Trees (1), Three Trees (2) and Three Trees (3) all appear in the Philadelphia show.

Kelly's simple, supple lines are as pure as those of Henri Matisse — another artist who admired Cezanne. In 1899, Matisse bought Cezanne's Three Bathers, which he eventually donated to the city of Paris, requesting that they take special care of the painting that had nurtured him every day of his life.

Matisse learned simplicity and color from Cezanne. Matisse's friend and rival Picasso had a more playful approach to the Provencal master; according to Sachs, Picasso found the seeds of cubism in Cezanne, who broke the tradition of viewing painting as a window on life.

"[Cezanne] didn't reproduce the world as he saw it. He reproduced, or represented, his own personal emotions in front of the object," Sachs explains.

Sachs says that Cezanne's tendency to infuse his work with personal expression — in layers of color and shape — became a hallmark of 20th century painting, from the ropes of paint created by Jackson Pollock, to the geometric women found in the works of Willem de Kooning.

"I think he gave many artists permission to paint, as Cezanne said, [their] sensations," Sachs says.

Contemporary photographer Jeff Wall, whose work is included in the Philadelphia show, says he's loved Cezanne since he was a child. Wall's photograph of three women playing cards — Card Players — was inspired by Cezanne's painting The Card Players, which shows three men at a table hunched over a card game.

"These pictures have been going through my head for 50 years," Wall says of the paintings included in the exhibit. "If you're interested in pictures, then you have to be involved with [Cezanne], because his painting almost defined how pictures have been at least for the last 100 years."

The Philadelphia Museum of Art also put on a Cezanne show in 1996 — a knockout retrospective with some 200 oil paintings, watercolors and drawings. So, it might be asked: Why stage another?

"Why do we need to go back to a Shakespeare play or listen to a Beethoven symphony?" asks Joseph Rishel, co-curator of the Philadelphia show. "They're the fundamentals. They're the things that nurture us every day of our life. And you can't have enough of them."