Read a New York Rocker interview with Pylon from 1981 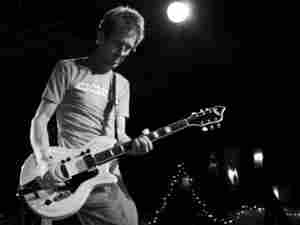 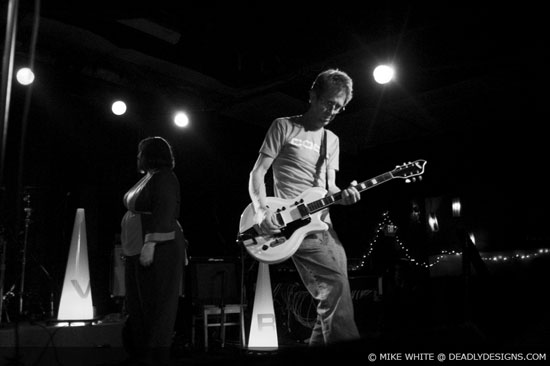 Randy Bewley of Pylon performs at the 40 Watt in Athens, Ga.

In the early 1980s, Pylon was one of the three bands that put a sleepy Georgia university town on the map, along with R.E.M. and The B-52's. When Rolling Stone named R.E.M. "America's Best Band" in 1987, its drummer Bill Berry said the honor actually belonged to Pylon, a group that had broken up four years earlier.

Soaking up its Georgia locale, Pylon pounded out dance music that dripped with Southern sweat. Bewley, an understated guitarist, relied on sound more than skill. None of his bandmates really knew how to play their instruments either, but his scratchy guitar style was a perfect match for Pylon's jagged rhythms and art-damaged dance beats. Amid the group's dynamic personalities, Bewley was the quiet one, crafting the minimalist disco shape that would influence the likes of Deerhunter and LCD Soundsystem.

The band released two records — Gyrate and Chomp — and a number of singles before its first break-up in 1983. Pylon re-formed at the end of the '80s to record Chain before splitting again in 1991.

In 2004, murmurs that Pylon was holed up in a practice space proved true when the group performed a "secret show." Old friends, townies and newcomers too young to have seen the band in its prime packed a then-unnamed bar at the corner of Hull and Hancock in Athens. The band remained active, and soon had its debut album reissued as Gyrate Plus.