Accessibility links
A Real Eye-Opener: Remembering New Yorker Films The art-house distributor launched many of the 20th century's great European directors in the U.S. market. Its demise earlier this week prompted memories for NPR critic Bob Mondello — of films that changed the way he looked at movies.

New Yorker Films went out of business earlier this week. 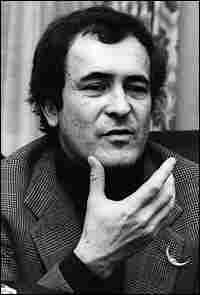 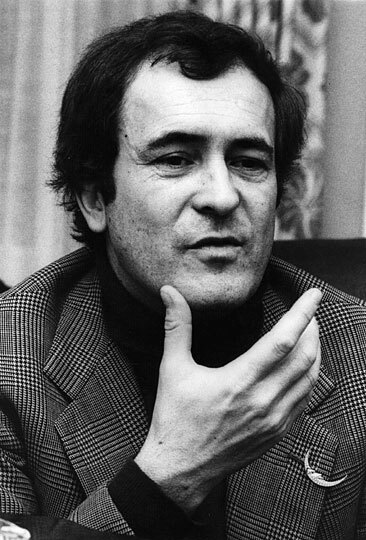 New Yorker Films distributed the films of director Bernardo Bertolucci while he was still relatively unknown.

Earlier this week, the world of cinema lost a dear friend — 43 years old, widely influential for many of those years, but hobbled recently by debt and a changing marketplace.

Not a filmmaker, but a film company.

A memory, by way of explanation: On my college campus in 1969, there were two places to see a cheap movie on weekends; the Student Union, where for a buck you could watch the previous year's hits, from Rosemary's Baby to Planet of the Apes. Or an English-department lecture hall, where you could watch movies, many from an outfit called New Yorker Films, that would change the way you saw movies.

The company's first film, for instance, was Before the Revolution, and it was my introduction to director Bernardo Bertolucci, then a 22-year-old unknown telling a story about an Italian kid who flirts both with communism and with his gorgeous aunt.

Bertolucci would later direct Last Tango in Paris, The Last Emperor and a host of other films. But his work would likely not have been shown at my college, or anywhere in America for that matter, if it hadn't been championed by Dan Talbot.

Talbot founded New Yorker Films in 1965 for a simple, mildly selfish reason: His taste ran to the kind of foreign movies that weren't being shown in the U.S. They were challenging, often nonlinear pictures by directors nobody but film critics had heard of then — Jean-Luc Godard, Eric Rohmer and the great Werner Herzog. (I, for one, had never seen anything like Herzog's Aguirre, The Wrath of God, with its mad conquistador chasing monkeys around a raft on the Amazon.)

As years went by, I kept seeing the New Yorker Films logo — with the Manhattan skyline wrapped around the company name — on art-house films, even after other distributors began siphoning off the more commercial work of the directors it had discovered. The company bet on careers, not individual films, and movies built around ideas rather than stars, which allowed it to champion the 10-part Dekalog of Krzysztof Kieslowski, and Louis Malle's gabfest My Dinner with Andre.

These decidedly uncommercial projects became big hits for New Yorker Films, which worked not just with theaters, but also with universities and libraries to become a sort of unofficial film school for me and for a lot of other Americans.

Over the course of four decades, Talbot's company amassed a library of some 400 titles. After he sold New Yorker Films in 2002, that library was put up as collateral for debt by the new owners, and will soon be auctioned off. And then on Monday, New Yorker Films announced that it had gone out of business.

Next week, though, that skyline logo will grace one last film. Talbot, apparently, used his own money to pay for Carlos Saura's Fados, a performance picture about a Portuguese song style that is, appropriately enough, steeped in memory and regret.