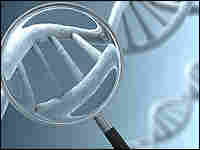 With the exception of nuclear DNA analysis, no forensic method has been shown to consistently and with a high degree of certainty connect evidence and a specific individual. iStockphoto.com hide caption

A prestigious research organization that advises Congress is calling for the creation of a new, independent National Institute of Forensic Science, saying that the nation's forensic science system has serious deficiencies and needs a major overhaul.

The new report from the National Academy of Sciences' National Research Council is a sweeping critique of forensic science and the way evidence is presented by analysts in the courtroom. The long-awaited report — expected to be highly influential — describes numerous problems with forensic evidence.

The National Academy of Sciences formed its committee to assess the state of forensic science back in 2006, at the request of Congress. The report acknowledges that advances in some forensic methods have helped law enforcement officials identify perpetrators in many crimes that would have previously gone unsolved. But at the same time, testimony based on faulty forensic science analyses may have contributed to wrongful convictions of innocent people.

The committee looked at many different kinds of evidence — everything from hair to bloodstain patterns to fingerprints. Since the development of highly precise DNA testing in recent years, the scientific basis behind many older forensic methods has come into question.

The committee found there isn't enough research behind many forensic techniques to show how accurate and reliable they are.

It also says forensic labs are underfunded and understaffed, and there's no mandatory certification to ensure quality.

It says forensic analysts' court testimony commonly refers to evidence being a "match" or "consistent with" a suspect, even though no forensic method except for DNA analysis "has been rigorously shown to have the capacity to consistently, and with a high degree of certainty, demonstrate a connection between evidence and a specific individual or source."

It notes that forensic analysts commonly fail to acknowledge uncertainty when describing their findings.

"The simple reality is that the interpretation of forensic evidence is not always based on scientific studies to determine its validity," says the report. "This is a serious problem."

And the "case by case" approach of courtrooms is not the place to address the systemic problems with forensic standards, according to National Research Council committee co-chair Harry T. Edwards, senior circuit judge and chief judge emeritus of the U.S. Court of Appeals for the District of Columbia Circuit. In a statement accompanying the report, Edwards wrote that the "adversarial system used in the courts to determine the admissibility of forensic science evidence is often inadequate to the task."

This new institute, according to the report, "must have a culture that is strongly rooted in science" and "must not be part of a law enforcement agency."

The report did not offer specific judgments about past convictions or pending cases, nor did it offer views as to whether courts should reassess cases that have already been tried.