Accessibility links
At 50, Barbie's Accomplishments Impress She's worn spangly gowns and cut-off jeans. She's been an astronaut, a pilot and a flight attendant, a doctor, a nurse and a veterinarian, a NASCAR driver and the driver of a pink Corvette. Over the years, she's represented an ideal for some young girls and an epithet for some social critics. 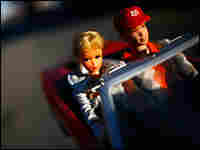 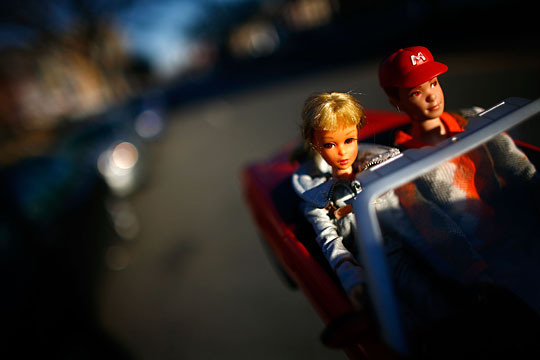 Barbie takes to the road. 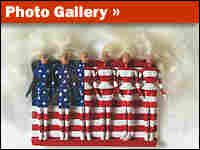 Tell Us About Your Barbies 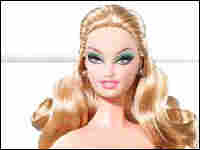 Barbie Through The Years

I know, I know — she doesn't look it. How does she do it? Plastics.

Over the years, Barbie has been blond and brunette. White, black and Hispanic. Curly-haired and pony-tailed. She's been an item with Ken, then there was Splitsville. She's been parodied and put on a pedestal — as an ideal for some young girls and an epithet for some social critics.

Wearing a dazzling array of outfits from spangly gowns to cut-off jeans, she's been an astronaut, a pilot and a flight attendant, a doctor, a nurse and a veterinarian, a NASCAR driver and the driver of a pink Corvette.

Barbie ran for president in 2004. Her slogan: "Go Vote. Go Run. Go Lead. Go Girl." She lost, though she might have gotten more votes than Ralph Nader.

Saudi Arabia's Committee for the Propagation of Virtue and Prevention of Vice banned Barbie, saying she is "Jewish, with revealing clothes and shameful postures." But though there have been Disco, Tennis Pro, Fashion Model, Malibu, Valentine and scores of other Barbies, there's never been a Bat Mitzvah Barbie doll.

But boy, would that be a party.

For a lot of little girls, Barbie is an older girl doll to dress up with fantasies of their future. For some adolescent boys, Barbie has always been a stimulus package. She's anatomically fantastic however anatomically incorrect — though Mattel, which manufactures Barbie, has widened her waist — a smidgen — in recent years.

My wife and I have two Barbie dolls at home. One of them is the Coming Home Barbie that adoptive parents in China receive, with Barbie holding a visibly Asian baby.

Last week, we asked you for photos of your Barbie, modified, cherished, standing in front of the St. Louis Arch, hugging the pot roast or being hugged by a little girl. And you provided. Last time I looked, there were around 1,200 pictures. We picked out a few of them for the photo gallery on this page — make sure to take a look.

And, of course, you can still enjoy Barbie the good, old-fashioned way.