Accessibility links
Bringing Public Radio To The iPhone A new iPhone application is making it easier for public radio listeners to tune into favorite stations across the country. Jake Shapiro, executive director of Public Radio Exchange, tells NPR why he thinks his Public Radio Tuner is transformative technology. 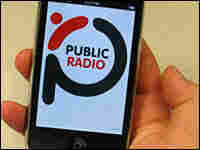 The Public Radio Tuner makes hundreds of stations available to listeners with iPhones, like the one shown here, or the iPod Touch. Claire O'Neill/NPR hide caption 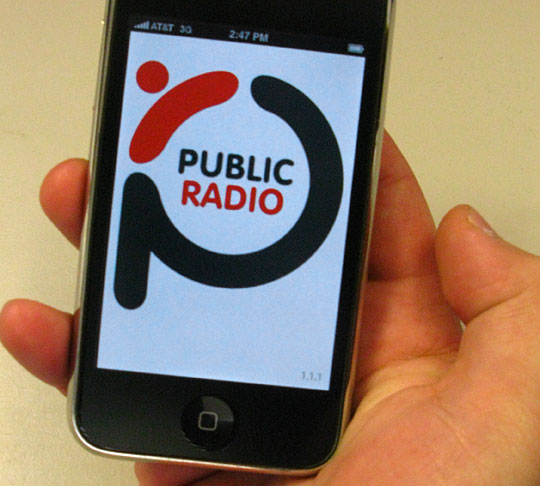 The Public Radio Tuner makes hundreds of stations available to listeners with iPhones, like the one shown here, or the iPod Touch.

If your favorite station isn't yet available on the Public Radio Tuner — click here to find out how to submit a new stream. 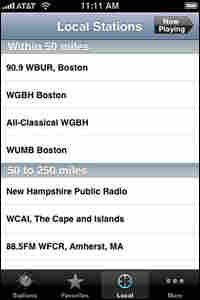 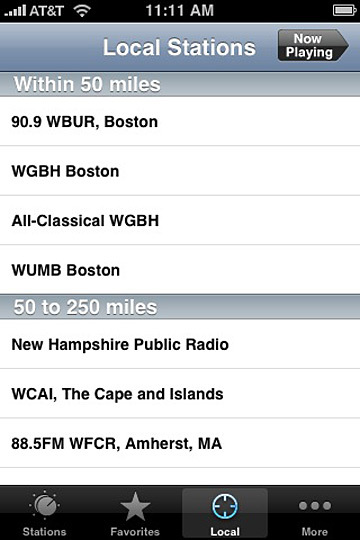 When Americans want information or entertainment, they're increasingly turning to online sources for everything from recorded music to weather forecasts, sports scores and classified ads.

Newspapers and TV networks are being forced to re-imagine themselves or decline — and in some cases, as with Denver's Rocky Mountain News last week, they fail completely. Likewise, public radio stations are contending with MP3 players and podcasts for listeners, sometimes successfully, sometimes not.

Thanks to new technology, there's a new way for those stations to compete. The Public Radio Tuner was developed by a consortium of public radio entities and has become one of the top free software applications on Apple's iTunes store.

Using the tuner on an iPhone or iPod Touch, a person can listen to more than 200 public stations.

Jake Shapiro of PRX, or the Public Radio Exchange, helped develop the Tuner, and he says it's a transformative technology.

"On my walk to work with those ear buds in Boston, or on those cold walks home when I've missed the favorite show locally, I will dial in the L.A. station to listen to, for instance, All Things Considered a few hours later on the East Coast," Shapiro tells NPR's Robert Siegel.

Stations commonly offer live streams of their broadcasts for Internet listening. The tuner simplifies the process, gathering them together on a handheld device.

"So you're really tuning in the local broadcast," Shapiro says. "But it's simulcast on the Internet, streamed from these different stations."

He calls the portability factor crucial. Leaving your home, "you can plug it into your car dashboard. You can listen when you're out of range of a typical radio signal or an Internet signal."

An early version of the Public Radio Tuner was released in December by American Public Media, which turned over its code to PRX for further development. Working with grant money from the Corporation for Public Broadcasting, PRX partnered with NPR, American Public Media and Public Radio International. Claiming nearly a million downloads, the tuner is the No.1 app in the iTunes music section.

The program is free, but for now can be used only with Apple products. Shapiro says he hopes to have versions available for other smart phones later this year. PRX also is set to release an update in May that will enable some on-demand listening to certain shows, and he hopes to build in a way for people to call and pledge to their local station directly from the tuner.

There are other public radio applications available through iTunes, including one that calls itself NPR Mobile. The content is assembled from public radio shows, though the application was not developed by NPR. In fact, NPR is working on its own version of an iPhone app that could be out as early as this summer.

Currently, NPR offers mobile Web services and audio for iPhones and BlackBerry products, and a text-only site for devices that use Windows Media.