Accessibility links
Andy Griffith, Back on the Big Screen With 'Waitress' Fifty years after his film debut in Elia Kazan's darkly prophetic A Face in the Crowd, America's favorite father-figure returns in a sweet-tart confection from director Adrienne Shelly.

Listen
Andy Griffith, Back on the Big Screen With 'Waitress' 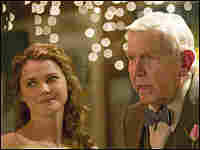 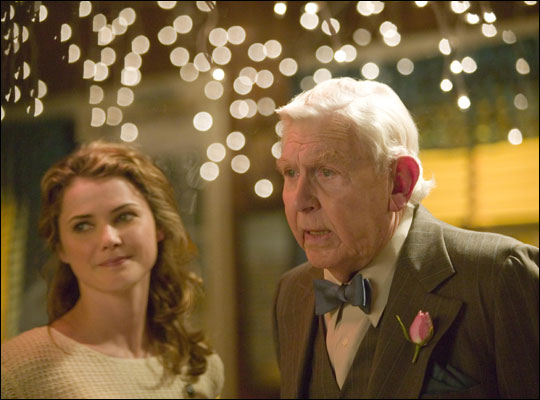 Fifty years ago, the actor Andy Griffith starred in what would become a prophetic commentary about monstrous media creations. A Face in the Crowd was Griffith's film debut; it followed his character — Larry "Lonesome" Rhodes — as he rose from vagrant locked up in a country jail to become a national household celebrity who wounds the nation and destroys himself.

Over the years, though, Griffith became most famous as the gentle small-town sheriff of Mayberry and the courtly southern lawyer Ben Matlock. He's back in pictures now, in a small but important role in a film filled with poignancy. The movie is Waitress, about a diner, its staff and one young woman's belief in the curative powers of pastry. It won rave reviews at the Sundance film festival — but its writer and director, Adrienne Shelley, was killed before it could be released.

Griffith says he was attracted to his Waitress character, Old Joe, in part because he's "firm in his beliefs."

"And that firmness is what turns the picture around at the end," Griffith says.

Firmness — and funny business — helped Griffith land that first film role in A Face in the Crowd. Elia Kazan, who was slated to direct the picture, heard about Griffith from another actor; he summoned Griffith to New York's legendary Gallagher's steak house and put him through a kind of informal audition — at which Griffith took a certain television evangelist as his model and seized the moment, as it were.

"I did an impression of Oral Roberts, and near the end, I took Elia Kazan's head in my hands, and I healed him," Griffith remembers. "I walked out of that restaurant with the part."

That was half a century ago, but Griffith says he'll never forget the advice Kazan gave him about film acting. Kazan, he remembers, told him, "If you think and feel what you're supposed to think and feel, hard enough, it'll come out through your eyes — and the camera will see it."