Accessibility links
Finding Freedom In Forgiveness Jennifer Thompson-Cannino was certain that Ronald Cotton was the man who raped her in 1984. But she was wrong. After Cotton spent 11 years in jail, DNA evidence proved his innocence. Now, the two have a friendship based on their belief in forgiveness. 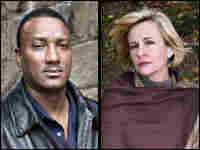 In 1984, Jennifer Thompson-Cannino testified that Ronald Cotton was the man who raped her. Eleven years later, DNA evidence cleared him of the crime. The two are now frequent speakers on judicial reform. They live in North Carolina with their families. Scott Witter hide caption 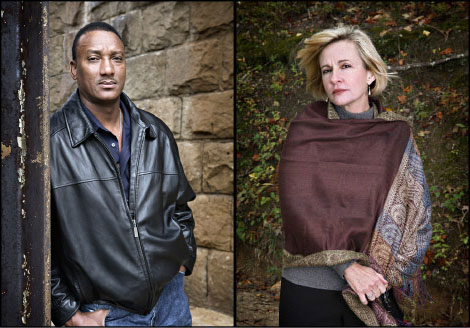 In 1984, Jennifer Thompson-Cannino testified that Ronald Cotton was the man who raped her. Eleven years later, DNA evidence cleared him of the crime. The two are now frequent speakers on judicial reform. They live in North Carolina with their families.

Jennifer Thompson-Cannino and Ronald Cotton have written a memoir about their experiences.

Jennifer Thompson-Cannino: I believe in forgiveness — the kind that has the power to release a person from a place of anger and hate, to a place of peace.

Ronald Cotton: I also believe in the healing power of forgiveness. I had gone to prison an angry man and gotten real comfortable with it. But that kind of emotion was keeping me a prisoner in my own private jail. I had to let the hate go, and learn to live and forgive.

Jennifer: I picked Ronald out as the man who had raped me, only to learn 11 years later that I had made a mistake. That was unbearable. In my mind Ronald had been a monster. For 365 days for 11 years, I prayed for him to die. Discovering the truth filled me with overwhelming guilt and shame for mistakenly putting an innocent man in prison. Meanwhile, the guilty person was left to commit further crimes on women. I found it almost impossible to forgive myself.

Ronald: Forgiving Jennifer for picking me out of that lineup as her rapist took less time than people think. I knew she was a victim and was hurting real bad. But I was hurting, too. I missed my family, my girlfriend and my freedom. But I knew who I was, and I was not that monster. I knew who did this to Jennifer, and he would have gone to his grave leaving me to rot in prison without ever confessing to what he had done. Letting go of my anger toward him was hard, but staying free in my heart was a choice only I could make.

Jennifer: I asked Ron if he could ever forgive me. And with all the mercy in the world he took my hands and with tears in his eyes, he told me he had forgiven me a long time ago. At that moment I began to heal. Ronald taught me how to let go of all that pain; his forgiveness set me free that night. Without Ronald, I would still be shackled to that moment in time, and it would own me forever. I soon discovered that I could even forgive the man who had raped me — not because he asked me to, nor because he deserved it — but because I did not want to be a prisoner of my own hatred.

Ronald: Jennifer and I are friends. And some people don't really understand it. But we were the victims of the same injustice by the same man, and this gave us a common ground to stand on. Together we were able to help each other heal through a shared experience. I could choose to be bitter; I could hate the prison guards and the system. But I choose to forgive them all, so that I stay free and not be a prisoner for the rest of my life.