Accessibility links
Daylight Saving: A Boost For Troubled Economy? Daylight saving time, which kicks in early Sunday, now spans from March until the beginning of November. While the change ostensibly came about to save energy, the time shift is actually a bonanza for some businesses. 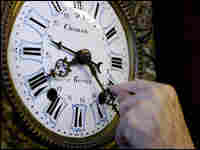 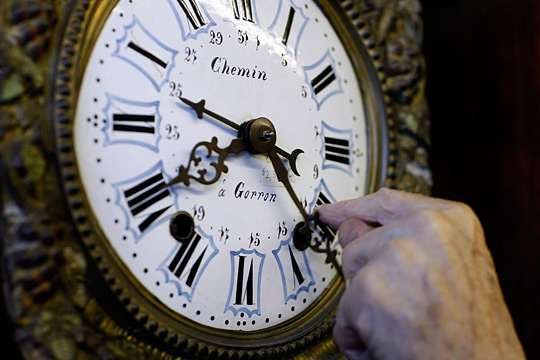 Daylight saving time now lasts from the first weekend in March to Nov. 1.

It's debatable — and according to Michael Downing, highly unlikely — that anything is really saved with daylight saving time.

"It has never been shown to save any real energy, but it has been a fantastically effective retail spending plan," said Downing, who teaches English at Tufts University and is author of the book Spring Forward: The Annual Madness of Daylight Saving Time.

The Energy Act of 2005 increased the duration of daylight saving starting in 2007, and this year it now extends from early March until the first of November.

Originally, daylight saving was a concept that gained popularity among several countries — including the U.S. — during World War I. But the popular notion that it helps save energy by fitting more human activity in the daylight hours has never been borne out by most of the evidence, Downing said, although one Energy Department study showed electricity use declined 0.03 percent. In fact, the more comprehensive studies indicate that people drive more with more evening light and thus it actually boosts energy consumption, he said.

If there's no savings there, there's also no savings when it comes to retail: People tend to shop more when the daylight hours extend later.

The golf industry, for example, managed to double its revenue from equipment and greens fees to $400 million in 1986, a year when daylight saving was extended by an extra month, Downing said. For unknown reasons, convenience stores also typically see a boost when the clocks move forward.

A spokesman for Kingsford Charcoal, the maker of black briquettes, said two years ago when Congress extended daylight saving, it saw another spike in sales, although he declined to quantify it. It's a big enough boost that — despite the wintry weather still affecting much of the country — the company is launching a new ad campaign this weekend to inform people "winter's over, it's time to come out and grill."

Not everyone is a big fan of daylight saving. Some parents complain it disrupts children's sleep cycles. Farmers, who have many pre-dawn tasks to do, complain it reduces the time they have to go to market.

But Joe Carmack, owner of outdoor store Garden District, said it draws customers into his Washington, D.C., store and begins the "greenification" of the city.

The stores see a boost in traffic starting with the daylight saving switch, so the stores extend their hours to 9 p.m. or 9:30 p.m. The change triggers people's urge to be outside, Carmack said. "People like to garden after work and it's a great way to just change gears," he said.

Despite the lack of savings and the complications of adjusting clocks and coordinating flight times with parts of the world that don't abide by daylight saving, Downing said, daylight saving probably survived and thrives because people love it. His explanation: "We read light as a reward and darkness as punishment, and so when we have an excess amount of light as we do in the long days of summer, we do seem to feel that the world is a more benign place."