Accessibility links
Kinan Azmeh: A Syrian Frequent Flier With Clarinet In Hand Diplomatic negotiations between the U.S. and Syria are just beginning anew. But clarinetist and composer Kinan Azmeh has been shuttling between New York and Damascus for nearly a decade. He talks to NPR's Scott Simon about dialogue in music. 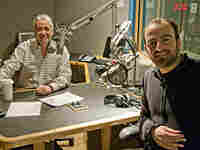 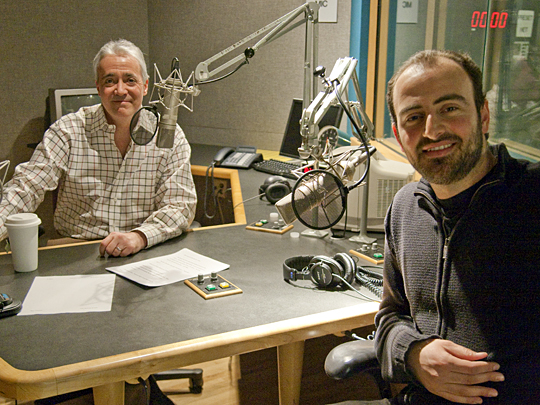 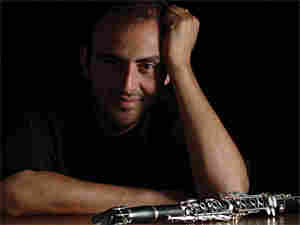 Kinan Azmeh is preparing a new album with pianist Dinuk Wijeratne called Complex Stories, Simple Sounds, to be released in May. Courtesy of the artist hide caption

After several years of strained relations between the U.S. and Syria, the Obama administration is making overtures that hint at a new approach to the relationship. Secretary of State Hillary Clinton announced this week that two U.S. officials were headed to the country for talks with Syrian officials.

But as Clinton's delegation toured the Middle East this week, another delegation brought the arts of the region to the United States. Syrian clarinetist and composer Kinan Azmeh is one of many artists from the Arab world performing at the Kennedy Center in Washington, D.C., this month as part of the three-week Arabesque festival.

Azmeh has played with the Syrian National Symphony Orchestra and has released three albums with his ensemble Hewar. Appropriately enough, he says "hewar" is the Arabic word for dialogue.

"When it comes to my musical world, the whole idea of dialogue and being open to the other is actually what shapes my musical journey," Azmeh says. "I maneuver between Arabic music and jazz and classical, and I think equally, I feel that I am equally connected to all these different cultures. So dialogue is a concept I live with — live by, in a way. Especially making my music."

For the past eight years, Azmeh has split his time between New York City, where he is a Ph.D. candidate in music, and Damascus, where he gives frequent concerts and workshops. But it's not always easy for a Syrian passport holder to pass through security — which is the inspiration behind his composition "Airports."

"[E]very time they have to go through this same process," he says. "And it's in this room in the back where I meet my friends from Iraq, from Iran, from Sudan, from lots of countries that are stereotyped. Fairly so or not, that's a different matter, obviously. And sometimes it gets annoying because they keep you for a few hours. So after a few years of doing this, I decided to really use my time creatively."

During his latest journey, he spoke with host Scott Simon at NPR's headquarters in Washington.

Click the link at the top of the page to hear the full interview with Kinan Azmeh, starting around noon ET on Saturday, March 7.