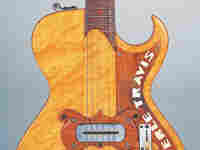 The Sounds Of Bigsby Guitars 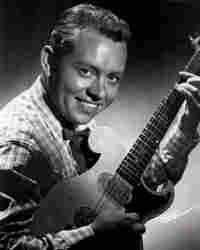 The great jazz and rock guitarist Hank Garland with his Bigsby. Courtesy of Gretsch hide caption 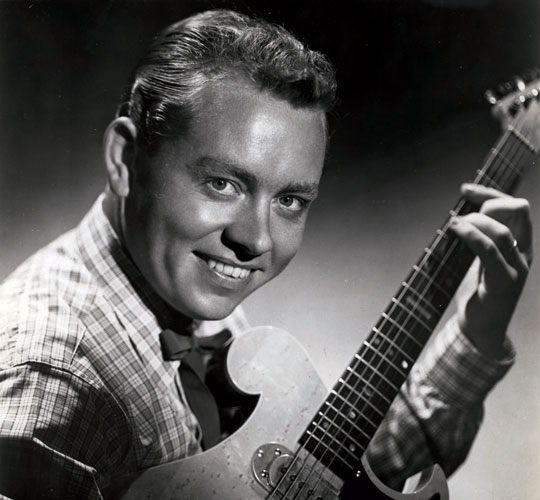 The great jazz and rock guitarist Hank Garland with his Bigsby. 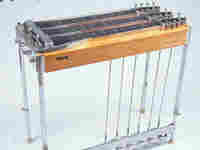 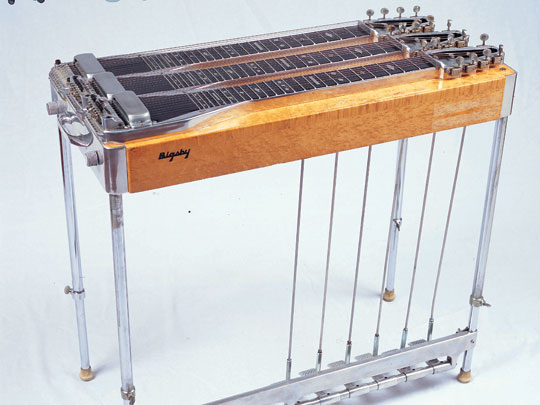 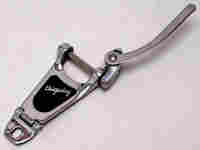 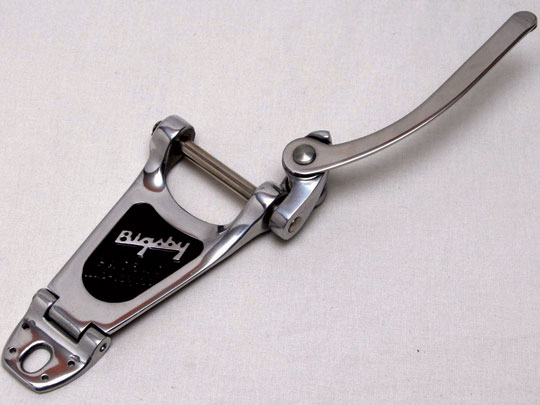 Down By the River 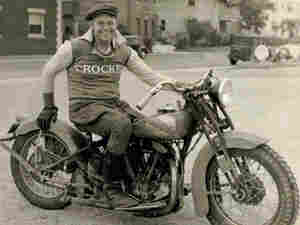 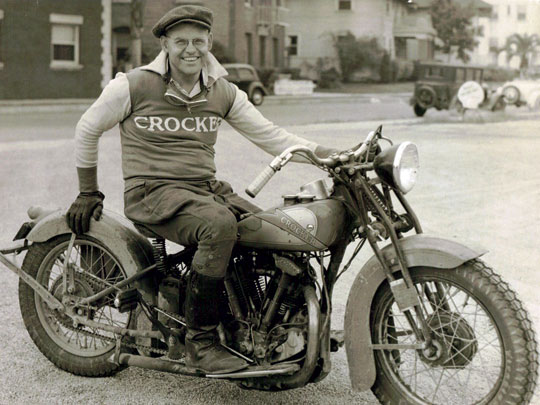 Q. Who invented the modern electric solidbody guitar? Was it:

A. Well, it's complicated.

In the early 1940s, Les Paul built a primitive instrument called "The Log" with electric pickups attached to a solid pinewood block. The Fender and the Gibson companies brought the solidbody electric to the masses. But the title of a new book by Andy Babiuk is The Story of Paul A. Bigsby: Father of the Modern Electric Solidbody Guitar.

A contentious claim, to be sure, but Babiuk stands by his argument.

"Well, in truth, when I did the research for this book, it really just shows in facts," Babiuk says. "And as you dig deeper into this information, you find that people like Leo Fender or the Gibson company — they did borrow the ideas from Paul Bigsby."

A dedicated gear-head and musician himself — he also wrote Beatles Gear, detailing exactly which guitars and drum kits the Fab Four used — Babiuk spoke with host Liane Hansen about his research.

From Motorbikes To Music

Paul Bigsby's handicraft came from his first career as a machinist for Los Angeles-based Crocker Motorcycles. After World War II, his interests turned to music. And after noticing design inefficiencies in the guitars of the day, he decided that he could build a better instrument.

"Bigsby was literally a craftsman who made guitars one at a time for key players of the day," Babiuk says. "They were the biggest players of the day. And one of the things we found out [was] that Les Paul, Leo Fender and Paul Bigsby would hang out together. They were actually drinking buddies and would just hang out at Les Paul's house."

Paul himself related the story of how, after a group conversation about solidbody instruments, Bigsby was inspired to create a custom prototype. So Babiuk went in search of that guitar.

"We found the actual instrument, and then the template matched perfectly and it had Les Paul's name on it," Babiuk says.

According to Babiuk, Bigsby's first instrument was a steel guitar, a key element of the Hawaiian music and Western swing styles popular in the 1940s. He handcrafted the guitar for the virtuoso Joaquin Murphey, who Bigsby confronted at one of his gigs with Western swing bandleader Spade Cooley.

"He went up to [Murphey] — he says, 'I build instruments — would you like to play this?'" Babiuk says. "And the story goes that [Murphey] liked the instrument so much that he wanted to keep it. And Bigsby told him, 'Well, I'll build you one even better.' And that was the first actual Bigsby instrument."

That instrument made a cameo in a musical number of the Three Stooges film Rockin' In The Rockies. But the most famous Bigsby guitar was probably the instrument made for country artist Merle Travis.

Like Bigsby, Travis was a motorcycle enthusiast; the two met at the local motorcycle racetrack. One day, Travis asked Bigsby to make a special guitar that was solid, but could sustain like a steel guitar and could be easily tuned. Travis sketched out a design.

"And lo and behold, we have this instrument with six-on-a-side tuning head[s] and [a] solid body and that was the first solidbody electric guitar," Babiuk says.

Today, the prestige of the Bigsby brand rests primarily in the Bigsby Vibrato Tailpiece, a component that could be fitted on to many different guitar makes and models. The device bends the guitar string in and out of pitch, creating a common "wobbling" effect.

But according to Babiuk, the demand generated by the success of the Vibrato meant that Paul Bigsby could no longer keep up in making full instruments. "It was really his Vibrato, his genius at building this Vibrato that took off, that actually killed his building of the instruments themselves," Babiuk says.

Ironically, though Bigsby was himself a musician, he played the bass — the acoustic double bass. "All the players in his band played Bigsby instruments, but he played an upright bass which wasn't a Bigsby instrument," Babiuk says.

"In the guitar community, a lot of the collectors know somewhat about Bigsby guitars," Babiuk says. "But hopefully, this book as a historical document will help shed the light on these beautiful instruments which Paul Bigsby built."