Accessibility links
Book Reveals Bear Stearns' 'House Of Cards' William Cohan describes the company's meltdown in a new book, House of Cards: A Tale of Hubris and Wretched Excess on Wall Street. Cohan talks about the fall of Bear Stearns and one of the figures in the center of it all: then-Chairman Jimmy Cayne.

But a year ago this month, Bear Stearns, one of the biggest investment banks in the United States, failed — a victim of the subprime mortgage crisis it helped create.

The company's meltdown is described by William Cohan in a new book, House of Cards: A Tale of Hubris and Wretched Excess on Wall Street. Cohan talks to Steve Inskeep about the fall of Bear Stearns and one of the figures in the center of it all: then-Chairman Jimmy Cayne. 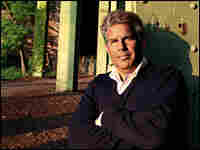 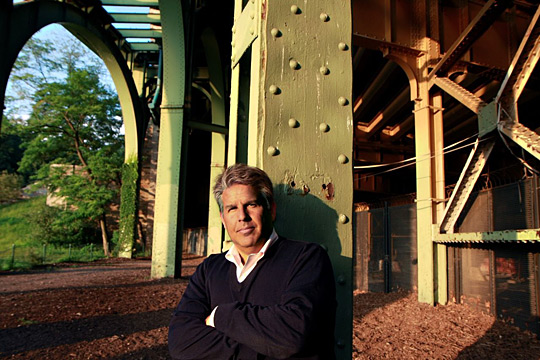 The first murmurings of impending doom for the financial world originated 2,500 miles from Wall Street in an unassuming office suite just north of Orlando, Florida. There, hard by the train tracks, Bennet Sedacca announced to the world at 10:15 on the morning of March 5, 2008, that venerable Bear Stearns & Co., the nation's fifth-largest investment bank, was in trouble, big trouble. "Yep," Sedacca wrote on the Minyanville Web site, which is dedicated to helping investors comprehend the financial world. "The great credit unwind is upon us. Credit default swaps on all brokers, particularly Lehman and Bear Stearns, are blowing out, big time."

Sedacca, the forty-eight-year-old president of Atlantic Advisors, a $3.5 billion investment management company and hedge fund, had been watching his Bloomberg screens on a daily basis as the cost of insuring the short-term obligations — known in Wall Street argot as "credit default swaps" — of both Lehman and Bear Stearns had increased steadily since the summer of 2007 and then more rapidly in February 2008. Now he was calling the end of the credit party that had been raging on Wall Street for six years. "I've been talking about it for years," Sedacca said later. "But I started to notice it that fall. Because if you think about it, if you have all this nuclear waste on your balance sheet, what are you supposed to do? You're supposed to cut your dividends, you're supposed to raise equity, and you're supposed to shrink your balance sheet. And they did just the opposite. They took on more leverage. Lehman went from twenty-five to thirty-five times leveraged in one year. And then they announce a big stock buyback at $65 a share and they sell stock at $38 a share. I mean, they don't know what they're doing. And yet they get rewarded for doing that. It makes me sick."

Sedacca had witnessed firsthand a few blowups in his day. He worked at the investment bank Drexel Burnham Lambert — the former home of junk-bond king Michael Milken — when it was liquidated in 1990 and lost virtually overnight the stock he had in the firm as it plunged from $110 per share to zero (Drexel was a private company but the stock had been valued for internal purposes). "It was enough that it stunned," he explained. "It was more than a twenty-nine-year-old would want to lose." Many of his Drexel colleagues had taken out loans from Citibank to buy the Drexel stock and were left with their bank loans and worthless stock. "I know people with millions and millions of dollars of debt and the stock was at zero," he said. They either paid off the loans or declared personal bankruptcy. "That's what happens when everyone turns off your funding," he added.

He then moved on to Kidder Peabody and watched that 130-year-old firm disintegrate, too. As a result of these experiences and those at other Wall Street firms, he had developed a healthy skepticism of both debt and the ways of Wall Street. Starting in the summer of 2007, he began to feel certain that the mountain of debt building across many sectors of the American economy would not come to a good end. He started betting against credit. "I've watched enough screens long enough to know something was wrong," he said.

The problem at Bear Stearns and Lehman Brothers, Sedacca informed his clients and Minyanville readers, was that both firms had huge inventories on their balance sheets of securities backed by home mortgages. The rate of default on these mortgages, while still small, was growing at the same time that the value of the underlying collateral for the mortgage — people's homes — was falling rapidly. Sedacca could not help noticing that the effects of this double whammy were beginning to show up in other, smaller companies involved in the mortgage industry. He could watch the noose tighten in the credit markets. "Look at what is happening to Thornburg Mortgage," he wrote, referring to the publicly traded home mortgage lender, which specialized in making what were known as "Alt-A" mortgages, those greater than $417,000, to wealthy borrowers. Thornburg had been "overwhelmed" by margin calls from its lenders. "It supposedly only has a 0.44% default rate on its [$24.7 billion] mortgage portfolio that it services but the bonds it owns are getting pounded. Result? Margin call. The worst part is that the company went to sell some bonds to settle the margin calls but couldn't. The ultimate Roach Motel."

That Thornburg, based in Sante Fe, New Mexico, appeared to be hitting the wall was somewhat surprising considering its customers' low default rate and high credit quality. The problem at Thornburg was not that its customers could no longer pay the interest and principal on their mortgages; the problem was that the company could no longer fund its business on a day-to-day basis. Thornburg had a liquidity problem because its lenders no longer liked the collateral — those jumbo mortgages — Thornburg used to obtain financing.

Unlike a bank, which is able to use the cash from its depositors to fund most of its operations, financial institutions such as Thornburg as well as pure investment banks such as Lehman Brothers and Bear Stearns had no depositors' money to use. Instead they funded their operations in a few ways: either by occasionally issuing long-term securities, such as debt or preferred stock, or most often by obtaining short-term, often overnight, borrowings in the unsecured commercial paper market or in the overnight "repo" market, where the borrowings are secured by the various securities and other assets on their balance sheets. These fairly routine borrowings have been repeated day after day for some thirty years and worked splendidly — until there was perceived to be a problem with either the securities or the institutions backing them up, and then the funding evaporated like rain in the Sahara. The dirty little secret of what used to be known as Wall Street securities firms — Goldman Sachs, Morgan Stanley, Merrill Lynch, Lehman Brothers, and Bear Stearns — was that every one of them funded their business in this way to varying degrees, and every one of them was always just twenty-four hours away from a funding crisis. The key to day-to-day survival was the skill with which Wall Street executives managed their firms' ongoing reputation in the marketplace.

Thornburg financed its operations very similarly to the way investment banks did. But in mid-February 2008, Thornburg was having a very difficult time managing its perception in the marketplace because its short-term borrowings were backed by the mortgages it held on its balance sheet. Some of these mortgages were prime mortgages, money lent to the lowest-risk borrowers, and some were those Alt-A mortgages, which were marginally riskier than prime mortgages and offered investors higher yields. At Thornburg, 99.56 percent of these mortgages were performing just fine.