Accessibility links
The Broken Romances of Pink Martini's 'Eugene' Across musical styles, genres and cultures, Pink Martini's latest CD explores the heartbreak of a lover spurned. The band performs songs from Hey Eugene!, one so fast it threatens to fly off the musical tracks. 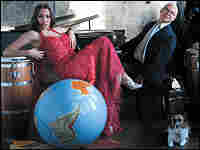 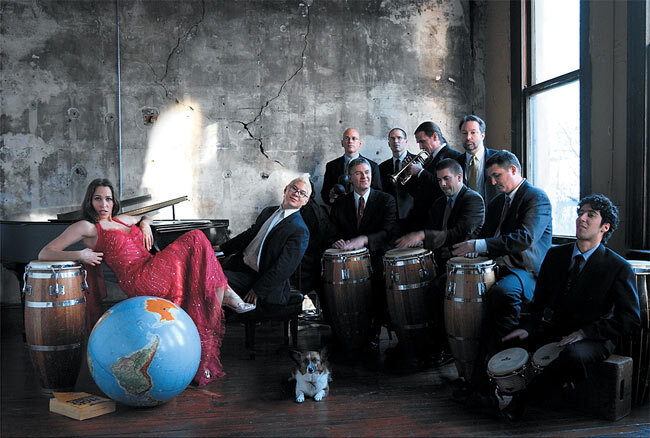 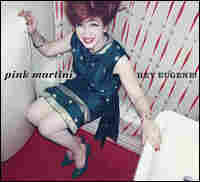 A Band Missing Its Leader

Band leader Thomas Lauderdale is constantly sending unpleasant surprises China Forbes' way, she says. Like the time he missed a plane to Istanbul, where Pink Martini was to perform.

Part 1 of the Interview

Hey Eugene, you probably think the new Pink Martini album is about you. And you're right.

Hey Eugene.
Do you remember me?
I'm that chick you danced with two times
Through the Rufus album
Friday night at that party
On Avenue A ...

The song is about a guy who promised to call lead singer China Forbes after meeting her at a party. But he never did.

The story of a romance that doesn't work out makes its way through much of the Hey Eugene! CD. Pink Martini translates this simple theme into different kinds of music — even different languages.

The band, led by Thomas Lauderdale, consists of a dozen highly trained musicians, many of them symphony players, who play songs inspired by 1950s pop tunes, or foreign movie soundtracks and even TV theme songs.

The chorus at the end of "Hey Eugene," for example echoes of 1970s sitcom staples, Good Times and The Jeffersons.

Performing in NPR's Studio 4A, the band played two versions of "Tempo Perdido." The first was the original fast tempo — too fast, Forbes says.

"When you make an album, you realize that really fast songs are tedious upon repeated listen," she tells Steve Inskeep. "Once you get through it you never want to play it again. That's just not what we go for with our albums."

But the band does want its listeners to keep reliving the heartbreak of Hey Eugene!

But if the real Eugene is paying attention and changes his mind, Forbes says she hopes he doesn't try to call her.

Will he even know that the album is about him? 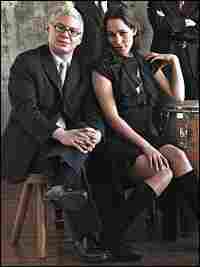 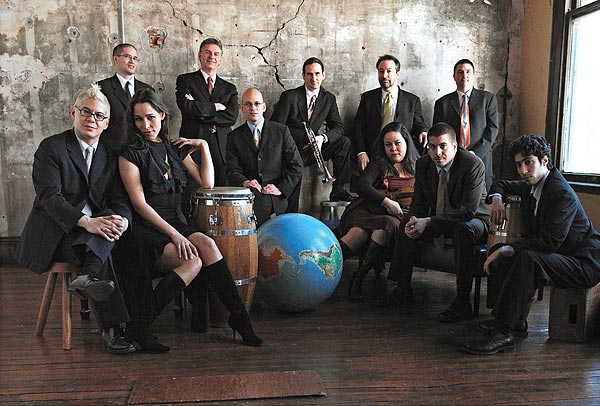 Compare versions of the song.

Que Sera, Sera (Whatever Will Be, Will Be)

Part 2 of the Interview

You probably know it as such a happy song. But Doris Day's "Que Sera Sera," as performed by Pink Martini, might make you feel downright blue.

The group has a dozen players known for almost perfect musicianship, singing in many languages — and a slightly demented sense of humor.

"We take a song that is very familiar and completely turn it upside down and put it in [a minor key] and make it dark," she tells Steve Inskeep.

That might be what "Que Sera Sera" has always deserved.

Pink Martini's music director, Thomas Lauderdale, notes that this dippy tune comes from Alfred Hitchcock's 1956 movie, The Man Who Knew Too Much, which revolves around a kidnapped child. The film starred Doris Day, who sang the original version of "Whatever Will Be, Will Be."

"It was written specifically for the film, and Doris Day hated the song, according to folklore," Lauderdale says. "But, of course, it became her huge hit. I feel like that song is both melancholy and hopeful."

On Tuesday, we'll hear music from the new CD Hey Eugene! as the group performed it in NPR's Studio 4A.