Accessibility links
Zoe Heller, A True 'Believer' In Bad Characters Novelist Zoe Heller has a soft spot for selfish characters. But, the author says, just because her characters are unlikable, doesn't mean they are without virtue. Her new novel, The Believers, uncovers a tangled web of secrets inside a lefty New York family. 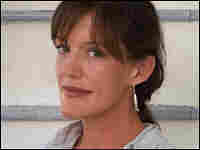 Zoe Heller's 2003 novel, Notes on a Scandal was short listed for the Booker Prize in 2003 and adapted for film in 2006. Jacques Brouchier hide caption 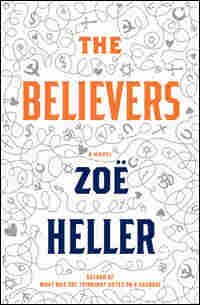 Novelist Zoe Heller writes brilliant stories about bad people: Her first novel, Everything You Know, was narrated by an angry hack writer who may or may not have murdered his wife. Notes on a Scandal, her 2003 follow-up effort, featured a teacher who slept with her student and then was betrayed by a close friend. (In the U.S., the book was released as What Was She Thinking? Notes on a Scandal.) And her most recent novel, The Believers, centers on Audrey, an unhappy matriarch who serves her family spaghetti and meatballs that she slides — cold and congealed — from the can to the dinner table.

But as Heller tells Morning Edition guest host Linda Wertheimer, just because her characters are unlikable, doesn't mean they are without virtue.

"My hope, at least, is that I write difficult, complicated, but sympathetic characters," says Heller. "There are some very clear reasons why [Audrey] has become a monstrous person."

Audrey is a woman whose potential goes unfulfilled partly because, as Heller says, she had the misfortune of marrying a "very successful man." That man has a stroke and lies unconscious throughout most of the book, while Audrey and her three adult children orbit around him, unhappy with themselves and vicious to one another.

Heller says The Believers is ultimately about characters who "have the gift of conviction" — who believe, or want to believe, strongly in "isms" — Socialism, Judaism — but who struggle with their faith in various ways.

"What the book suggests is it is heroic when you can unblock your ears and take in new intelligence that threatens to contradict your most passionately held beliefs," explains Heller.

One of the most dramatic reversals occurs to Audrey's youngest daughter, Rosa, a revolutionary socialist who has become painfully disillusioned with socialism after spending four years in Cuba. Instead, she turns to Orthodox Judaism — an interest her mother greets with unmerciful cynicism.

But Heller notes that some of the things Audrey says about religion — however mean or unreasonable — are meant to make you laugh. And, she adds, lots of people in the world behave just as unpleasantly as her characters do.

"I'm slightly irritated by what I think is a kind of modern demand for characters you can root for, characters you would like to be friends with. Speaking as a reader, I have to say that some of my favorite characters in literature are some of the nasty ones," Heller says.

Keeping the reader engaged is a task Heller says she approaches with "great difficulty and anxiety." Maybe it's this anxiety that keeps Heller's books relatively slender — despite the author's admitted desire to finish "a great big Icelandic doorstop" of a novel.

"I keep producing these very slender novels," she says. "One of these days I'm going to produce this vast book, and no one will read it, but I will be satisfied." 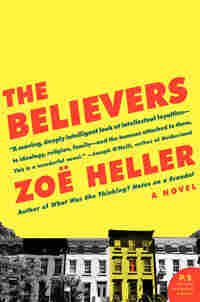 At a party in a bedsit just off Gower Street, a young woman stood alone at the window, her elbows pinned to her sides in an attempt to hide the dark flowers of perspiration blossoming at the armholes of her dress. The forecast had been for a break in the weeklong heat wave, but all day the promised rain had held off. Now, the soupy air was crackling with immanent brightness and pigeons had begun to huddle peevishly on window ledges. Silhouetted against the heavy, violet sky, the Bloomsbury rooftops had the unreal, one-dimensional look of pasted-on figures in a collage.

The woman turned to survey the room, wearing the braced, defiant expression of someone trying not to feel her solitude as a disadvantage. Most of the people here were students, and aside from the man who had brought her, she knew no one. Two men had separately approached her since she had been standing at the window, but fearful of being patronized, she had sent them both away. It was not a bad thing, she told herself, to remain composed on the sidelines while others grew careless and loud. Her aloofness, she fancied, made her intriguing.

For some time now, she had been observing a tall man across the room. He looked older than the other people at the party. (Casting about in the exotic territory of old age, she had placed him in his early thirties.) He had a habit of massaging his own arms, as if discreetly assessing their muscularity. And from time to time, when someone else was talking, he raised one leg and swung his arm back in an extravagant mime of throwing a ball. He was either very charming or very irritating: she had not yet decided.

"He's an American," a voice said. Audrey turned to see a blond woman smiling at her slyly. She was wearing a violently green dress and a lot of recklessly applied face powder that had left her nose and chin a queer orange color quite distinct from the rest of her complexion. "A lawyer," she said, gesturing across the room at the tall man, "His name's Joel Litvinoff."

Audrey nodded warily. She had never cared for conspiratorial female conversation of this sort. Its assumption of shared preoccupations was usually unfounded in her experience, its intimacies almost always the trapdoor to some subterranean hostility. The woman leaned in close so that Audrey could feel the damp heat of her breath in her ear. The man was from New York, she said. He had come to London as part of a delegation, to brief the Labour Party on the American civil rights movement. "He's frightfully clever, apparently." She lowered her eyelids confidentially. "A Jew, you know."

There was a silence. A small breeze came in through the gap in the window where it had been propped open with books. "Would you excuse me?" Audrey said.

"Oh!" the woman murmured as she watched her walk away.

Pressing her way through the crowd, Audrey wondered whether she had dealt with the situation correctly. There was a time when she would have lingered to hear what amusing or sinister characteristic the woman attributed to the man's Jewishness -- what business acumen or frugality or neurosis or pushiness she assigned to his tribe -- and then, when she had let the incriminating words be spoken, she would have gently informed the woman that she was Jewish herself. But she had tired of that party game. Embarrassing the prejudices of your countrymen was never quite as gratifying as you thought it would be; the countrymen somehow never embarrassed enough. It was safer, on the whole, to enjoy your moral victory in silence and leave the bastards guessing.

Audrey halted now, at the sound of someone calling her name. Several yards to her left, a stout red-haired youth was standing between two taller men in an unwitting turret formation. This was Martin Sedge, her date for the evening. He was waving and beckoning, making little smoky swirls in the air with his cigarette: "Audrey! Come over here!"

Audrey had met Martin three months before, at a conference of the Socialist Labour League in Red Lion Square. Despite being one year her junior, he was much more knowledgeable about political theory -- much more experienced as an activist -- than she was, and this inequality had given their friendship a rather pedagogical cast. They had been out together four times, always to the same grimy pub around the corner from where Audrey worked, and on each of these occasions their conversation had swiftly lapsed into tutorial mode, with Audrey sipping demurely at her shandy, or nibbling at a pickled egg, while Martin sank pints of beer and pontificated.

She did not mind being talked at by Martin. She was keen to improve herself. (On the flyleaf of the diary she was keeping that year, she had inscribed Socrates' words, "I know nothing except the fact of my ignorance.") There was a girlish, renunciatory streak in her that positively relished Martin's dullness. What better proof could there be of her serious-mindedness -- her rejection of the trivial -- than her willingness to spend the spring evenings in a saloon bar, absorbing a young man's dour thoughts on the Fourth International?

Tonight, however, Martin seemed at pains to cast off his austere instructor's persona. In deference to the weather and to the festive nature of the occasion, he had forgone his pilled Shetland sweater in favor of a short-sleeved shirt that revealed his pink, ginger-glazed forearms. Earlier in the evening, when he had met Audrey at the Warren Street tube station, he had kissed her on the cheek -- a gesture never hazarded before in the short history of their acquaintance.

"Audrey!" he bellowed now, as she approached. "Meet my mates! Jack, Pete, this is Audrey."

Audrey smiled and shook Jack and Pete's wet hands. Up close, the three men were a small anthology of body odors.

"You out of drink?" Martin asked. "Give me your glass, and I'll get you another. It's bedlam in that kitchen." 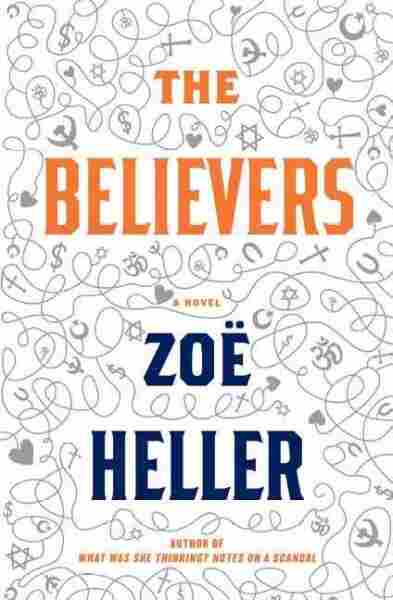