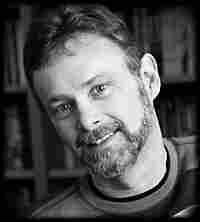 Author Christopher Moore read — and reread — William Shakespeare's tragedy, King Lear. Following that, he read as many versions of the play as possible.

Moore then decided Lear's canny fool needed a more prominent role in the tale. His book, Fool, is that story. Moore names him Pocket, and Pocket is joined by his less-than-masterful apprentice, Drool.

Told through Pocket's eyes, King Lear becomes a comedy jam-packed with bawdy humor, creative expletives, and even more intrigue than the original. 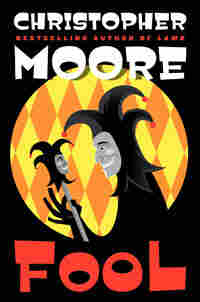 Excerpt contains language that may be offensive to some.

"Foolish teachin' him to talk, if you ask me," said the sentry.

The yeoman took a swipe at the bird with his spear and the great black bird swooped off the wall and went cawing out over the Thames. A ferryman looked up from his boat, saw us on the tower, and waved. I jumped onto the wall and bowed — at your fucking service, thank you. The yeoman grumbled and spat after the raven.

There have always been ravens at the White Tower. A thousand years ago, before George II, idiot king of Merica, destroyed the world, there were ravens here. The legend says that as long as there are ravens at the Tower, England will stand strong. Still, it may have been a mistake to teach one to talk.

"The Earl of Gloucester approaches!" cried a sentry on the west wall. "With his son Edgar and the bastard Edmund!"

The yeoman by me grinned. "Gloucester, eh? Be sure you do that bit where you play a goat and Drool plays the earl mistaking you for his wife."

"That would be unkind," said I. "The earl is newly widowed."

"You did it the last time he was here and she was still warm in the grave."

"Well, yes. A service that — trying to shock the poor wretch out of his grief, wasn't it?"

"Good show, too. The way you was bleatin' I thought ol' Drool was givin' it to you right proper up the bung."

I made a note to shove the guard off the wall when opportunity presented.

"Heard he was going to have you assassinated, but he couldn't make a case to the king."

"Gloucester's a noble, he doesn't need a case for murder, just a whim and a blade."

"Not bloody likely," the yeoman said, "everyone knows the king's got a wing o'er you."

That was true. I enjoy a certain license.

"Have you seen Drool? With Gloucester here, there'll be a command performance." My apprentice, Drool — a beef-witted bloke the size of a draught horse.

"He was in the kitchen before the watch," said the yeoman.

The kitchen buzzed — the staff preparing for a feast.

"Have you seen Drool ?" I asked Taster, who sat at the table staring sadly at a bread trencher laid out with cold pork, the king's dinner. He was a thin, sickly lad, chosen, no doubt, for his weakness of constitution, and a predisposition toward dropping dead at the slightest provocation. I liked to tell him my troubles, sure that they would not travel far.

"Does this look poisoned to you?"

"It's pork, lad. Lovely. Eat up. Half the men in England would give a testicle to feast thus, and it only mid-day. I'm tempted myself." I tossed my head — gave him a grin and a bit of a jingle on the ol' hat bells to cheer him. I pantomimed stealing a bit of his pork. "After you, of course."

A knife thumped into the table by my hand.

"Back, Fool," said Bubble, the head cook. "That's the king's lunch and I'll have your balls before I'll let you at it."

"My balls are yours for the asking, milady," said I. "Would you have them on a trencher, or shall I serve them in a bowl of cream, like peaches?"

Bubble harrumphed, yanked her knife from the table and went back to gutting a trout at the butcher block, her great bottom rolling like thunderclouds under her skirt as she moved.

"You're a wicked little man, Pocket," said Squeak, waves of freckles riding o'er her shy smile. She was second to the cook, a sturdy, ginger-haired girl with a high giggle and a generous spirit in the dark. Taster and I often passed pleasant afternoons at the table watching her wring the necks of chickens.

Pocket is my name, by the way. Given to me by the abbess who found me on the nunnery doorstep when I was a tiny babe. True, I am not a large fellow. Some might even say I am diminutive, but I am quick as a cat and nature has compensated me with other gifts.

"I think Drool was headed to the princess's chambers," Squeak said.

"Aye," said Taster, glumly. "The lady sent for a cure for melancholy."

"And the git went?" Jest on his own? The boy wasn't ready. What if he blundered, tripped, fell on the princess like a millstone on a butterfly? "Are you sure?"

Bubble dropped a gutless trout into a bushel of slippery cofishes.

"Chanting, 'Off to do ma duty,' he was. We told him you'd be looking for him when we heard Princess Goneril and the Duke of Albany was coming."

"Ain't he sworn to string your entrails from the chandelier?" asked Taster.

"No," corrected Squeak. "That was Duke of Cornwall. Albany was going to have his head on a pike, I believe. Pike, wasn't it, Bubble?"

"Aye, have his head on a pike. Funny thing, thinkin' about it, you'd look like a bigger version of your puppet-stick there."

"Jones," said Taster, pointing to my jester's scepter, Jones, who is, indeed, a smaller version of my own handsome countenance, fixed atop a sturdy handle of polished hickory. Jones speaks for me when even my tongue needs to exceed safe license with knights and nobles, his head pre-piked for the wrath of the dull and humorless. My finest art is oft lost in the eye of the subject.

"Yes, that would be right hilarious, Bubble — ironic imagery — like the lovely Squeak turning you on a spit over a fire, an apple up both your ends for color — although I daresay the whole castle might conflagrate in the resulting grease fire, but until then we'd laugh and laugh."

I dodged a well-flung trout then, and paid Bubble a grin for not throwing her knife instead. Fine woman, she, despite being large and quick to anger. "Well, I've a great drooling dolt to find if we are to prepare an entertainment for the evening." 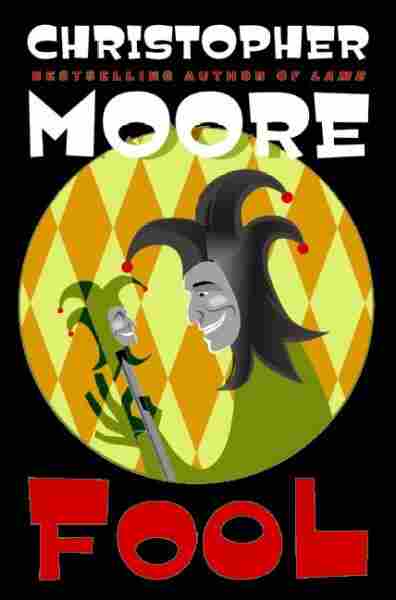