Accessibility links
Performing Arts - 'Absalom' Playwright Zoe Kazan, Writing Close to Home Kazan comes from a long line of writers and directors, including the legendary director Elia Kazan. Now the 25-year-old adds a new chapter to her family's story: She's written a play of her own, about a family of writers. 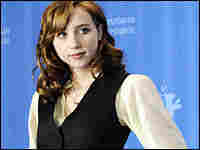 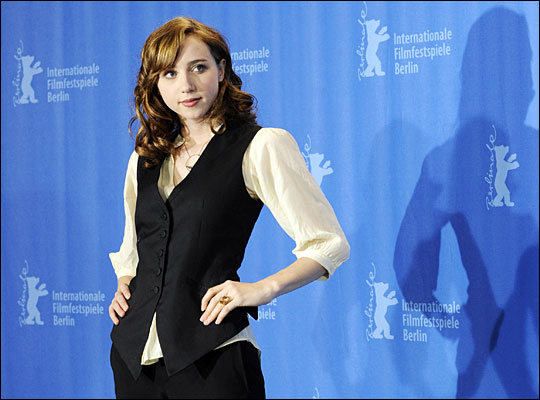 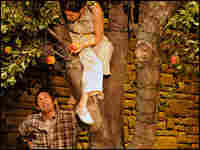 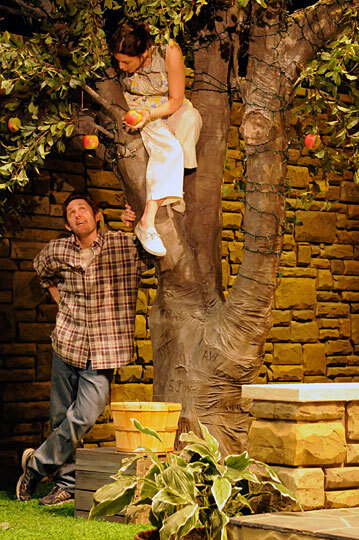 Todd Weeks and Katie Kreisler star in Kazan's debut play, Absalom; it's getting its premiere at this year's Humana Festival in Louisville, Ky.

Zoe Kazan is an actress on the rise, earning praise for her role in the recent Broadway production of Anton Chekhov's The Seagull and for her portrayal of a naive secretary in the film Revolutionary Road.

To say Kazan has the arts in her blood would be an understatement — her father is a screenwriter, her mother a screenwriter and director.

But the Kazan forebear you've most likely heard of is her grandfather Elia Kazan, the director of such films as On the Waterfront.

Zoe Kazan, 25, has now added a new chapter to this story: She's written a play of her own. It's called Absalom, and it's getting its world premiere at this year's Humana Festival of New American Plays in Louisville, Ky.

Kazan was in her junior year at Yale University when she started the project. It began as a class exercise — she was just taking a course with playwright Donald Margulies, she says, and never envisioned Absalom as a full-length play.

She cranked out about 50 pages of dialogue that told the story of a family squabbling over inherited land. A year later, she submitted what she then called The Reckoning to the Yale Playwrights Festival, where it got a staged reading.

Afterward, audiences participated in discussion sessions, and the resulting comments got Kazan thinking more about the characters and themes, so she kept at it.

In 2007, she submitted it to the Humana Festival, where she got more feedback. Last year, Kazan put the play through Lincoln Center Theater's Directors Lab, where she got another reading and more reactions. All of that work has culminated in the play she now calls Absalom.

In the Bible, Absalom is King David's son. He leads a rebellion against his father and is killed for his insolence.

Kazan's Absalom revolves around a domineering father and his relationships with his children — all of them writers, all of them fixated on their father's new autobiography.

But Kazan insists her play is not itself autobiographical.

"Yes, I'm writing about a family of writers; I come from a family of writers," she says. "I think it would actually be very difficult for me not to have written this play, in a way. It's a huge part of my experience and who I am as a person.

She wanted to explore these themes using a classic narrative structure — a plot that unfolds within a day, characters in conflict, realistic dialogue.

Giovanna Sardelli, who teaches acting at New York University's Tisch School of the Arts and is directing the premiere of Absalom, says the play is the type you don't see very often these days.

"It's well-structured," Sardelli says. "It's a night in the theater that is both relevant and new and interesting, but then there is something that is timeless and classical about it."

One of Kazan's teachers has compared her work to that of Chekhov and Arthur Miller. And like Miller's All My Sons, the family in Absalom is dominated by a proud but flawed father. He talks of his children as the most important things in his life, when in fact it is his career that takes center stage. That emerges when he presents his daughter with the autobiography.

"I really think that Zoe is part of, and a harbinger of, a return to realism, which she may not have given any thought to, being a person who's naturally drawn to classical structure both as an actor and as a writer," Margolin says.

Kazan doesn't identify herself that way. But she admits that getting her first play to the stage has been a hard dose of reality.

"I'm learning a lot as the writer in the room," she says. "And I think I'm going to know a lot more going into my next play."

Kazan says she's 50 pages into that next play so far. She'll juggle writing it with other projects, including a screenplay — and, of course, her acting.