Accessibility links
The Beatles Live On Macklin Levine was born more than 25 years after the Fab Four broke up, but at 12, she has a deep appreciation for Beatles music. "As old as the songs are, you can learn a lot about yourself from the lyrics," she says. And the Beatles help her remember her Dad, too. 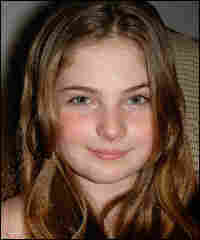 Macklin Levine wrote her essay for her sixth grade English class at Fieldston School in New York City. She says she explored several beliefs including the importance of mistakes and the power of forgiveness before coming to her belief in The Beatles. Molly Fowler hide caption 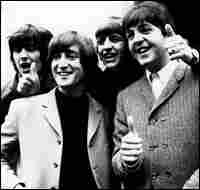 "As old as [Beatles] songs are, you can learn a lot about yourself from the lyrics," Levine says. Above, The Beatles pictured in London in 1965. Evening Standard/Getty Images hide caption 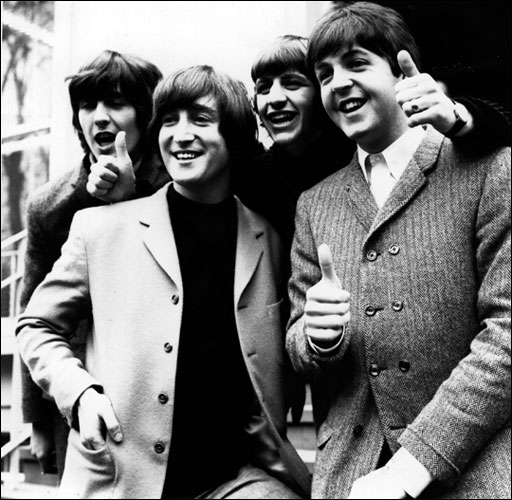 "As old as [Beatles] songs are, you can learn a lot about yourself from the lyrics," Levine says. Above, The Beatles pictured in London in 1965.

I believe in The Beatles. Although they don't exist anymore, their music is very much alive, even to a 12-year-old like me. As old as the songs are, you can learn a lot about yourself from the lyrics. Listening to them with others and singing along has been important to me and to my family.

Three years ago, my dog Phoebe ran away near our house in Cold Spring, N.Y. Every Friday afternoon, we would drive upstate from Manhattan together as family and dog. My parents never had much music in the car — nothing that we could all agree to listen to except for "Yellow Submarine" by The Beatles.

We were really scared when Phoebe took off, but hoped she'd come back soon. She didn't. My friend's Dad hiked into the state park behind our house, miles in, posting signs explaining about our lost dog. A day passed, and still no Phoebe.

We called and called into the woods.

Next thing I knew, my Dad climbed into our station wagon and disappeared. A half an hour later, I saw the headlights of our car and heard the weirdest thing: loud, loud music. It was nine o'clock at night, my dad is in the car alone, and he's blasting Beatles music.

My Dad was really smart, probably the smartest one of any of the people looking for Phoebe. But Mom thought he'd lost his mind. Dad explained he figured Phoebe had been in the car with us all those times when we had nothing else to listen to but The Beatles over and over again. He thought if anything could make her come home, it would be the sound of The Beatles.

Phoebe did come home a few days later. It wasn't The Beatles who got her there; it was a sign a neighbor saw, and the phone number on her collar. But I think back to my Dad playing The Beatles' music so loud we could hear him a half mile away across the lake, and it makes me smile.

My Dad died a few months after my dog ran away, and when I first wrote the essay I was afraid to say that because I knew I wouldn't be able to read it out loud in class without crying. But now when I think of him, I remember his wacky idea to play the family music, and how it made me feel like everything would be okay.

The Beatles don't exist anymore but their music will live in everyone forever. I believe in The Beatles because their music brings people together, and gives us hope.