Accessibility links
'Ask Your Mama': A Music And Poetry Premiere Langston Hughes' epic poem Ask Your Mama: 12 Moods for Jazz gets a multimedia makeover at Carnegie Hall, complete with opera's Jessye Norman, a full symphony orchestra and the hip-hop group The Roots. 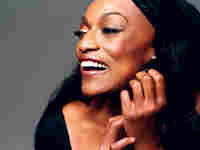 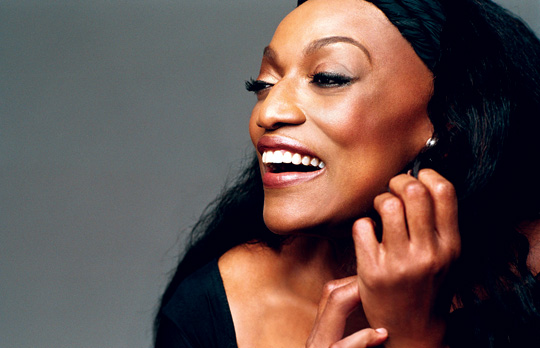 Ask Your Mama is just one event in Jessye Norman's festival called Honor!, a celebration of Africa-American culture at Carnegie Hall.

Hear a sneak-preview section of "Ask Your Mama" in this demo version arranged by composer Laura Karpman. Singers: Medusa and Tammy Jenkins.

For most of this month, Carnegie Hall has been presenting a festival called Honor! Curated by soprano Jessye Norman, it showcases the cultural legacy of African-American musicians. Norman takes the Carnegie stage Monday night, joined by hip-hop artists The Roots and the Orchestra of St. Luke's to perform the world premiere of a new piece by composer Laura Karpman called Ask Your Mama, featuring the poetry of Langston Hughes. 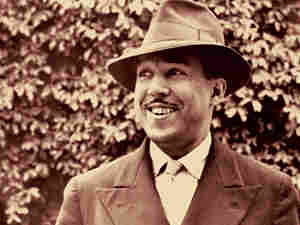 Karpman was going through a bookstore when she stumbled onto a little-known epic poem by Hughes, the poet laureate of the Harlem Renaissance. It was called Ask Your Mama: 12 Moods for Jazz.

"What attracted me to the piece was not only that it was written by Langston Hughes, who I think is one of the most brilliant poets who ever lived," Karpman says, "but in the right-hand margins of the poem, Langston says exactly how the music should sound."

Hughes wrote the sprawling poem late in his career, in 1960, while he was attending the Newport Jazz Festival. He had music in his ears, and dictated a kind of soundtrack in the margins of the poem that included everything from blues to German lieder to gospel and Latin music, all together.

"One of the poems is called The Gospel Cha-Cha," Norman says, "where there's sort of African-American gospel music, but also the music that one would have heard that was coming up from the Caribbean."

Annie Dorsen, who directed Passing Strange on Broadway, is overseeing the physical presentation of Ask Your Mama, which will include video. She says Hughes was paying homage to generations of African-American artists, while experimenting with form.

Karpman has written something of a maximalist score for Ask Your Mama. She's using hip-hop, a full classical orchestra and jazz instruments. She even has two musicians sitting at keyboards, triggering samples from laptops.

"When Langston asks for old-time, traditional 12-bar blues, instead of making the orchestra do that — which always sounds not-quite-right, to be kind — I actually trigger the sample of Cab Calloway doing 'St. James Infirmary Blues,' " Karpman says.

Hughes has a presence throughout the piece. Karpman found an old recording of the poet reading his poem. She digitized it and then sampled from it, as well.

Norman says she views Hughes' poem as a microcosm of the entire festival.

"All of these names, all of this music that Langston Hughes heard in Harlem at the time, the newer immigrants from Latin America and people coming to this country from Africa that were making their music that he was hearing," Norman says. "All of this is indicated in the margins of the poem. And all of this Laura has been able to bring to this piece."

After Carnegie Hall, Ask Your Mama is scheduled to be performed with Norman at the Hollywood Bowl, as well as with the Baltimore Symphony Orchestra.