Accessibility links
Raphael Saadiq Brings Back The Love Song Saadiq is a new soul making "old" music. His latest record, The Way I See It, could have come right out of the '60s, but his style doesn't mesh well with modern marketing. Saadiq is making the music he loves, which he doesn't think is "retro" at all. 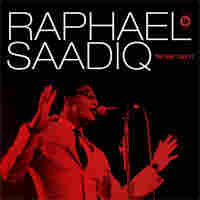 Saadiq's latest album is titled The Way I See It. hide caption 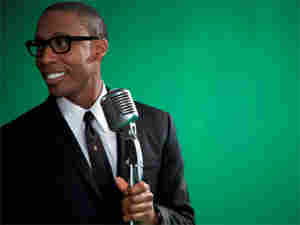 Don't call it "neo-soul." The soul is so ingrained in Raphael Saadiq that it feels like he was born a little too late. Courtesy of the artist hide caption

Raphael Saadiq is a new soul making "old" music. His latest record, The Way I See It, could have come right out of the '60s, but his style doesn't mesh well with modern marketing.

"In this climate of the industry, to do the record like I did was kind of unheard-of," Saadiq says. "Even my label — they never heard the record until it was done. They were like, 'What do we do with this? He's not a blonde girl. He's not Amy [Winehouse]. He's not Duffy.' "

But Saadiq is making the music he loves. In an interview with All Things Considered host Michele Norris, Saadiq says he doesn't think it's "retro" at all.

"I don't even see it as retro, because I've been there so long in my life," Saadiq says. "I feel like something is retro if you're trying it out. But I've been doing it all my life. I don't do it in my sleep, but I dream — I feel like I should've been there back in the day, like I was born a little too late."

His album cover even reflects a certain '60s hepcat quality: Saadiq is sporting heavy glasses, a skinny tie and snug pants. It's a style he's been cultivating over the years.

The Way I See It is full of three-minute songs, a nod to '60s singles, but one stands out in particular: "Big Easy." The song came to him while watching Spike Lee's Hurricane Katrina documentary, When the Levees Broke, yet it's upbeat.

"I wanted to do something in the spirit of New Orleans," Saadiq says. "In New Orleans, when they mourn, they really celebrate and have a great time. I wanted to give it that same spirit."

The album sounds like there are many people in the studio, but Saadiq practically recorded every instrument: first drums, then bass, then piano and everything else. He'd then call in others to record other tracks, like Joss Stone on vocals and Stevie Wonder on harmonica.

His says his real desire, however, is to make music that could be in films.

"I watch a lot of old movies and Quentin Tarantino and Jackie Brown. I always hear good music like The Chi-Lites and The Delfonics," Saadiq says. "I wanted to make a record that [Martin] Scorsese could take a piece of my music and put it in his films."

"But he said it was a good sound," Saadiq says. "We wanted it to sound as dirty, as grimy as it possibly could."

The songwriters behind Motown and Stax Records talked a lot about love, and not in a cheesy way. They wrote songs with clever lyrics, which Saadiq says don't exist much anymore. Saadiq even jokes that The Temptations and Smokey Robinson took every subject possible. But that didn't stop Saadiq from trying.

"I guess my mission was to make it clever, but to make the music and the words mean the same thing. It has to be one," Saadiq says. "Back in the day, it wasn't two separate things — the instruments said the same thing as the lyrics, and that's what I wanted to do with this record."