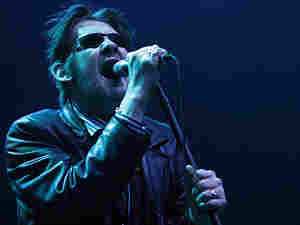 When you think about Celtic music, piercing tin whistles, mournful violins and galloping bodhran drums generally come to mind. But in the last few decades, many bands have picked up The Pogues' lead by melding Celtic folk music with punk-rock energy.

In these five songs, lightning-fast beats and slashing guitars are at least as prevalent as whistles and accordions. What remains is the exuberant side of Celtic music, which generally manifests itself in sing-along choruses and feisty lyrics about drink, rebellion, lovely lasses and so on. So forget about "Danny Boy," green beer and sad songs about hard times. The Irish are old hands at having fun in the face of adversity — and, in this case, turning up the amps way up as they pogo-dance along to the beat. 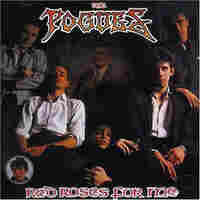 While 1985's landmark Rum, Sodomy & the Lash was the first Pogues album to be released in the U.S., it was 1984's Red Roses for Me that fired the first shot in the Celtic punk revolution. The manic tempos and brutally frank lyrics of Shane MacGowan were celebrating Irish heritage, but also urgently brought the music up to date. MacGowan has written a number of boozy classics for the band, and "Streams of Whiskey" is among the earliest and best. From the marshal beat to the lyrics about roaming around looking for a better place to live (it appears to have a bar), the song is an exuberant celebration. The band often opens its concerts with this tune, and there's no better way to set the tone for the evening. 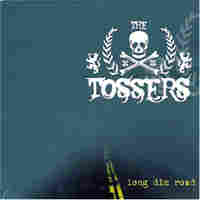 Hailing from the south side of Chicago, long a destination for Irish immigrants, The Tossers formed in 1993 and released a handful of albums on independent labels, including 2000's Long Dim Road. The CD's gatefold package houses an accompanying lyric sheet, written by singer T. Luggins, which details both merriment and dolor with literary flair. In "The Pub," the words are alternately light and dark, commenting on barroom prophets and regulars, but the music is decidedly upbeat and energetic. Here, the seven-piece band features electric guitar, giving the song real bite. The tempos are so fast, it's virtually impossible to do a jig. 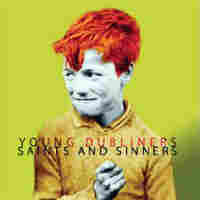 In a formal tip of the hat to The Dubliners -- one of the most influential folk bands in Ireland -- Young Dubliners formed when Dublin natives Keith Roberts and Paul O'Toole crossed paths in an L.A. bar in the early '90s. The two hatched a big rock sound, marked by electric guitars and pounding drums, that isn't sonically far from the grunge or punk of its era. The band follows the great folk tradition of writing songs with strong narratives, and this one from 2009's Saints and Sinners is a love song designed to cheer up the title character. The big shout-along chorus and violin solo recall the folk tradition, while the electric guitar and bass add a muscularity that cuts through the din of a sweaty rock club -- or a crowded local tavern. 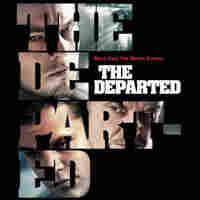 I'm Shipping Up to Boston

Some might remember this song from the soundtrack to 2007's Oscar-winning The Departed, though it first appeared on punk label Hellcat's 2004 sampler Give 'Em the Boot IV. The band looks like a bunch of street urchins from working-class South Boston, but Dropkick Murphys' music is punk rock with a side of pipe, accordion and banjo. The opening notes of "Shipping" hit like the first punch of a bar fight; then the song builds into a full-blown punk anthem. Although the blistering vocals are more reminiscent of the legendary hardcore band Minor Threat than The Clancy Brothers, the story is firmly in the sea-shanty tradition -– this one chronicles a sailor shipping out and losing his leg in an injury as he climbs the topsail. Note that the slightly slower tempo makes it possible to attempt a jig without spilling your beer. 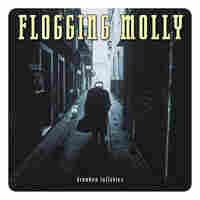 Here's another L.A. band that wears Celtic colors with pride. Founded in 1997, this septet has kicked up a visceral roar over the course of six albums. If there's ever been a misnamed song, it would be this one released in 2002: "Lullabies" isn't a lullaby at all. It starts off calmly enough, with a bit of banjo and drum, but in the blink of an eye, it turns into a raucous punk anthem. Through the din of snarling electric guitar, violin and the rest, the vocals cover all the usual subject matter. The excellent violin work from Bridgett Regan adds some Celtic soulfulness, thanks in large part to the evenhanded engineering of Steve Albini, perhaps best known for his work with Nirvana.