Accessibility links
John Wesley Harding: Man Of Many Callings : World Cafe For the folk-pop songwriter who borrows his stage name from the 1967 Bob Dylan album, cleverly pointed lyrics and biting humor come as no surprise. As sharp as ever after a five-year hiatus, Harding has released Who Was Changed and Who Was Dead, the result of a new found musical freedom.

"Top Of The Bottom" 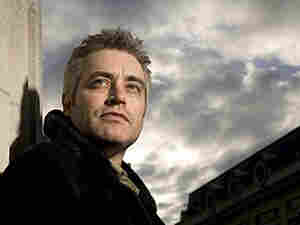 After a five-year break, John Wesley Harding is back with Who Was Changed and Who Was Dead. Courtesy of Artist hide caption

John Wesley Harding's name holds a wealth of historic references. Born Wesley Stace, he was named after John Wesley, the founder of Methodism. The folk-pop songwriter then adopted his stage name from the 1967 Bob Dylan album, in which Dylan famously misspells the name of the Old West gunslinger, John Wesley Hardin.

With a Dylan-esque panache and the borrowed irreverence of his Western namesake, it's no surprise that Harding's strength lies in his pointed lyrics and biting humor. Hinting at influence from Elvis Costello and Ray Davies, he shares his cynical observations through catchy, amusing melodies.

Never one to limit himself, Harding took a five-year hiatus from music to write two critically acclaimed novels. Now that he's back, Harding is as sharp as ever. Who Was Changed and Who Was Dead is his first rock album since 2004's Adam's Apple. Recorded with The Minus Five, it is the result of a new found musical freedom, which Harding discusses during a session with host David Dye.