Accessibility links
Anne Brown: She Put The Bess In 'Porgy And Bess' The Baltimore-born singer dazzled George Gershwin so much that he upsized her character — and added her name to the show's title. News circulated this week of Brown's death in Norway; she was 96. 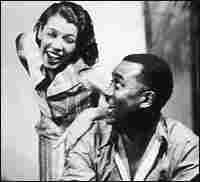 Anne Brown co-starred with Todd Duncan in the original Broadway production of Porgy and Bess in 1935. Talbot/Museum of the City of New York/Getty Images hide caption 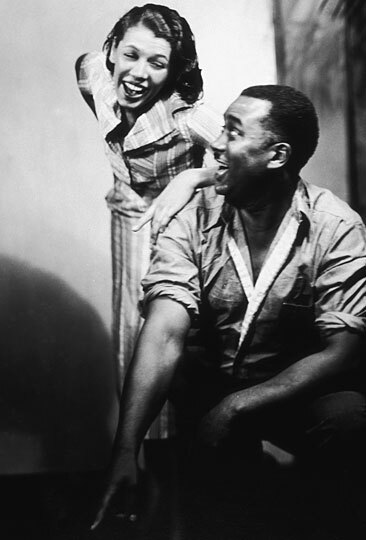 Anne Brown co-starred with Todd Duncan in the original Broadway production of Porgy and Bess in 1935.

From 'Porgy And Bess'

'What You Want Wid Bess?'

Documentarian Nicole Franklin followed Anne Brown for her film Meet Bess, currently in post-production. Below, her 10-minute Web teaser for the film:

Composer George Gershwin heard only one Bess sing in Porgy and Bess. This week the opera world learned it had lost her: Soprano Anne Brown died on Friday in Norway at age 96, after a life that was filled with operatic moments both on and off the stage.

For audiences in 1935, Anne Brown must have seemed to own the role of Bess. At a time when there were precious few classically trained black singers, this newcomer was a revelation.

She was a 23-year-old music student when she stood before Gershwin, auditioning with Schubert and Brahms, the classical music she was studying at the Juilliard School. But he wanted to hear her sing a Negro spiritual.

Brown was offended, but she sang "A City Called Heaven" without accompaniment, and Gershwin immediately knew he had his leading lady.

Except that his folk opera didn't have a leading-lady part: In Porgy, the DuBose Heyward novel, Bess is just one of many poor black characters. But Gershwin was so taken with Anne Brown that he kept adding material for her.

One day after a rehearsal, Gershwin sat Brown down and told her the show she was in would no longer be called just Porgy. Brown had literally put the Bess in Porgy and Bess.

There was still one thing she wanted, and after much cajoling, she got it — a reprise of a lullaby sung by another character. It was called "Summertime."

A Lukewarm Reception, And A Strong Stand

In October of 1935, Porgy and Bess opened at New York's Alvin Theater, to general confusion from the critics. They weren't sure whether they had seen an opera or a musical, and either way, they were mixed on it.

Still, they liked Brown, and Todd Duncan, who played Porgy. So the company headed out on tour — a sometimes rocky tour. In Washington, D.C., near Brown's hometown of Baltimore, she refused to perform when the company was booked into a segregated auditorium.

Duncan backed her, the management backed down — and for that one week in 1936, blacks and whites sat together at the National Theatre, two blocks from the White House.

Though Brown's operatic career boomed, she became so fed up with racial prejudice that she relocated to Europe, where she married an Olympic skier and raised a family in Oslo, Norway.

Chronic asthma ended her singing career in the 1950s, but for decades after that, she taught music and directed operas — including a Norwegian production of Porgy and Bess done with white singers in blackface because Norway simply didn't have any black opera singers.

Brown remained philosophical about that sort of thing well into her 90s, sometimes offering interviewers a line that sounded a lot like something Bess might say:

"We tough girls tough it out."