Accessibility links
Trains Are For Tourists Americans have long envied the well-developed train systems of Europe and Japan. But President Obama's plan to implement our own set of high-speed rails may not be as efficient as many would like to think. Commentator Randal O'Toole of the Cato Institute explains why trains may be good for tourists, but not for everyone else.

Trains Are For Tourists

Trains Are For Tourists 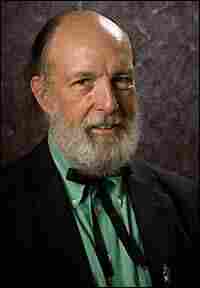 When I went to Europe, I loved to ride the trains, especially the French TGV and other high-speed trains. So President Obama's goal of building high-speed rail in the United States sounded good at first.

But when I looked at the details, I discovered that — while high-speed rail may be good for tourists — it isn't working very well in Europe or Japan.

Throughout the world and throughout history, passenger trains have been used mainly by a wealthy elite and have never given the average people of any nation as much mobility as our interstate highways.

Moreover, the interstates paid for themselves out of gas taxes and other user fees, while high-speed rail requires huge subsidies from general taxpayers.

Personally, I would much rather ride a train than drive anywhere. But I have to admit that automobiles are the most egalitarian form of travel ever invented. Throughout the developed world, people of all income levels regularly travel by car, while only a small number of people regularly ride trains. For example, the average American drives for 85 percent of their travel; the average European 79 percent — not much difference.

The environmental benefits of high-speed rail are also questionable.

President Obama's plan actually calls for moderate-speed rail: 110-mph passenger trains sharing tracks with freight trains. These moderate-speed trains will mostly be diesel-powered, and for safety purposes they will be heavy. By the time these trains start operating, both cars and airplanes will use less energy and emit far less greenhouse gases per passenger mile than the moderate-speed trains.

True high-speed rail — trains moving at 200 mph or faster — requires costly dedicated tracks: a national network would easily cost more than a half-trillion dollars. Considering that both airplanes and cars are getting more fuel-efficient all the time, the environmental costs of constructing these lines will never be recovered in any operational savings.

True high-speed trains are electrically powered, but if that electricity comes from fossil fuels, it will produce as much greenhouse gas, per passenger mile, as autos or planes. As we develop more renewable electricity, we would do better to dedicate that power to plug-in hybrids than to build expensive but little-used train lines.

We have a choice between a transportation system that everyone uses and that pays for itself, or one that requires everyone to pay through their taxes but that is used by only a small elite. Which is the better symbol for the America that President Obama wants to rebuild?