Accessibility links
The Sun Sets On Record Discovery In Tokyo Japan has long been a cratedigger's paradise, with an inexhaustible supply of esoteric treasures, but keen dealers now hawk their wares on eBay. Despite the dwindling amount of rare vinyl to be found in Japanese record stores, record collector Egon still manages to return home with some gems. 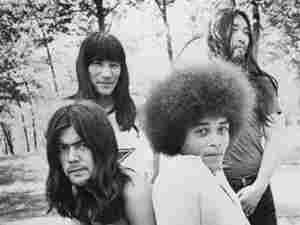 I've been going to Japan for years. My passport is filled with the stamps that Narita airport customs officers carefully placed alongside the garbled imprints left by officials in the EU. I used to leave Japan with bags full of vinyl — "bringing the soldiers home" as DJ Shadow once said. The records weren't always cheap, but they were plentiful. The country's shops seemed to stock an inexhaustible supply of esoteric treasures –- from the all-Serge Gainsbourg boutique I once stumbled upon in Shinjuku, to the little stall I found in Harajuku, overflowing with colorful 45s in an array that would make the nearby Bathing Ape store blush.

Now, the going is harder. Japanese dealers hawk their wares on eBay, ensuring that deadstock of Lou Ragland Conveyer LPs fetch a worthy 100,000 yen. While the downturn has been delayed — Tower Records still thrives in Japan — Japan's music industry is slowing like everywhere else, and the used record store has become an early victim.

That's not to say there aren't gems to find. On a recent tour of Japan with Madlib and J.Rocc I happened upon these pleasant finds. Still, there's something sad about showing up at the airport knowing I won't have to pay an overage charge due to the heavy stacks of black plastic swelling my luggage. 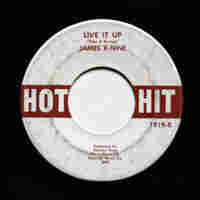 Shelly Pope was the flamboyant New Orleans based DJ responsible, in one way or another, for three obscure masterpieces centered around Crescent City pianist, arranger and funk legend Eddie Bo. Released on different labels, the Soul Lifters' 45 "Hot Sweaty and Funky" and Doug Anderson's "Mama, Here Comes The Preacher" certainly were recorded by the same band. James K-Nine's "Live It Up," while sonically similar, grabs from a different bag. "You might as well just call the drummer SP-1200," collector Dante Carfagna said, referring to the drummer's uncanny timing and the old school drum machine and sampler used by so many legendary hip-hop producers. I got lucky at the Shibuya Disc Union, stumbling upon the local New Orleans issue of the tune. 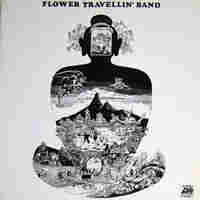 Ever since I passed on a VG copy of the Japanese psychedelic holy-grail Ceremony: Buddha Meet Rock, I've asked any record dealer I can find if they can offer me a copy –- at any cost. This trip, I had to settle for a mint, original gatefold copy of Satori, by Japanese hard-rock stalwarts Flower Traveling Band. That almost made up for it. This Black Sabbath-inspired dirge made me throw out my copy of The Gospel According to Zeus upon return to California. 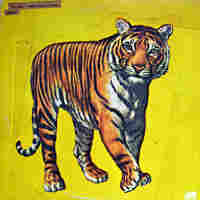 Originals from the F'lmore Records label can take you back quite a few, but here's a F'lmore find that I thankfully could afford –- one of two albums that came packaged in a paper-bag OBI back in 1971 and which, as a complete set, fetches something in the $1500 range. My favorite of the two albums turned up and I happily snatched it for $100. Most of this drug-abusing trio's music is good –- if cliched –- hard rock. But this bizarre turn, which surely had something to do with bass player Masayoshi "Glue" Kabe's huffing habit, could just as easily be a mid '70s French library offering. 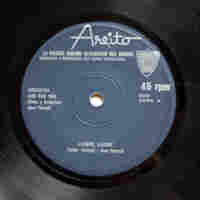 I've never been to Cuba, but I've heard that record digging down there is thankless. Luckily, I've never had to stoop to bidding up Grupo Monumental LPs on eBay. My travels have taken me to Canada and Sweden –- countries that were Cuban record importers in the 1970s -- enough times to find most of my main Cuban wants. But every once in a while, I find a nice surprise in Japan, where the Juan Pablo Torres records are always priced at about half of what I'd expect elsewhere. Case in point: This Los Van Van 7" that hadn't crossed my path until a timely meeting at the Shinjuku Disc Union's "Latin/Brasilian" floor. 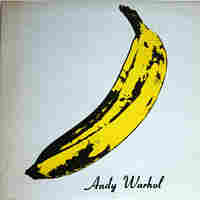 I stumbled upon a SoCal garage-psych grail at the Shimokitazawa stalwart F'lmore Records gallery. White Light's Century Records custom-pressed album always fetches high prices when it shows up, but this time I couldn't afford the nearly $800 price tag. The Fender Rhodes driven instrumentals were pleasant enough, but damn did their cover of the Velvet Underground's "I'm Waiting For My Man" make me want to drop the cash. Luckily, I was able to get a $10 fix at a nearby store, in the Dutch press of the original.