From France, A 'Kiss' Of No Little Consequence

From France, A 'Kiss' Of No Little Consequence 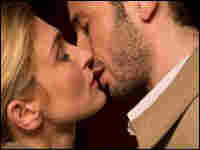 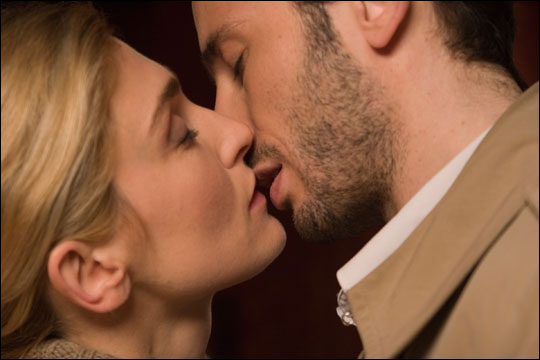 Silenced: After much discussion, Emilie (Julie Gayet) and Gabriel (Michael Cohen) do in fact lock lips.

'Shall We Get Started?' 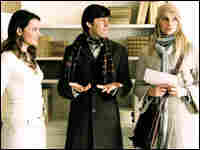 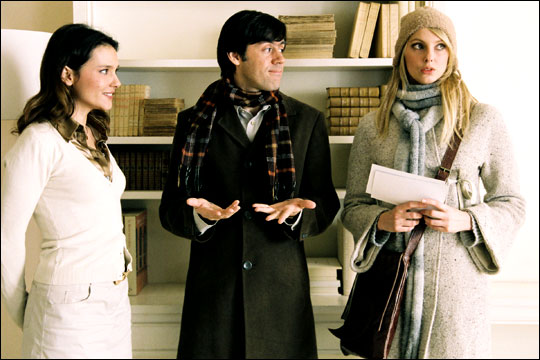 Therapeutic adultery? Sounds like a very modern notion, and indeed the sweetly immoral Shall We Kiss? is up-to-date in many ways.

But this mostly buttoned-up sex comedy has an old-fashioned air that's essential to its charm.

Writer-director Emmanuel Mouret's first retro touch is to tell two stories, one wrapped inside the other. In the framing tale, Emilie (Julie Gayet) meets Gabriel (Michael Cohen) by chance on a trip to Nantes. He gives her a ride, which leads to dinner.

At what might seem to be the evening's end, Gabriel asks for a kiss. Emilie says no — but she's French, so she has to annotate her refusal. That explanation takes the form of an anecdote, which she recounts over the course of several hours, first in the hotel bar and then in her room.

The central characters in that second story are impeccably middle-class Judith (Virginie Ledoyen), and the slightly more bohemian Nicolas (played by the director), best friends since high school.

Alone since his girlfriend took a job overseas, Nicolas comes to Judith with what he considers an urgent problem: a lack of "physical affection."

Happily married to Claudio (Stefano Accorsi), Judith offers matter-of-fact advice: Visit a prostitute. Nicolas explains that he's already tried that, but couldn't proceed after the hooker declined to kiss him.

Well, what's a friend to do? Judith agrees to have sex with Nicolas, then and there. Yet her body appears less willing than her mind, resulting in a hilariously tentative sequence of caresses and kisses before the camera discreetly tracks out of the room.

Later, Nicolas acquires a pleasant new girlfriend, Caline (Frederique Bel). She's not his soul mate, though, and meanwhile Judith and Nicolas can't stop thinking about their encounter. To prove it was nothing, they decide to do it again. And then again.

Shall We Kiss? shows a little skin occasionally, but Mouret keeps the act itself chastely off-screen, while the music of Schubert, Mozart and Tchaikovsky evokes courtly dancing rather than anything coarser.

Finally, Nicolas and Judith devise a scheme that would be shocking if they didn't have the absolute best of intentions: They decide to set up Claudio and Caline.

This, Emilie tells Gabriel as their night together (and the film's framing story) draws to a close, didn't work as planned — and she should know, since she has her own place in the tale.

Mouret has been compared to Woody Allen and Eric Rohmer, not without reason. But his dialogue is slighter than Rohmer's, and his conclusions less profound. And he doesn't share Allen's weakness for filling conceptual gaps with standup gags.

In fact, the movie's sharpest lines wouldn't sound that funny out of context. What distinguishes Shall We Kiss? is the acting, a virtuoso display of awkwardness, earnestness and uncertainty.

Ledoyen is especially entertaining. Once the wild girl of '90s French cinema, the actress is utterly convincing as the prim, quietly conflicted heroine. Judith's feelings are strong but tightly capped, and her most revealing speech turns out to be a fantasy sequence.

Technically, Shall We Kiss? qualifies as a talky French comedy. But when the movie cautions against "a kiss of no consequence," it delivers the warning more with tiny gestures than big words. (Recommended).