Accessibility links
The Ranch At The End Of The World Congress can pass all the weak environmental legislation it wants. But the real battle is taking place 3,000 miles away in California. The owners of Tejon Ranch, home to all manner of endangered wildlife, want to convert the land into a city of 75,000. Commentator Edward Humes thinks this would be a great time to put some muscle behind that legislation.

The Ranch At The End Of The World

The Ranch At The End Of The World 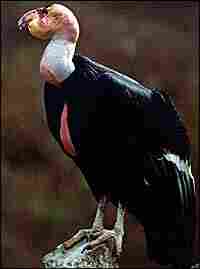 A California condor, one the many endangered species that inhabits Tejon Ranch. Tad Motoyama/AP hide caption 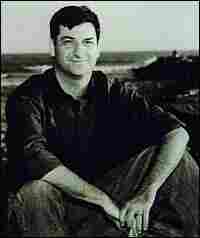 Edward Humes is a Pulitzer Prize-winning journalist and author of Eco Barons: The Dreamers, Schemers & Millionaires Who Are Saving Our Planet. Courtesy of Edward Humes hide caption

While Congress indulges global warming deniers and unfounded fears that green and prosperity don't mix, the toothless climate legislation destined to emerge is being eclipsed by a battle 3,000 miles away. In a California wilderness called Tejon Ranch, America is about to decide what to do – or not do – about a fast approaching climate cataclysm.

An hour's drive from downtown Los Angeles, Tejon Ranch occupies an enormous blank spot on the map 12 times the size of Manhattan, where desert, Sierra and coastal environments meet in a one-of-a-kind ecological crossroads. Thick stands of pinion pine beckon in an incessant breeze, groves of ancient oak offer cool shade and protection for nests, forests of twisted Joshua trees grope toward the clouds in gnarled supplication.

Tejon's landscape of grasslands, granite-studded hillsides and icy-blue mountain waters has barely changed in 1,000 years, which is why more than 80 rare and endangered species still prey, roam, roost, flower and raise their young there, even the nearly vanished California condor, hanging on to this last, best refuge.

To stand on a windswept hill at Tejon Ranch is to be at once humbled, enthralled and saddened by vistas that in years past defined California and the West by their plenty, rather than their dearth. The United Nations has recognized the region as one of the world's 25 irreplaceable hotspots of biodiversity — a designation reserved for just 2.4 percent of the earth's surface.

And a resort. And a power plant. And shopping malls. And a system for importing massive amounts of drinking water no one in this drought-ridden state can actually spare. This would be roughly equivalent to dropping a new Boulder, Colo., into the Arctic National Wildlife Refuge, or a couple iterations of Harrisburg, Pa., plopped down into Yosemite.

Even though the owners are offering to conserve much of their surrounding land, this development remains exactly the sort of breathtaking sprawl, destruction of nature and epic commuting lifestyle that must stop if we intend to get serious about global warming. Tejon Ranch, then, is really a battle over whether America wants to begin acting like a climate hawk or continue to act the climate ostrich. It's the biggest project of its kind, so it's fair to say this is where our future lies — one way or another.

The crucial distinction between the fake battle in Washington and the real battle in California is that Congress need not muster courage it doesn't have for there to be decisive action on Tejon Ranch — or, for that matter, to build a working program to rein in climate change nationwide. Congress already did that long ago with the Clean Air Act and the Endangered Species Act of 1973. Ironically, this was made clear by our former global warming denier-in-chief, President George W. Bush. Before leaving office, he was forced under court order to admit global warming was driving polar bears and other species into extinction. And the Endangered Species Act requires firm action to avert such extinctions.

The climate activists behind the polar bear ruling won't wait for an indecisive Congress. They want America to obey the laws we have. Just follow the law, they say, to keep Tejon Ranch from becoming just another carbon-spewing suburb. And, while we're at it, maybe we can save the rest of the world, too.

Edward Humes is a Pulitzer Prize-winning journalist and author of Eco Barons: The Dreamers, Schemers & Millionaires Who Are Saving Our Planet. 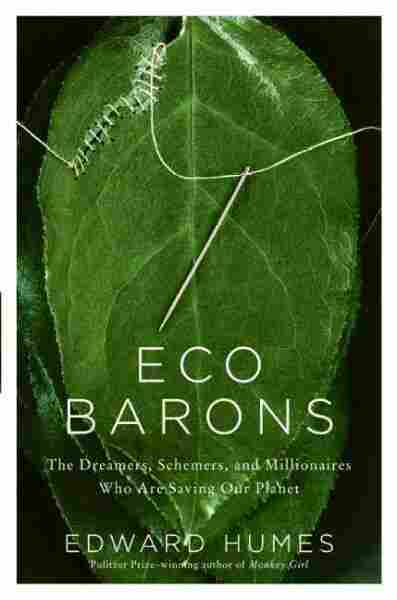 The Dreamers, Schemers, and Millionaires Who Are Saving Our Planet