Accessibility links
A Boy Scout's Good Deed, Thwarted By Racism Historian John Hope Franklin, who died this week at 94, both chronicled and lived through racism in America. One of those firsthand experiences with racism came when he was a 12-year-old boy in Tulsa, Okla., in the 1920s. 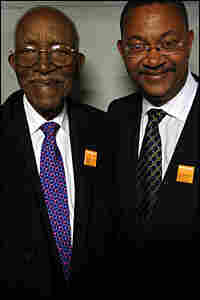 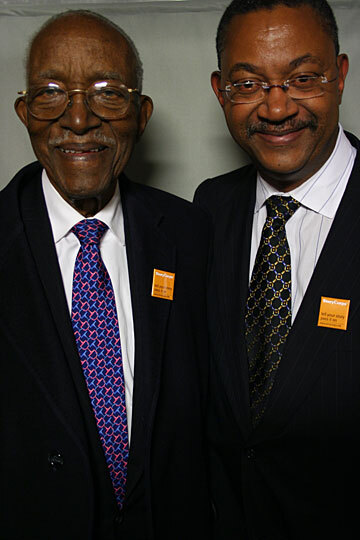 Historian John Hope Franklin, who died this week at 94, both chronicled and lived through racism in America. One of those firsthand experiences with racism came when he was a 12-year-old boy in Tulsa, Okla., in the 1920s.

"It was my first year as a Boy Scout, and I'm very, very excited about fulfilling all of the obligations of the Boy Scouts, and I've got so much enthusiasm and so much anxiety to be the best Boy Scout I can possibly be," he told his son, John W. Franklin, last year.

"One of the admonitions that we had was that we had to do a good deed every day," he said. So, while standing at a street corner in downtown Tulsa, Franklin was eyeing an opportunity to help while waiting for the light to turn, he recalled.

"And I saw this woman as she was stepping off the curb — and she had a cane — and I thought, 'Oh my goodness, she can't see,' " Franklin said. "And so I walked up to her and I said 'Could I help you cross?' She said, 'Oh, yes, I'm so glad.' And she grabbed on my arm as though I was the last person on earth."

"We got about halfway across the street — and she's so happy and laughing and talking — she said, 'Are you white or black?' And I told her I was colored, and she said, 'Get your filthy hands off of me,' and I got my hands off of her," Franklin said.

Franklin said that he had reflected on that moment: "That this woman, who could not see and who was in desperate need of help, was not as interested in help as she was in being certain that a young black man didn't touch her. And that if she couldn't see, she certainly couldn't know whether my hands were clean or dirty. And I knew then that we were in deep trouble to overcome that kind of racial hostility."