Accessibility links
Sarah Palin As Dorothy? We're Not In Kansas ... On its surface, L. Frank Baum's 1900 children's novel The Wonderful Wizard of Oz is a fantastical adventure, set in a magical land of munchkins and winged monkeys. But historian Quentin Taylor reads modern parallels into the story. 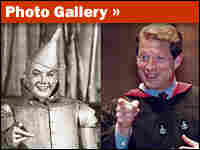 Who's Scarecrow Now? Oz Recast For These Economic Times

On its surface, L. Frank Baum's 1900 children's novel The Wonderful Wizard Of Oz is a fantastical adventure, set in a magical land of Munchkins and winged monkeys. But in 1964, author and historian Henry M. Littlefield published an article in the American Quarterly in which he argued that the novel is actually an economic parable about the monetary politics of the late 19th century.

Scholar Quentin Taylor, who has written his own article on the influences of The Wonderful Wizard Of Oz, tells Scott Simon that Littlefield's argument is not so far-fetched; the publication of Baum's novel coincided with the rise of populism and the debate about America's reliance on the gold standard. Littlefield posited that Dorothy represented the everyman, while the The Scarecrow symbolized the American farmer, who was suffering at that time owing to an economic downturn, and The Cowardly Lion was a stand-in for the 1896 and 1900 presidential nominee William Jennings Bryan.

The disappointing Wizard whom Dorothy encounters once she arrives in the Emerald City represents "either the president of the U.S. or the financial industrial interests that were considered responsible for the hardships that people were facing," says Taylor.

And though Dorothy wears ruby slippers in the 1939 film version of the story, in Baum's book, the shoes she wears on the yellow-brick road are silver — a clear reference to the debate about the gold standard.

"The Populist Party wanted silver to be introduced as a way to inflate the currency [and] make money more available both for purchases and paying down debt," explains Taylor.

Taylor sees plenty of opportunities to interpret Baum's novel according to today's economic and political climate. Sarah Palin — whom Taylor describes as "attractive, wholesome [and] somewhat provincial" — could be Dorothy, while Rep. Barney Frank might be cast in the role of the Cowardly Lion.

"Underneath all the bluster, [the Lion is] really a sweetheart," says Taylor.

Though Taylor's not certain where President Obama fits into Baum's novel, he does have a role for the speaker of the House: "There's ... one last character not in the film, but in the book — this is the queen of the field mice. I thought that Speaker Nancy Pelosi fit this the best. After all, she presides over a collection of diminutive, chattering rodents." 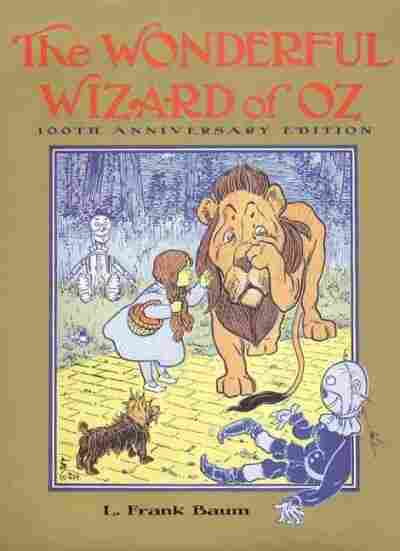