Accessibility links
Flannery O'Connor's Complex, Flawed Character In its painstaking honesty, Brad Gooch's Flannery: A Life of Flannery O'Connor is both a gift and a curse to O'Connor's fans, displaying as it does the racial insensitivity and other flaws of one of America's greatest short-story writers. 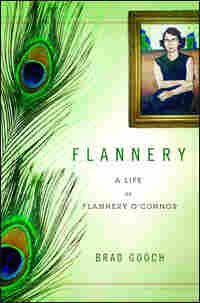 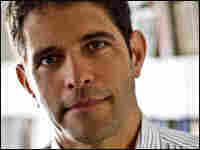 Brad Gooch's previous books include Finding The Boyfriend Within and Jailbait And Other Stories. hide caption 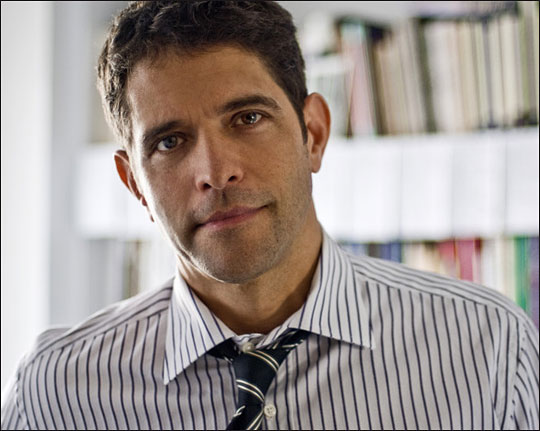 Brad Gooch's previous books include Finding The Boyfriend Within and Jailbait And Other Stories.

Reading about a favorite writer is risky. No matter how diligently the reader tries to compartmentalize, disappointing revelations threaten to infect the very books that inspired curiosity about an author in the first place. Still, I love secrets, and biographies of my literary heroes are hard to resist. Thus did I succumb to temptation with Brad Gooch's Flannery: A Life of Flannery O'Connor, a chronicle of the brief life of one of this country's finest short-story writers. In its painstaking honesty, the book is both a great gift and a curse to O'Connor's fans.

Now known as the preeminent writer of "Southern gothic" fiction, O'Connor had little patience for that kind of classification. Born to an Irish Catholic family, she grew up in Georgia, where evangelical Protestantism reigned, and her particular brand of faith was drenched with the fervor and apocalyptic dread that is still so prevalent throughout the South. Apart from her passionate belief in God, however, O'Connor had little in common with the neighbors and was always a bit of a curiosity.

Gooch tenders a sensitive and nuanced examination of her misfit status. While O'Connor's family learned early on to be wary of her satiric portraits, it took the folks next door much longer. Her complete unwillingness to perform the role of genteel Southern lady became clear to them only after she'd studied writing in Iowa, sequestered herself at Yaddo, struck out on her own in New York City, been forced home by illness and begun to publish in earnest. Some locals, writes Gooch, "circulated Wise Blood among themselves in brown paper bags, and one ... boasted that she burned her copy in the backyard."

When O'Connor first devoted herself seriously to the craft of writing, she despaired for her soul. Eventually she decided that her stories were not antithetical to her faith, but a kind of expression of it. And as she struggled against lupus, the painful and debilitating disease that had taken her father and ultimately killed O'Connor herself before she reached her 40th year, she found solace in the church, writing, philosophy — mostly Catholic — and friends.

Yet even in Gooch's sympathetic rendering, O'Connor's zeal, sanctimony and intolerance are sometimes suffocating. When Betty Hester, a pen pal who was joining the church under the writer's guidance, admitted to being kicked out of the Army for a lesbian affair, O'Connor responded in classic "love the sinner, hate the sin" fashion. Worse, she actively goaded another friend, deeply committed to the civil rights movement, with racist jokes. Not only did O'Connor tell the jokes, she apparently relished them, saving them up and spinning them out in a series of letters that have never been published. That she was (at times grudgingly) in favor of equality herself doesn't lessen the blow of this disclosure.

Of her most famous story, "Good Country People," in which a young woman with a Ph.D. has her wooden leg stolen by a salesman she's tried to seduce, O'Connor once said: "That is a story that produces a shock for the reader, and I think one reason is that it produced a shock for the writer." As Flannery progresses, Gooch subtly suggests that, had she lived, O'Connor would have continued not only to surprise her readers with her fiction but to shock — and maybe even transform — herself. Given her suspicion of humanist perspectives, this strikes me as wishful thinking. O'Connor emerges in this biography a figure as complex and flawed as her own characters, a comparison I suspect she would have resisted even as she knew, deep down, it was apt.

When Fitzgerald returned from teaching, and the children were tucked into bed, the three adults re-created some of the mood of Yaddo by mixing a pitcher of martinis, sharing a meal, gossiping — Mary McCarthy and Randall Jarrell taught at Sarah Lawrence, and were vital sources — and discussing books. The Fitzgeralds outdid even Flannery in the piety of their lengthy Benedictine grace, recited in Latin, as she ruefully recalled, "while the dinner got cold." They circulated among themselves volumes by Catholic writers — Lord Acton, John Henry Newman, a history of the Reformation by Father Philip Hughes. Flannery recommended Nathanael West's defiantly original novel Miss Lonelyhearts, as well as Faulkner's As I Lay Dying, its central image of a mother's coffin a fixation in the novel she was writing. "They were our movies, our concerts, and our theatre," wrote Robert Fitzgerald of these talks that often went on until midnight.

Yet not all of the conversation was so high-minded. Flannery learned that she could always get a rise by telling droll tales of Georgia and her family. Daily letters from her mother, who also mailed hand-sewn baby clothes, fruitcakes, and arcane recipes, provided a rich inventory. Flannery told, too, of affable Uncle Louis, who sent "gewgaws" from the King Hardware Company in Atlanta, where he was now working as a salesman. Because of the prevailing familial tone — O'Connor dubbed the Fitzgeralds "my adopted kin" — Robert was one of the only people she ever spoke with about her father's death; his father, too, had died when he was fifteen, and the loss had been equally devastating. "Perhaps this ménage a trois plus provided her with an easier and freer family life," Sally Fitzgerald surmised. Dinners wound up at the kitchen sink as Sally and Flannery chatted while sudsing and drying, and the "master of the house" busied himself elsewhere.

Meanwhile, upstairs, the pile of yellow second sheets on which Flannery was composing her novel was mounting. She was making progress, thinning out and pacing the opening. "Well I can't sustain that," she told Sally when her friend praised "The Train." "I have to tone it down." Haze Motes, in his "glaring blue" suit and "hat that an elderly country preacher would wear," was coming into focus as a slightly demented saint in the making, a shift in direction that Sally thought perhaps "due to criticism by Lowell." Yet Flannery proudly wrote Elizabeth McKee, "The novel is going well, almost fast." The biggest problem remained Rinehart. In October 1949, Giroux sent a provisional Harcourt contract. But Selby was refusing to let her off so easily, accusing her of being "unethical," the worst word he could have chosen. To right the "malicious statement," Flannery agreed to show Rinehart more pages, in March, she hoped for the last time. 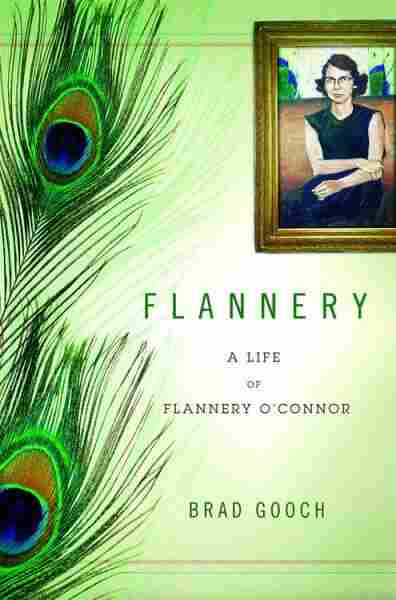 A Life of Flannery O'Connor