Accessibility links
Layover Loot: A Stop In Dallas For Local Gems En route to SXSW 2009, DJ and label head Egon made a stopover at the home of Roger Boykin, an accomplished Dallas musician, radio DJ and owner of Soultex Records. The detour proved to be a rewarding one: Boykin let his guest sift through heaps of obscure Dallas funk, jazz and soul cuts. Egon offered to take a few records off his hands — for the right price, of course. 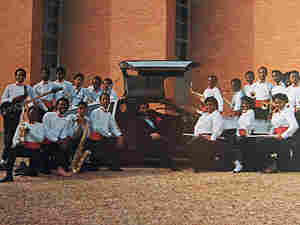 The Oliver Wendell Holmes Middle School Band poses in front of a DeLorean circa 1980. The famous trumpeter Roy Hargrove is visible on the cover. Egon hide caption

The invitation to participate in NPR's early-evening meet-and-greet at this year's SXSW music festival came too late for me to find a reasonably priced non-stop flight into Austin. And do I hate layovers. So I booked a ticket from LAX to Dallas and put in a call to Roger Boykin — an old friend, a Dallas jazz/funk/soul legend, a longtime AM-radio personality and the owner of the small but important Soultex Records imprint.

"I'm flying into town," I said. "Please introduce me to some of your old friends that will let me investigate their collections — and sell me some records if I can name the right price." In his typical, relaxed tone, Roger agreed.

It had been years since I last visited Roger's Duncanville home, but I hadn't realized that it had been nine years. His ranch house, neat as always, was exactly as I remembered it — down to the Soultex records pinned into his studio wall in an arrangement that reminded me of a cross.

"Man, I never got that Savoir Flair 7," I jokingly complained, until Roger went into the kitchen and, grabbing from the stash he's kept atop his oven for the past 18 years, brought me back the last copy he had.

While he wasn't able to introduce me to anyone willing to part with their Black Gold, he agreed to let me peruse his personal collection. You see, Roger is a packrat, and amidst copies of his own releases, he had healthy amounts of Strata East albums ("You can only have 'em if I have 'em on CD," he said), a mass amount of early-'80s Dallas boogie 45s (Roger played on nearly every early '80s soul record to originate in this city, it seems), acetates, test presses and — this one floored me — psychedelic high-school band albums.

I negotiated a price, left for Austin, and returned on Sunday. I did a quick interview on Roger's show before he handed me a bag full of vinyl. Here are five selections. 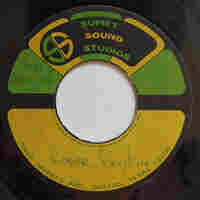 Nearly all of Roger's 45s were sleeveless, sitting in old cardboard Soultex Records boxes. When I saw a Sumet Sounds studio acetate, I gingerly separated it from the vinyl. Acetates are the original demos -- "records" whose grooves are etched into a thin layer of lacquer, coated on aluminum. "Oh, that's Wendell and me vamping on the Cannonball Adderley tune," Roger said when I carefully played a snippet, referring to his longtime partner (and drummer of the stalwart Dallas funk band The Soul Seven), Wendell Sneed. This song never made it onto an actual Soultex release, and is the only copy known to exist. 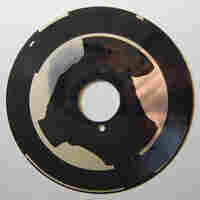 A bit deeper in the pile, I pulled out this acetate. The lacquer was peeling, revealing the shiny aluminum underneath. I almost didn't want to put the needle on the groove, lest the music wrest the remaining paint from the disc, but I had to know what it was. Fifteen seconds of femme soul later, Roger, encyclopedic in his knowledge, was stumped. "I have no idea who that is, and I don't think I'm playing on it," he offered. This slice of Dallas soul waits to be identified. 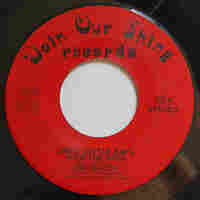 Jimi's Guitar Raps With the Bass

Jimi's Guitar Raps With The Bass

The Doin Our Thing imprint lasted for less than a year and mustered, to Roger's memory, five 7" single releases, though I can only confirm four. He had three of them in his collection. This double-sided splash of black rock 'n' roll owes as much to future Gap Band guitarist Jimi Macon as it does to ex-Soul Seven bassist Mike McKinney, whose solid groove anchors Macon's Hendrix-inspired, one-chord vamp. 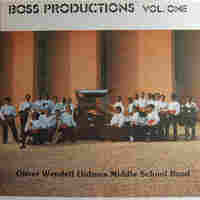 Every record I pulled had a story, and, though I planned to stump Roger with this junior-high-school album, he had me beat. "That's Roy Hargrove's first album," Roger said. "Look at him right there on the cover; he must be 9 years old." This album, from the Oliver Wendell Holmes Middle School and privately released in 1980, contains a competent version of Herbie Hancock's "Chameleon," ("The Way We Were," which showcases Hargrove's nascent talents) and "Break Out." "Break Out," a bizarre, plodding jazz tune underscored by a warbling synthesizer, could have easily veered into the smooth-jazz category. But, because of the age of the musicians playing it, it's a funky, sloppy bit of adolescent Dallas funk. 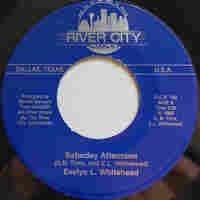 Though offered numerous chances to leave Dallas for larger metropolises, Roger never left the city that reared him. As a result, he became the go-to guy for singers, songwriters and music entrepreneurs of all walks. He often gave them guidance, and even played their records on his radio show. Stacks of test presses, ranging from rural-rock to boogie-funk, attested to his signature on all steps of the process. This mid-'80s gem stood out. What a bizarre combination: drum machines, synthesizer and a flute.