Accessibility links
Taking The Tax-Preparation Software Plunge The deadline for filing tax forms is fast approaching. Two Californians have very different ways of doing taxes: Barbara Carter of Valencia has chosen to file online for the first time, but Sheldon Howard of Arcadia, a CPA, fills out paper forms — for all his clients.

Read the All Tech Considered blog, where Omar Gallaga, who covers technology culture for the Austin American-Statesman, has more on tax software and the advantages and pitfalls of filing online. 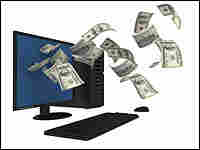 Programs that allow users to do their own taxes have proliferated. iStockphoto.com hide caption 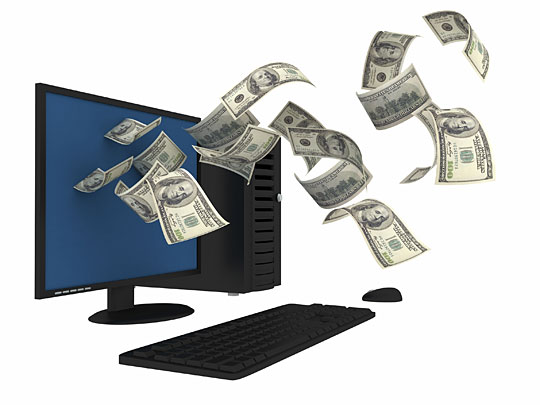 Programs that allow users to do their own taxes have proliferated. 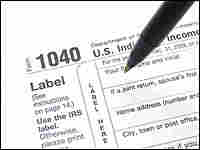 Not everyone is on the new online tax bandwagon. iStockphoto.com hide caption 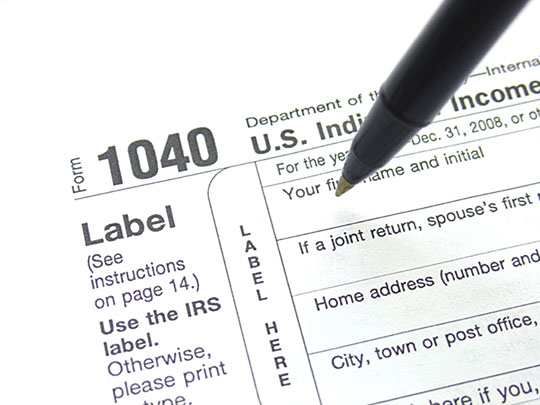 Not everyone is on the new online tax bandwagon.

The deadline for filing tax forms is fast approaching. Two Californians have very different ways of doing taxes: Barbara Carter of Valencia has chosen to file online for the first time, but Sheldon Howard of Arcadia, a CPA, fills out paper forms for all his clients.

Carter, a 42-year-old artist from Valencia, Calif., steered clear of the best-known tax preparation software. She was wary of the bad reviews she had seen about some of the tax programs. A couple of those reviews led her to a program called TaxAct.

"The most expensive version of the program was like 20 bucks," Carter says. "And that has all the bells and whistles, and it allows you to e-file and everything."

Carter got a divorce last year. Filing taxes with her ex-husband had been quite a process: multiple states, multiple K-1 forms, always filing extensions. Back then, the accountant handled all that stuff.

"My own finances are pretty simple, and, you know, why not? Why not do it myself? I can figure things out," she says.

Late one night, Carter gathered together her financial information and downloaded TaxAct. She wanted to do her taxes on her own computer, rather than online, because that felt more secure. There were a few complications.

Carter had kept all her receipts. She knew which paintings had sold, but she hadn't counted her inventory — canvases and frames — beforehand. Once she had that information, the software was fairly easy to use.

Carter did have to calculate what percentage of her overall investment earnings came from U.S. bonds.

"That felt a little scary to me. I kind of felt like, 'Wow, this isn't a number that's on the form.' This is taxes. This is legal. You don't want to mess around with it," Carter says.

In the end, the do-it-yourself approach gets the ultimate Barbara Carter stamp of approval. She says she'll file her own taxes again next year.

But not everyone is on the new online tax bandwagon.

Howard, 73, is old school. He works as a certified public accountant in Arcadia, Calif., northeast of Los Angeles. He's been a CPA for 54 years.

"If I have to print a return and then change it for some reason, it doesn't pay me to use the program," Howard says. "I may as well do it all by hand if I have to do it half by hand."

You heard right: by hand. Howard fills out every tax form for every one of his clients using his own pen. Yes, he tried some of the computer programs, but he found glitches.

It's not that Howard is technologically challenged. He's just adamant that a computer is a tool, and it ticks him off that some of the CPAs he knows have tried to blame their mistakes on their computers.

"It's like a typewriter, OK? Nobody in the world would have ... blamed their typewriter for making a mistake in a tax return, when they used typewriters in the old days," he says.

Howard says the Franchise Tax Board, which collects state taxes in California, sees him as an exception.

"They said that if I did any of my tax returns with a computer but did the rest of them by hand, I'd be penalized for preparing the ones by hand," he says. "So since I prepare them all by hand, I don't get any penalties."

And, Howard says, that isn't going to change anytime soon.