Accessibility links
For Homeless, A Home May Be The Best Rehab The traditional way to help the homeless is to find them a temporary shelter, help them get sober and then look for a permanent housing. But a newly popular approach called "Housing First" turns all that upside down. It finds the permanent place to live first, even if the person is still drinking or using drugs. According to a new study, having a home is therapeutic by itself. 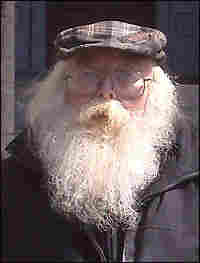 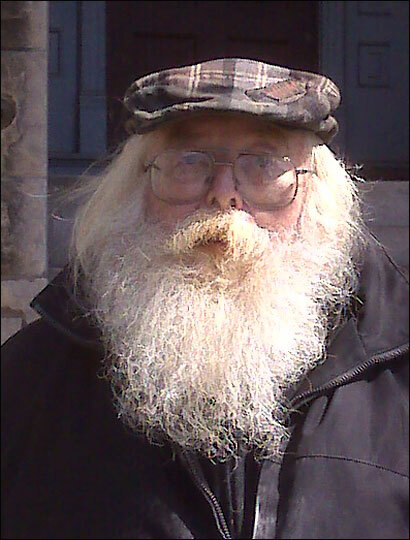 Richard Corbett, 61, stands in front of the Washington, D.C., row house where he now lives.

Richard Corbett has been homeless for long periods of time. He has struggled with depression and alcoholism. But he says he doesn't drink very often anymore and only moderately when he does. When he lived on the scary streets and in shelters, he says, he would drink just to fall asleep.

The difference, Corbett says, is that now he has a permanent place to live and that makes him feel safe. He says he no longer has "to worry about being hit in the night with a brick upside the head and being robbed."

Corbett, 61, lives in a sparse, two-room apartment with high, white ceilings in a solid row house in Washington, D.C. Staff at Pathways to Housing found him in a shelter and moved him into this building and then got him counseling, even though he was still drinking heavily at the time. That's a new way of trying to help the chronically homeless. It's a philosophy called "Housing First."

The traditional way to help chronically homeless people has been to get them into a temporary shelter where they can work on getting sober or dealing with a psychiatric illness. Only once that hard work is done are they considered ready for permanent housing.

Housing First turns all that upside down. It finds the permanent place to live first. It doesn't matter if the homeless person is still drinking or using drugs, because having a home is considered therapeutic by itself. Case workers are then around to help the person address the problems that caused him or her to be homeless.

Now a study in the Journal of the American Medical Association offers new support to the Housing First approach that helped Richard Corbett.

Mary Larimer, a clinical psychologist at the University of Washington, chose to study a 75-unit apartment building for homeless people in Seattle because it used a Housing First approach — and because it had created controversy.

"The controversy is that there are a number of individuals who feel that it's important to use housing as a carrot," Larimer says. "And that by housing people who are not yet ready or able to stop their addictive behaviors and allowing them to continue to drink alcohol ... that we would be reducing their chances of sobriety or in some ways would be enabling them."

Larimer and her co-researchers studied the people who lived at a building called 1811 Eastlake. It takes on some of the hardest homeless people to help: Those constantly on the streets and drunk. The research found that their drinking dropped steadily over the first year they had their own apartments, from, on average, about 16 drinks a day to about 11.

That's still a lot of alcohol. But even a small drop made a big difference. The study tracked down records of the time they spent in detox, in hospitals and jail. The researchers also compared how much government spent on them compared with those still living on the streets. Larimer found the cost savings were enormous: about $2,500 less per person per month.

"Ultimately abstinence is the safest goal and the desirable goal," she says. "I also think that there are people who are not in a position to obtain abstinence immediately. And that certainly people's chances of becoming abstinent are a lot better when they are in a warm, safe environment and they have lots of caring people and services available to them immediately."

Back at his home, Corbett points out the pots in the front yard where he and his landlord are getting ready to plant flowers. "I'm in a much better place than before I got this place," he says. "It's a feeling of respect and dignity that I didn't have before."

Most programs for homeless people don't use a Housing First model. But it's an approach that has spread in recent years to more than a dozen major U.S. cities.