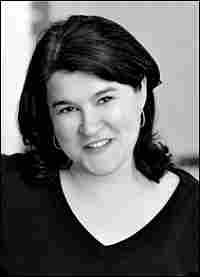 Frustrating customer service stories are commonplace. You're likely to encounter bad saxophone music and countless "press one for" instructions before actually reaching a live human being... And even then, only if you're lucky.

For her book Your Call Is (Not That) Important To Us, Emily Yellin looked into the history and future of customer service. She spoke with people at every link of the customer service chain.

Yellin sought out "Amtrak Julie," the woman who is the voice behind Amtrak's recording. She sat in a call center in Memphis and listened in on calls to FedEx coming in from all over the world. She spent time with the Mormon housewives in Salt Lake City who answer calls from Jet Blue customers. She even met with the creators of a yearly customer rage study.

Fortunately, Yellin thinks it's possible things will improve. She concludes that thanks to the Internet and global competition, companies are going to have to take their customers' needs more seriously. 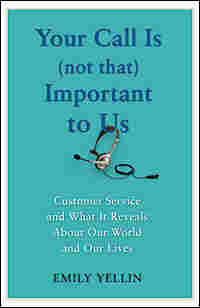 2. Mark Twain wrote one of the first letters complaining about customer service in 1890. He called his local telephone service "the very worst on the face of the whole earth."

3. The Customer Rage Study found that about 70 percent of customers feel rage toward companies about service problems. And they react in one or more of these ways: 57 percent never do business with the company again; 28 percent yell or raise their voice at a company employee; eight percent curse, eight percent threaten legal action. Fifteen percent say they want revenge on the company, but only one percent report getting it.

4. In 1882, a Cincinnati man's phone privileges were revoked for shouting "damn your telephone" when an operator connected him to the wrong number. He sued and lost. Swearing at telephone operators became illegal in many places in the U.S. And in 1902, a doctor in St. Louis was arrested, put on trial and found guilty of using abusive language toward an operator. He was fined $5.

6. The average cost to companies for an American-based, customer service agent is approximately $7.50 per phone call. Outsourcing calls to live agents in another country brings the cost down to about $2.35 per call. Having customers take care of the problem themselves, through an automated response phone system, averages around 32 cents per call.

8. The technology that call centers use to monitor recorded customer phone calls was first used by the National Security Administration and CIA to search international phone lines for terrorist activity. Speech analytics now lets call centers detect what their customers are thinking and feeling during customer service phone calls.

9. One place where live human beings always answer the phone lines and recorded operators are never used is the Vatican's call center. Switchboards are staffed 24 hours a day by nuns who are members of the Pious Disciples of the Divine Master.

10. Amtrak's automated telephone agent, Julie, answers about 50,000 calls per day, or 18.3 million calls per year. The Boston-based actress who is the voice of Julie, is also the voice of 800-lines at a number of other major companies.

Make note of the time you call, are put on hold, and finally get through. Write down everyone's names, and ask how to spell them, to show you are paying attention. Make notes on all that is agreed. If you have to backtrack with supervisors, saying, "I called at 10:24 on Wednesday the 10th and spoke to Angela," is stronger than, "I called sometime last week."

2. Remember your call is a business transaction, not a personal relationship

Even though they are complete strangers, some customer service agents can make us more angry than our closest friends and family. Remind yourself, and the agent, that you don't know each other. Their insults and disrespect are not really about you. And your criticism or anger is about the company not that agent.

3. Encourage the agent to work with you (not against you) to solve your problem

This one is pretty Zen. And in some cases it may be impossible. But calls often start out with customers and agents on the defensive, because of unpleasant past experiences on both sides. Recognize that potential and don't get blindsided by a particularly unhelpful agent. There are probably circumstances way beyond your control, or the agent's, for that agent's attitude. So work to get the agent on the same team as you, and maybe the company will follow. In the long run it is in the company's best interest to resolve your issues to your satisfaction as quickly as possible.

4. Recognize your value as a customer, and use it, but don't abuse it

Figure out how much you spend with the company each year — $100 a month is $1,200 a year. Don't let the agent or supervisor disregard that worth. State your case unemotionally, and grounded in the facts. You spend money with this company. You are not getting paid to call them with this problem. In fact, you paid to be their customer. But the agent is getting paid to listen to and resolve your problem. Just remember, the agent might have to deal with 100 or more customers in a day. So try not to throw your weight around in a way that alienates the people charged with helping you.

5. Not all companies care as much about customer service as we might want

Some really backward companies still view customer service as merely an inescapable nuisance. Realize that most of the world is moving on from that retro view. You might not get better service, but you probably will be more likely to support companies with a cutting-edge customer service approach. Eventually laggards will be forced to catch up or fade away.

6. If all else fails, appeal to a higher power

Not a divine power necessarily, but when talking with agents and supervisors turns futile, take your story to the top executives — many in large corporations have people in their offices who deal with customer issues. Also, the internet has become an outlet for customer complaints. You can Twitter about the company or visit other consumer complaint sites that some companies monitor, such as Get Satisfaction or Consumerist. The internet can be the way out of a customer service dead end.

Adapted from Your Call Is (Not That) Important To Us, courtesy of Emily Yellin