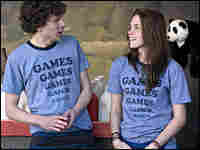 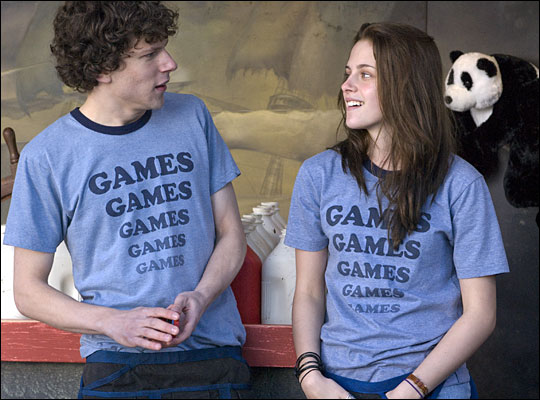 It's barely spring on the calendar, but summer romance is the order of the day in the new film Adventureland, which takes the most tedious of contemporary genres — the coming-of-age story — and makes it engaging, bittersweet and even fun.

Writer-director Greg Mottola doesn't reinvent the wheel; he shows us what it looks like when the wheel is custom-made. Character and dialogue are more important to Adventureland's success than its plot. In fact we can see where this story is headed well before the people who are living it, but that doesn't get in the way of the pleasure.

The year is 1987, and working at Adventureland, where the games of chance are rigged and the rides cause nausea, is not how James (Jesse Eisenberg) expected to spend the summer before graduate school. But his father's financial reverses mandate summer employment, and Adventureland is a place where anyone who can walk or chew gum can get a job.

Eisenberg's James is an awkward, brainy guy who reads poetry for pleasure, and who's idealistically decided he doesn't want to divorce sex from love.

He couldn't be more unlike coworker Em — Twilight's Kristin Stewart — who's beautiful, enigmatic and very experienced.

It's a tribute to the skills of both these performers that their opposites-attract relationship comes off as believable and winning. Em and James are hardly obvious soul mates, but Adventureland's strength is that it makes you see and believe in the yearning romantic potential the two discover in each other.

Stewart, who has a gift for investing completely in her characters, brings so much intensity to her part that she turns this nominally guy-centric venture on its head, making Em's problems the film's most compelling.

With a great soundtrack, a cast that believed in each other and a writer-director who knew he didn't have to follow up his surprise hit Superbad with Superbadder, Adventureland is the kind of adventure we could all use more of.