Accessibility links
Willpower: A Game Of Strategy Willpower is a familiar phrase, but what is it really and where does it come from? What happens in the mind when you resist your impulses in the face of temptation? One researcher used marshmallows and a bunch of 4-year-olds to answer those questions. 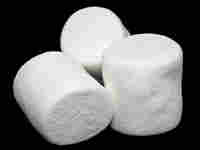 Walter Mischel tested the willpower of hundreds of 4-year-olds by putting each of them in a room, one by one, with a marshmallow or cookie on the table in front of them. iStockphoto.com hide caption

Mike Harmon cannot tell you how he lost his willpower, but he is certain that it is gone. On a recent Thursday night, sitting in a grungy recliner at the Stop Smoking Hypnosis Clinic of Baltimore County, the middle-aged man shrugs his shoulders. "I don't have it anymore," he says. "It's gone."

Neecy Riley, a woman sitting next to him, also could not locate her willpower. "I need something beyond me," she said. "My willpower isn't doing it." Riley went on to say that she knew that willpower came from "within," then stopped. She wasn't sure exactly where "within" the willpower was. Another woman in the group, however, seemed pretty clear on this point. "The pit of the stomach," she said with certainty.

Willpower is a very familiar phrase, but what is it really and where does it come from? What happens in the mind when you resist your impulses in the face of temptation?

One person who has looked at this question in detail is a psychology professor at Columbia University named Walter Mischel. Mischel, who is sometimes referred to as the grandfather of self-regulation research, designed a series of very famous experiments in the 1960s now popularly known as the marshmallow tests.

To do the experiments, he put hundreds of 4-year-olds in a room, one by one, with a marshmallow or cookie on the table in front of each. He told them he was going to leave the room and that the child could either eat the treat immediately or, if they could wait until he got back, and have two instead.

Some of these kids could hardly last a minute. Others waited as long as 20. And Mischel believes you can learn much of what you need to know about the process of exerting willpower from the strategies employed by these children.

The Good News About Distraction

Watch Mischel's video of the children in the marshmallow studies and you will see a familiar set of behaviors. There is kicking of tables, there is singing of songs, there is counting of numbers and twirling of hair and many other variations on this theme. What the children are doing, says Mischel, is distracting themselves. Distraction, says Mischel, is actually a perfectly respectable away of exerting willpower. You simply shift your attention away whenever temptation crops up.

The second strategy used by the mind to resist an impulse, says Mischel, is a little more complicated. It involves not distracting yourself, but actively changing the way that you think about the object of desire. "The pre-wired way that a 4-year-old thinks about a marshmallow if she allows herself to think about it," says Mischel, "is how yummy and chewy they're going to taste."

People tend to focus on the immediate pleasure of the experience. They will think of the temptation, Mischel likes to say, in a "hot" or emotional way that makes it hard to resist. The same can be said of an adult smoker or alcoholic. But if you do want to resist, says Mischel, what you need to do is think about the object you desire in a cold or cognitive way.

So, for example, to help the children resist the treat, before leaving the room Mischel told the kids to imagine the treat in front of them differently. "I told them to think about those marshmallows as if they were just cotton puffs, or clouds. Those instructions to the 4-year-old had a dramatic effect on her ability to wait for the thing that she couldn't wait for before."

And the dynamic is identical in adults, he says. By refocusing thinking on, for example, the long-term consequences of giving in, it becomes easier to resist an impulse. Of course willpower is not all there is to resisting temptation. Motivation plays a role, as does physical addiction, and whether or not the object of desire can be avoided or not.

And obviously, consistently using these strategies is one of those things easier said than done. Which is why the Stop Smoking Hypnosis Clinic of Baltimore County will always have paying customers.

Staying Fit, After Marathon Days Are Over April 6, 2009
Does Getting Angry Make You Angrier? March 26, 2009
Willpower Is Limited, But Can Grow with Practice April 7, 2008