Accessibility links
Children's Book Author Tackles Tough Topics Deborah Wiles isn't afraid to write about life's most serious issues. Her popular books deal with the joys of childhood — but they also grapple with intolerance, death, rejection and the difficulty of having to do what's right instead of what's easy. 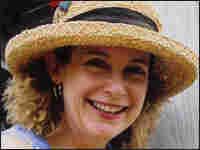 Deborah Wiles spends much of her time trying to explain to her young audience what's involved in writing a book. Fay Snowberger Slowe hide caption

On writing for a juvenile audience -- and working with adult "gatekeepers."

Children's book author Deborah Wiles isn't afraid to write about life's most serious issues. Her popular books deal with friendship and the joys of childhood — but they also grapple with intolerance, death, rejection and the difficulty of having to do what's right instead of what's easy.

"What I do is write about what matters to me," Wiles explains to Michele Norris. "Everything I write comes from my childhood and my life — I basically write for 10-year-old me."

Wiles' most recent book, The Aurora County All-Stars, follows a group of little boys who play baseball (read an excerpt).

In Each Little Bird That Sings, for which she was nominated for a National Book Award, the author wrote about a 10-year-old girl whose family owns the local funeral home in a small town in Mississippi. Wiles says that adults sometimes try to keep death from children, but that it's a topic kids want to write about.

"They want to write about when their dog died or their grandfather passed or some difficult event in their family, and they should be able to write about that," Wiles says.

When she speaks to children, Wiles gives them notebooks and encourages them to write about the things in their lives that they really care about.

"I want kids to know that every book tells a story, every story comes from a real live human being, and that they have those stories to tell, too," she says. 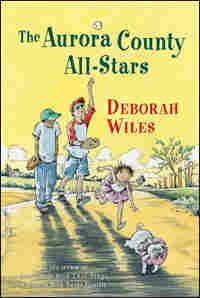 To me, every hour of the day and night
is an unspeakably perfect miracle.
-WALT WHITMAN

Mr. Norwood Rhinehart Beauregard Boyd, age eighty-eight, philanthropist, philosopher, and maker of mystery, died on a June morning in Mabel, Mississippi, at home in his bed.

He died at the simmering time just before daybreak. Crickets tucked themselves under rocks for the day. Blue jays chitter-chattered in the pines. High above the treetops, cirrus clouds wisped across a slate blue sky.

Mr. Norwood Rhinehart Beauregard Boyd lay unbreathing on a feather mattress surrounded by a carved rosewood bed frame with a high headboard that he had bought in Madagascar on his travels many years ago, before he closed himself up in his house with his treasures.

All night long the June bugs had tap-tap-tapped against the glass panes at the open bedroom window, trying to buzz into Mr. Norwood Boyd's room and touch the lamplight. As the light came into the day, the hard-shelled little insects fell into an opening between the glass and the screen, where they hummed together at the bottom of the window in soft confusion. Outside the window, deep in the tall weeds, a garter snake slithered in search of mice. It was June 17. A Thursday.

House Jackson, age twelve, crackerjack baseball pitcher, obedient son, and keeper of his own counsel, had arrived just before the simmering time. He eased himself gingerly into a ladder-back chair next to the carved bed. He held his breath as he watched Mr. Norwood Boyd breathe and stare at the ceiling in a faraway silence. Instinctively — for it had been his habit — he reached for the book on the bedside table. Treasure Island. He opened it to the page that had been saved with a ribboned bookmark, and read out loud in a mechanical voice: Still, Silver was unconquered. I could hear his teeth rattle in his head; but he had not yet surrendered.

When there was no more rattle and no more breath, House did as he had been instructed to do. He called Doc MacRee's office from the big black telephone beside Mr. Norwood Boyd's bed. His fingers trembled as he dialed, and his voice cracked as he tried to speak.

"Mr. Norwood Boyd." He was out of breath.

"Who is this?" asked a cranky-voiced Miss Betty Ramsey at the doctor's answering service.

"He's ... dead." House felt the truth tingle across his shoulders, up his neck, through his scalp. He reached under his baseball cap and gave his head a small scratch.

"Is this a joke?" Miss Betty did not like jokes.

"No, ma'am," House whispered. His pale cheeks were on fire — he could practically hear his freckles sizzle.

Miss Betty's voice was high and nasal: "Is that you, Cleebo Wilson? You scoundrel! I'm calling your mama right now — she will whip you good! This is not funny!" House couldn't think of one useful thing to say. Miss Betty waited. "Hello?"

House put the telephone receiver back in its cradle as quietly as he could, as if he were handling a sleeping baby. Miss Betty's voice squeaked, Who's there? Who's — and then it was gone.

House glanced out the window where the sun was beginning to light up the day. It would be a hot one. Soon the whole town would know about Mr. Norwood Boyd's death. Kids would talk and the stories about Norwood Boyd would surface. The old rumors would rise and kids would have a heyday.

And there was nothing House could do about that. What could he say that would change anything? No one would believe him, anyway, and he'd never hear the end of it. It was best to keep his secret and to tell none of them.

He rubbed his open palms across his face and stood up. It had been a hard morning — an unbelievable morning. And today there would be more hard things. As soon as the sun blazed high in the morning sky he was going to have to face an enemy. A girl.

Swallow your toads early in the day, his mother used to say, and get the hardest things over with first. When he was six, his toads were easy to understand: Make your bed! Clean your room! Vegetables! As he got older, toads got harder to swallow: Apologize! Be responsible! Tell the truth! Now that he was twelve, his toads were life-sized and impossible to face, much less swallow — but he would do it.

He stared at a cobweb in the corner of the room. He had already faced death; he could face his toad this morning.

House took a last look at Mr. Norwood Boyd. He would go home now. He would take his sister, Honey, to pageant tryouts because he said he would. Then he would go to baseball practice. He would pitch like Sandy Koufax, his favorite baseball player of all time on his favorite team of all time, the long-ago Los Angeles Dodgers dream team of 1965. Koufax had pitched a perfect game in 1965, even when his arm felt like it was about to come off. House knew about pain like that.

Yes, that's what he would do. He would face his toad and he would get his life back to normal with the baseball team, the game, the summer. And no one would know that he had sat in Mr. Norwood Boyd's ghostly home this morning, watching a dead man decompose.

"A man has to have goals-for a day, for a lifetime — and
that was mine, to have people say, "There goes Ted
Williams, the greatest hitter who ever lived."
-TED WILLIAMS, LEFT FIELDER, BOSTON RED SOX

The sound of fat tires crunching over the pea gravel at the front gates to Mr. Norwood Boyd's driveway shocked House out of his reverie. He almost bit his tongue as he leaped to his feet. Outside, car doors opened. Shut.

"How are we going to get in there?" Sheriff Taylor's voice sifted through the windowpanes.

House scooted out of Norwood Boyd's bedroom at the front of the house, sprinted down the wide hallway filled with photographs, dodged around the chairs in the dusty dining room, and jumped off the back-kitchen door stoop. He slid along the side of the house, his heart banging against his ribs. Kudzu vines slithered away from the driveway gates like snakes, as they were hacked and pulled down from the other side. Any minute now that gate would swing open. House parted the thick, leafy branches of a giant honeysuckle bush beside the front porch and crawled into what he knew was a good hiding place. It was cool and cavelike inside the honeysuckle bush. There was plenty of room. And House was not alone.

An old pug-dog with bulging eyes shivered herself sick inside the branchy cave. She stared at House with a pitiful look. "Hey, Eudora," House whispered. "Hey, girl." He scratched her between her ears. Eudora closed her eyes and gave a tiny sigh.

"What am I going to do with you?" said House. "I got baseball practice this afternoon." He would pitch and his best friend, Cleebo Wilson, would catch. Together they would work on House's fastball, now that his elbow seemed to be back in business. It had taken the better part of a year to get the elbow in good shape. The whole team was counting on that fastball to help them beat the Raleigh Redbugs in the big game on July 4. They had just over two weeks to be ready to pull off a victory.

House scratched Eudora under her collar — it made a crinkling sound. "You got something stuck in here, girl?"

The big gate in front of Mr. Norwood Boyd's creaked open at the same time that House pulled a piece of paper from Eudora's collar. It was rolled like a scroll, and his name was written on the outside of it — HOUSE — in an old, careful script. House stared at it. He felt the sweat stand out on his face. He had seen that handwriting before.

© 2007, 2005 by Deborah Wiles
All rights reserved. No part of this publication may be reproduced or transmitted in any form or by any means, electronic or mechanical, including photocopy, recording, or any information storage and retrieval system, without permission in writing from the publisher.
Requests for permission to make copies of any part of the work should be submitted online at www.harcourt.com/contact or mailed to the following address: Permissions Department, Harcourt, Inc., 6277 Sea Harbor Drive, Orlando, Florida 32887-6777. 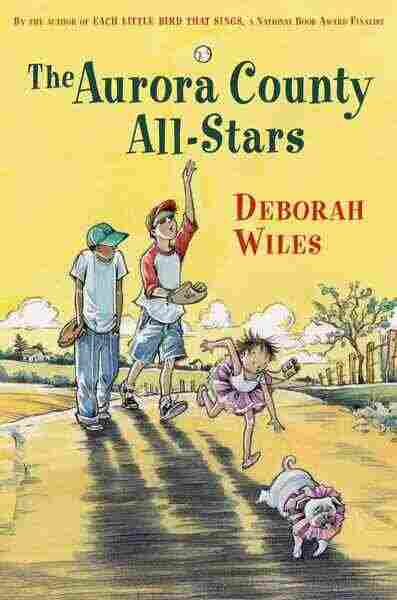