Accessibility links
'Cartwheels In A Sari': Memoir Of A Disciple Jayanti Tamm grew up fully devoted to the teachings of Guru Sri Chinmoy. In her new memoir, Cartwheels In A Sari, Tamm tells the story of living in the Guru's inner circle, and her decision to lead a more independent life. 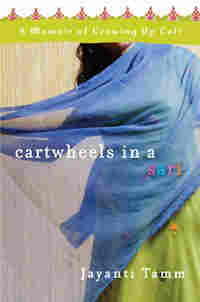 Jayanti Tamm grew up fully devoted to the teachings of Guru Sri Chinmoy. In her new memoir, Cartwheels In A Sari, Tamm tells the story of living in the Guru's inner circle, and her decision to lead a more independent life.

Tamm's parents were disciples of the Guru. He arranged their marriage. Not long after, he declared his followers — even those who were married — should be celibate. But then, Tamm's mother became pregnant.

The Guru decided the baby born would be his disciple. He chose her name, Jayanti, which means "the absolute victory of the highest Supreme."

Excerpt: 'Cartwheels In A Sari' 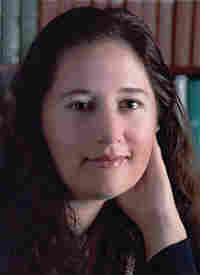 My life story can be traced back to an address scrawled across a matchbook directing my mother to the place where she hoped her lifelong search would end. She didn't have a phone number or contact name. Although it was just after dusk, the New York neighborhood seemed empty. No one to ask, no clues. After crisscrossing the street four times, she stood before the only building on the block without a number. Wrought-iron bars covered the cracked glass of the front door. Instead of a panel of backlit doorbells, five chewed wires jutted from the brick. The door was unlocked and sighed open at her touch.

The dank stairwell had one bare lightbulb. Cigarette butts littered the floor like flattened cockroaches. She rechecked the address clutched in her left hand. This was suddenly absurd. All of it—her exhausting journey, hitchhiking from San Francisco with her two-year-old son, leaving behind her straying husband and all of the contents of her former life, bringing nothing other than one small satchel and a matchbook with the address of Sri Chinmoy, a guru recently arrived from Pondicherry, India. A drip of rusty water fell onto her shoulder from a brown-stained ring on the ceiling. This was not the place to find a holy man. They reside by the gardenia-soaked banks of the Ganges, or inside cavernous mountain dwellings, or shaded by boughs of the bodhi tree, not in dilapidated East Village tenements.

As she turned to leave, an ancient voice, gentle and lulling, drifted down to her. "At last, at last. You have come, good girl. Bah." She looked up. Dressed in traditional Indian garb, a pale blue dhoti, and matching kurta, Guru's gold-hued skin glowed, and he seemed to flood the stairwell with his radiance.

When she and her very first boyfriend fled Chicago, leaving behind her abusive alcoholic father, she actively began her search for spiritual fulfillment. In her earnest longing, she had wandered through San Francisco, the epicenter for alternative spiritual paths, kneeling in silent zazen at Zen temples, dancing and whirling with Sufi mystics, quietly reflecting in Quaker Meeting Houses, and clapping and chanting at the Hare Krishna temple, but everything, even the splashes of mysticism, felt too formal and processed, reminding her of dreaded days in Catholic school. Once, years ago, she had read that when the disciple was ready, the guru would appear.

And there he was, leaning over the railing from the floor above, as though he had been standing there, waiting for her, her entire life. Why had it taken her this long to arrive? And how could she possibly waste one more minute when her guru had finally appeared? At that moment she chose to surrender her entire existence to him. This guru was the answer to all of her questions and longings. He seemed to know her, and perhaps he could fill all the gaping holes that echoed inside.

He motioned for her to follow him inside his crowded apartment where the guests sat upon a bare wood floor in silence. Through swirls of sandalwood incense smoke, Guru instructed her to sit beside a young hippie, barefoot and with a sour odor. After hours of potent, silent meditation, Guru stated that if she wanted to "jump into the sea of spirituality," she would marry the long-haired man.

That, according to my mother, is how she met my father. The blond mendicant, my father, was also at Guru's for the first time. He drove from Yale University, where he was a graduate fellow studying philosophy. Born in a refugee camp in Augsburg, Germany, to Estonian parents who had fled when Stalin's troops invaded their homeland, my father's family immigrated to America and settled in Bismarck, North Dakota.

Thoroughly dissatisfied with Bismarck's status quo, by his late teens, my father devoured drugs along with sacred Sanskrit texts as he hitchhiked, journeying through communes and churches for answers to his questions on the meaning of existence. He found the ancient tradition of asceticism appealing. After arriving at Yale, he began his own intensive course of study to become a sadhana, which included renouncing all material objects and attachments. He welcomed personal discomfort and self-denial as important steps toward inner strength. He roamed the Yale campus barefoot, even in the midst of the New England winters, as part of his spiritual practice. According to my father, the night he entered Guru's apartment, he planned to take a vow as a sanyassi, a celibate monk, to learn about the realms of the inner worlds first-hand from a true Yogi. The last thing he expected that night was acquiring a wife and stepson. When Guru blessed them both, pressing his hands over their foreheads, they felt a river of warmth course through them, awakening their senses. With closed eyes, Guru chanted in Sanskrit, and in the incense haze and overheated space, his words felt familiar. He praised their inner aspiration, welcoming them into his "golden boat that will steer them safely through the ignorance-sea to the golden-shore of the Beyond."

My mother and my father were both fatigued charting their own courses, and the guarantee of safe passage to the golden-shore of the Beyond was not something to pass up. This guru felt homespun, humble, and lacked the trappings of protocol, profits, and proselytizing over which other religious groups obsessed. This was different — just a small circle of devoted seekers guided by a simple sage. It was exactly what my mother and father yearned for. Though neither one had a desire for marriage, they were thoroughly entranced by the idea of a life with Guru. They bowed their heads, accepting Guru's wisdom. And so on that night my mother and father became Sri Chinmoy's disciples.

Reprinted from Cartwheels in a Sari by Jayanti Tamm. Copyright © 2009 Jayanti Tamm. Published by Harmony Books/Publishers, a division of Random House, Inc. 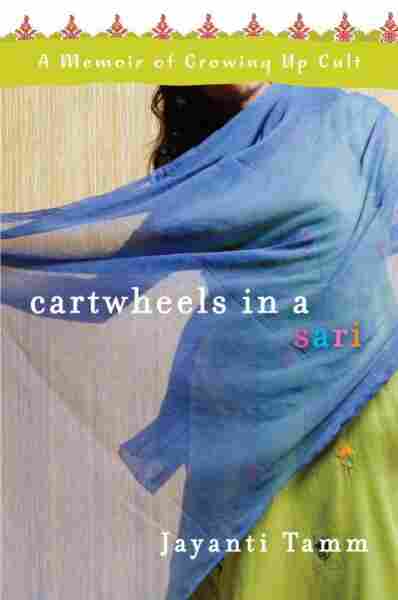 Cartwheels in a Sari

A Memoir of Growing Up Cult