Accessibility links
Cyber Scout Puts Autism Studies On Faster Track One of the big challenges for researchers studying autism is finding enough people to participate in studies. Recruiting can delay projects by months — even years. But a growing cyber network is putting families in touch with researchers and clearing the way to interesting discoveries. 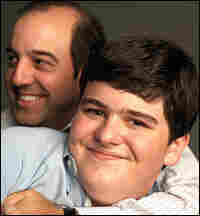 John T. Gillin Jr. and his son, John T. Gillin III, are among the thousands of people who joined IAN to share their experiences of living with autism and to find out about the latest research studies, treatments and therapies. Kennedy Krieger Institute hide caption 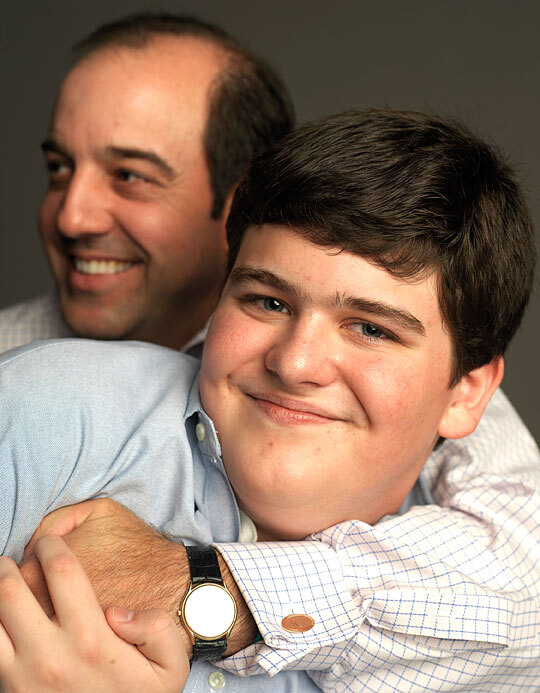 John T. Gillin Jr. and his son, John T. Gillin III, are among the thousands of people who joined IAN to share their experiences of living with autism and to find out about the latest research studies, treatments and therapies. 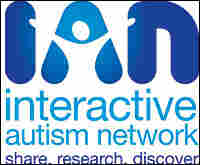 IAN directly links the scientists who are doing the research with the people affected by autism spectrum disorders. Kennedy Krieger Institute hide caption

Scientists researching autism are getting help from a friend in cyberspace: IAN.

IAN, which stands for Interactive Autism Network, is a research-oriented Web site created two years ago by the Kennedy Krieger Institute, a top-flight research center in Baltimore, with funding from Autism Speaks, a major nonprofit advocacy group

Since then, more than 10,000 families have registered with the site, and IAN has just added a provision that allows adults with autism to enroll. This growing Web-based community is helping researchers in the field with one of their biggest problems: recruiting.

Scientists haven't been able to find enough people with autism who want to participate in their studies, delaying projects for months or even years. But now when recruitment bogs down designs for large studies, IAN steps up.

Size Is Secret To Success

Jackie Klaver is project coordinator of a study now under way at the University of Illinois. She's trying to recruit 750 children with autism as well as their mothers and fathers.

The study is examining the genetic roots of the disorder. But recruiting was tough, Klaver says, partly because all the participants have to live within 100 miles of Chicago, and children in the study will need to make repeated visits for blood tests, MRI scans and an experimental treatment.

But things have picked up considerably since IAN sent out an e-mail appeal about the study to every family in its database that appeared to meet the criteria.

"I was flooded with calls and e-mails," Klaver says. "We probably received 30 contacts within probably less than 48 hours."

The secret to IAN's success is its size, says Dr. Paul Law of Kennedy Krieger, who runs the network.

When a family registers with IAN, it fills out an extensive questionnaire that goes into the database. In addition, families can choose to participate in specific studies, either online or in person.

The vast database helped reveal a link between depression in mothers and autism in their children. Researchers had known about high rates of depression among these moms, but thought it might have been a reaction to their child's problems.

But information from IAN showed that "more than half the mothers were diagnosed with depression before they ever had the child with autism," Law says. That suggests some of the same genes may be involved in both problems.

Of course, a database that relies on self-reported information is less reliable than actual scientific observations and tests.

But that's a trade-off many scientists are willing to make, says Helen Tager-Flusberg, a brain researcher at Boston University who has used IAN for two studies so far.

"Even though they are relying on messier data," she says, "the large numbers, I think, counterbalance the fact that you haven't been able to do direct assessments with the participant."

And Tager-Flusberg says there's no quicker way for a researcher to find people for a study.

"IAN plays this wonderful role of facilitating the connection between researchers and families," she says.

That role is likely to be even more important in the coming years.

The president's economic stimulus package is putting more money into autism research, which means even more scientists will be looking for people to take part in their studies.