Accessibility links
Iran Charges U.S. Journalist With Espionage An Iranian official said Wednesday that American journalist Roxana Saberi, who has been jailed for more than two months in Iran, had been charged with spying for the U.S. Secretary of State Hillary Clinton told reporters that the White House is "deeply concerned by the news" of the charges.

An Iranian official said Wednesday that American journalist Roxana Saberi, who has been jailed for more than two months in Iran, had been charged with spying for the U.S. Secretary of State Hillary Clinton told reporters that the White House is "deeply concerned by the news" of the charges.

Yesterday, we brought you an interview with the father of Roxana Saberi, the Iranian-American journalist who's been held in a prison in Iran for more than two months. Well, today there is news that Saberi has been charged with espionage. An Iranian judge told state TV that Saberi was passing classified information to U.S. intelligence agencies, in the judge's words, under the cover of a journalist.

In his interview with us yesterday, Roxana Saberi's father said his daughter was concerned about statements she had made under threat, while she was being interrogated.

U.S. Secretary of State Hillary Clinton told reporters today that the White House is deeply concerned by the news of the charges.

Roxana Saberi has reported from Iran for NPR, the BBC and other news organizations. 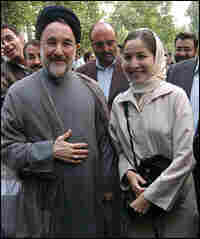 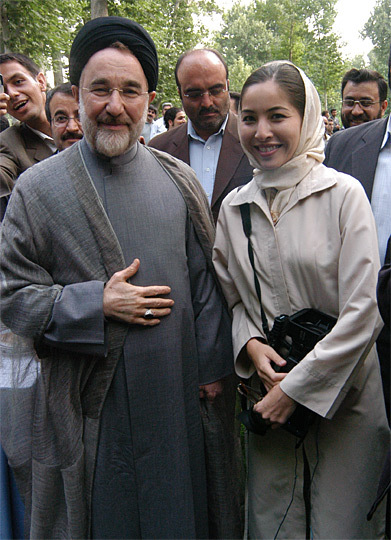 Secretary of State Hillary Clinton expressed the Obama administration's concern over reports that U.S. journalist Roxana Saberi, an NPR freelancer, has been charged with espionage, reiterating her call for the reporter's speedy release.

"We are deeply concerned by the news that we're hearing," Clinton said at the State Department. She said the White House was working through Swiss diplomats in Iran for the "most accurate, up-to-date information."

"I will, as will the rest of the department, continue to follow this closely and we wish for her speedy release and return to her family," Clinton said.

Saberi, who has been a freelance reporter for NPR, ABC News, the BBC and other news organizations, was born in the United States and holds dual citizenship. She was told of the charges against her just two days after receiving a visit from her parents at Tehran's Evin prison, according to her lawyer, Abdolsamad Khorramshahi.

Iran's ISNA quoted a judge Haddad as saying Saberi "had been carrying out espionage activities ... under the cover of a journalist ... and she has accepted the accusations." The news agency gave only the judge's last name.

"She has been charged and a branch of the Revolutionary Court is reviewing her case now," Haddad said, according to ISNA.

Later, Haddad was quoted as saying that Iran did not recognize Saberi's claim to dual citizenship. "She is an Iranian citizen. There is no document to show she has dual nationality. ... This issue has no impact on reviewing her case in Iran's judicial system," he said.

The move to charge Saberi after weeks of uncertainty over her fate was certain to complicate the Obama administration's efforts to thaw relations between Washington and Tehran. The two nations cut ties nearly three decades ago, after Iran's 1979 Islamic Revolution. But President Obama has offered to extend a hand of peace if Iran "unclenches its fist."

At the time of Saberi's arrest Jan. 31, Iranian officials said she was working with expired press credentials. However, Saberi's father told NPR in February that his daughter was detained for buying a bottle of wine. Purchasing alcohol is banned under Iran's Islamic law.

"She said that she had bought a bottle of wine and the person that sold it had reported it and then they came and arrested her," Reza Saberi said, adding that she believed the incident was a pretext to arrest her.

The journalist's father has confirmed that her credentials were revoked in 2006 but said the government had tolerated her reporting short news stories out of the country. He said she had stayed in Tehran to pursue a master's degree and was doing research for a book about Iranian society but was planning to move back to the United States later this year.

Saberi's parents, who live in Fargo, N.D., visited her Monday in Tehran.

"She looked pale and a little weak, but then we talked, her spirits were good," Reza told NPR on Tuesday, after the visit but before the charges were announced.

"She told us that she would like to visit her lawyer again and that in the file there are certain things that are not true," he said. "She wanted to point out to the lawyer that apparently some of the statements were made under pressure, under threat, you know. So that they were not valid."