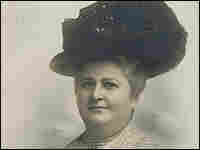 Lizzie Black Kander wrote The Settlement Cook Book in 1901 as a fundraiser for a social services agency. The book would have a lasting impact on American Jewish cooking. Wisconsin Historical Society hide caption 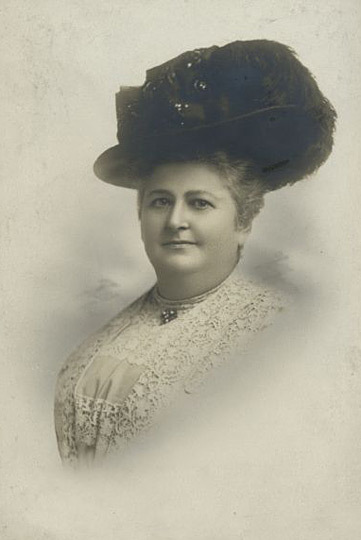 Lizzie Black Kander wrote The Settlement Cook Book in 1901 as a fundraiser for a social services agency. The book would have a lasting impact on American Jewish cooking. 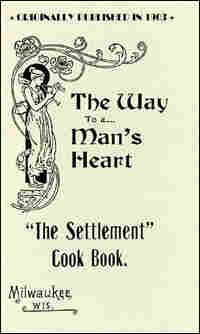 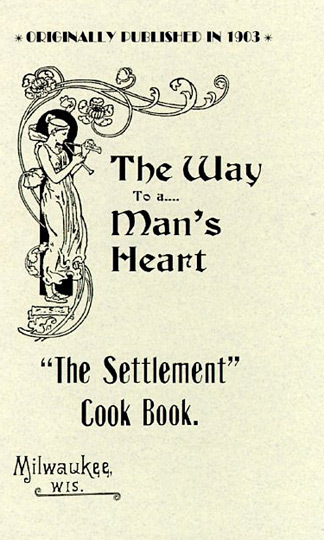 The subhead of the book's 1903 edition offered a new selling point to homemakers.

In 1901, Milwaukee homemaker Lizzie Black Kander taught cooking classes to immigrant women at The Settlement, a social service agency for the urban poor. When The Settlement itself needed help, Kander had a fundraising idea that would prove to have a lasting impact on American Jewish cooking: She compiled a book made up of her recipes and household tips and published it as The Settlement Cook Book.

The cookbook offered more than just recipes. For recent Jewish arrivals from Eastern Europe, The Settlement Cook Book was an instruction manual for the American kitchen and an introduction to American life. These immigrants looked, dressed, worshipped and even ate differently than did the established — and often prosperous — German-American Jews of Milwaukee, who feared that the new arrivals would pull them down and even inspire a new wave of anti-Semitism.

"Certainly there was true philanthropic goodness," says Nora Rubel, who teaches the history of religion at the University of Rochester in New York. "But I think there was also an underlying concern that if they didn't Americanize they would reflect badly on the Jews that were already there — partly because they were so visible."

In 1901, the first edition of The Settlement Cook Book — 1,000 copies — quickly sold out. Then a remarkable thing happened: During the next several decades, the book went on to sell more than 1.5 million copies worldwide, remaining a best-selling cookbook well into the 1970s.

Even today, The Settlement Cook Book inspires great devotion. Joan Nathan, author of Jewish Cooking in America, owns 18 different editions of the book. Her 95-year-old mother was given a copy in 1937 as a wedding gift, and it remains in her kitchen today.

"She always looks at it for recipes, even though I've written nine cookbooks," Nathan says. "She considers it her Bible."

The book's early editions actually contained few Jewish recipes — the immigrants already knew how to make gefilte fish. But over the next 40 years, Kander revised the book to include foods from many nations, as well as recipes for the Jewish holidays. A Nathan family favorite is kremslach.

"It's like a fritter, with matzo that's been soaked in water and dried, and matzo meal and nuts and raisins," explains Nathan. "You fry it. And then you serve it either with a wine sauce or you serve it with prunes. My mother — the way that she makes matzo balls is in there. Everything she wants to do that's Jewish is straight from The Settlement Cook Book."

According to Rubel, Jews see it as a Jewish cookbook: "It really is the first cookbook to see Jews as part of the fabric of America," she says. "And I think there's something very compelling about that. This is our tradition and it's part of this grand tapestry of American culinary ideas."

For the modern reader, Kander's book is a window into another era. She spoke about The Settlement Cook Book in a 1933 interview with WHAS Radio, Louisville, Ky., saying:

"I surely like the man of the house to be interested in cooking, but only to give a helping hand in case of necessity. I really don't think it is a man's business to putter around in the kitchen. I want him to be surprised and pleased when he gets to the table. That is where he should forget all of his worldly cares."

Antiquated gender roles aside, there are other ways the book is dated. It's not about local food or slow food, and the recipes are certainly not heart healthy. Though it's still published today in facsimile editions, The Settlement Cook Book is best known by older generations.

Kander, who died in 1940 at age 82, was committed to preserving the book's legacy. She personally revised 23 editions during the second half of her life.

"This woman was totally devoted to this cookbook," says Nathan. "And it became fun for her. It was a driving force. She traveled the country. She constantly had new ideas. And she did something wonderful for the Settlement House in Milwaukee."

Decades after the initial publication of The Settlement Cook Book, father of modern American cooking James Beard was asked for the name of his favorite cookbook.

"If I consult a cookbook at all, it is likely to be by one of these sensible, flat-heeled authors like the famous Mrs. Kander," he replied.

Baking a Potato: How I Came To Love 'The Settlement Cook Book'

When I was growing up, The Settlement Cook Book was the only cookbook I can recall ever seeing in our kitchen in Flushing, N.Y.

In Lizzie Black Kander's cookbook, there were a lot of rules. And I'm sure my mother followed Kander's strict — but always sensible — advice to the letter.

These are "General Rules" for cakes from my mother's copy of the book (the 23rd edition):

"All ingredients should be at room temperature for best results. Before starting to bake, bring all materials to the work table. Have round bottom earthen mixing bowl large enough to hold all ingredients for the final beating and folding. All measurements are level."

I loved watching my mother combine the ingredients for cakes with The Settlement Cook Book open next to the mixing bowl. Most of the time, she'd use the electric mixer. Other times she'd let me stand on a chair and I'd stir the ingredients manually.

I remember doing this with the morning sun streaming into the kitchen. My mother was happy. I was happy. I believe Kander would have been happy, too.

Some years later, when I graduated from college, my mother gave me her now yellowed and battered copy of The Settlement Cook Book. I suppose she didn't need it anymore. Kander had already taught her what she needed to know. And she probably figured that I'd need the advice more than my sisters would.

In the kitchen of my first apartment, The Settlement Cook Book came in handy right away.

"Baked Potatoes: Take even sized potatoes. Scrub and cut out black portions. Place on rack or floor of hot oven (380 degrees F.) not too close together. Bake one hour or until soft. Pierce with a fork to let the steam escape."

I didn't know why the steam needed to escape, but I didn't question it. I still don't. 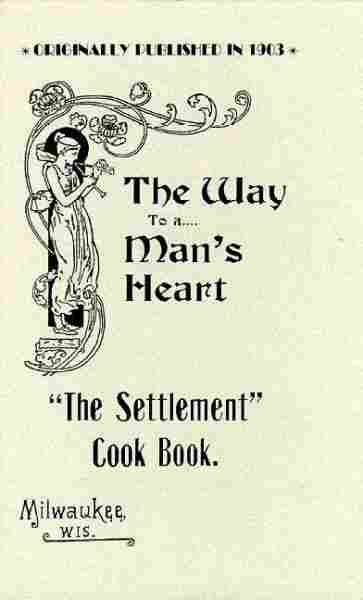 by Simon Kander and Henry Schoenfeld