Accessibility links
Utah Finds Surprising Benefits In 4-Day Workweek Utah last summer became the first state to mandate a four-day workweek for its employees. A recent assessment of the program found the expected energy cost savings haven't materialized, but there have been unexpected boosts to productivity and worker satisfaction. 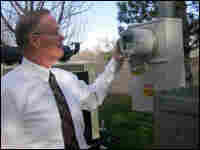 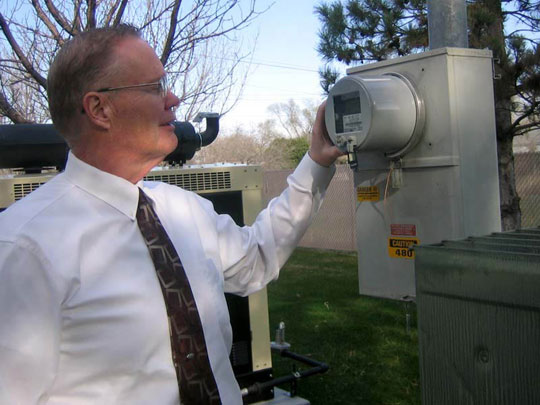 Last summer, amid surging gas prices, Utah became the first state in the nation to mandate a four-day workweek for state employees.

A recent assessment of the program by state planners found the expected energy cost savings haven't materialized, but there have been unexpected boosts to productivity and worker satisfaction.

Sonia Smith is one of the 18,000 state workers who began a four-day, 10-hour workweek eight months ago. At first, she says, she was shocked and scared about the change. The state accountant is a single mom, and she worried about child care for her 10-year-old son. Now, Smith is a champion of the switch.

"I like having the three-day weekend," Smith says. "I like being able to have one day set aside to do everything that I need to do, and then the other two days where I can devote to my son."

Every Friday morning now, Smith volunteers at her son's school. She helps students with their spelling tests and relishes the extra time with her son. Smith's family and baby sitter adjusted their schedules to enable her to work the adjusted hours.

Smith is among the 70 percent of Utah state employees surveyed who now say they prefer the shorter workweek. Mike Hansen, strategic planning manager in the Governor's Office of Planning and Budget, says one of the more surprising effects of this workday change is that employees are now taking significantly less leave.

"That's increased productivity — that's employees behind their desk more this year than the last two years, to the tune of 9 percent" less time off, Hansen says. Paid overtime is also down.

But when Utah implemented the shorter workweek, the goal was to cut energy use by 20 percent and save the state money — and those big savings haven't come through yet.

So far, energy use has been reduced — but only by 13 percent. Each of Utah's 900 government buildings is unique. State energy managers have to figure out how to turn everything off on Fridays — especially the massive heating and air conditioning units.

Energy specialists monitor kilowatt hours used at state buildings, looking for inefficiencies that might be driving costs up. In May, the state also plans to kick off a peer-to-peer energy reduction campaign in each department.

Not Everyone Is Thrilled

The shift to longer hours isn't without other challenges.

For Nicki Lockhart the change has taken a toll emotionally and physically. "I hate it," she says. "It is not working one single bit for me."

On a recent day, Lockhart walks around her office building. It's about 3:30 in the afternoon, right when fatigue is starting to set in, with nearly three more hours of work left to go. "A 10-hour day for me is like eternity," she says.

By the time the customer service agent gets home and eats dinner, she says, it's time for bed. By Friday, Lockhart is so stressed out, she gets headaches. She's one of the 20 percent of state employees who are still struggling with the change.

All Eyes On Utah

But the good news, for everybody, is that the reduction in Friday commuters and the energy savings in buildings have cut down the carbon dioxide pumped into the local air. And the public — the people these government offices serve — seems happy with the change.

Exiting the Department of Motor Vehicles office, Utah resident Jose Sales says he likes the 10-hour days the program created "because I can come in after work and take care of my business — 20 minutes and I'm done."

Utah Gov. Jon Huntsman will decide next summer whether to make the four-day week permanent. If Utah's experiment succeeds, it could have an impact on thousands of workers across the country.

"Nobody else has done it like this on this scale," says Hansen of the Office of Budget and Planning, "and everybody is watching."